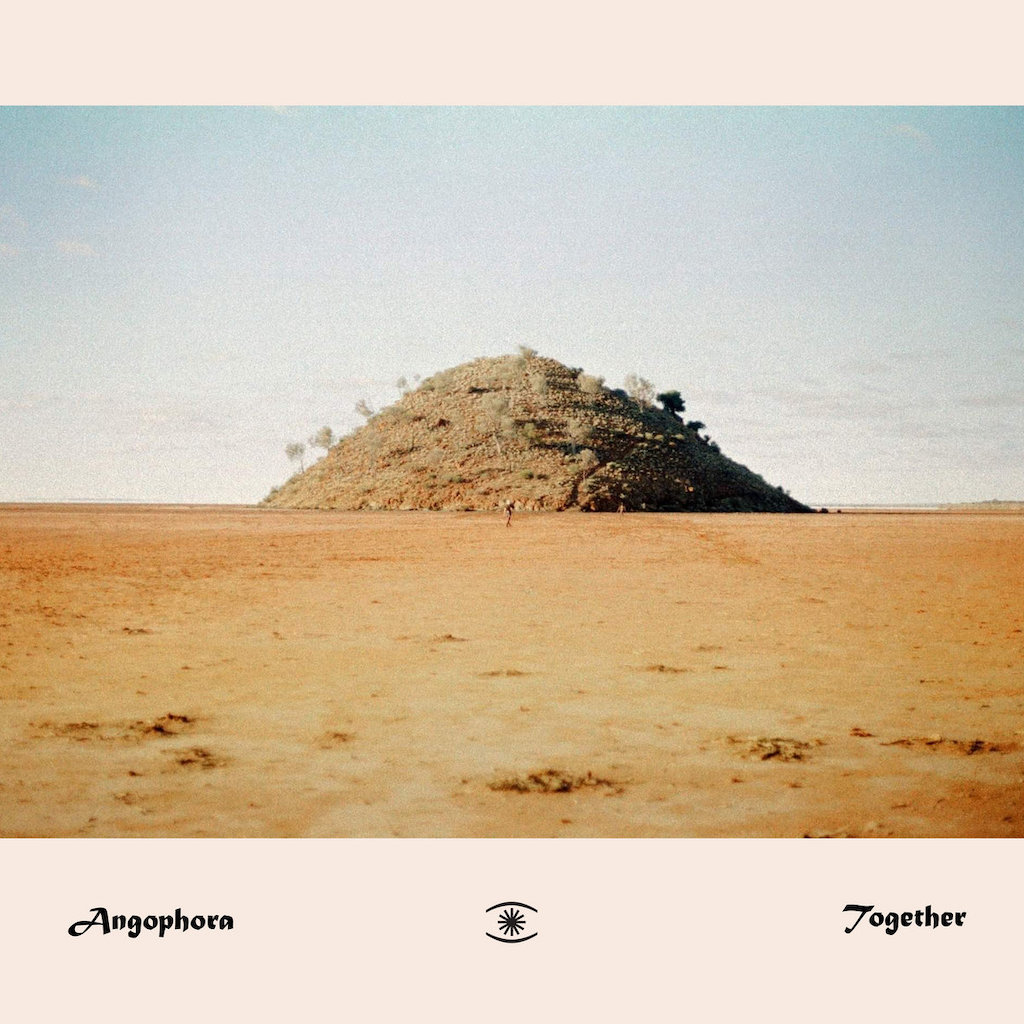 The title of Angophora`s Together – their sophomore album, released by Music For Dreams – I guess, is a reflection of the Australian duo’s working / recording practices, the gentle, intuitive, instinctive dynamic that dominates the proceedings. The vibe is electro-acoustic, with the two`s interchanging guitars swapping prettily picked – sometimes Spanish leaning – Americana serenades, set to an assembled organic orchestra of hand percussion. Bucolic bongos, tabla, and what sounds like assorted water-filled vessels, accompany the fine fretwork in solar-saluting rituals – suitable for sun-up and / or sun-down – and it`s brilliantly done. While only their second outing, Angophora, Max Santilli and Jacob Fugar, demonstrate considerable drum circle skills – worthy of ECM veterans, or label mates Mikkel Norsdo and Ole Thiell. Plugged-in their axes sing the blues – sometimes treated to Frippertronic-like infinite delay. Snaking alongside modular synths above a sublime syncopated battery, while Eastern-influenced drones buzz in the background of the piano-led pieces. The 9 incredibly accomplished, fantastically actualized, atmospheres are perhaps too laid back to be called grooves – instead a featherlight fusion. One that summons heat-hazed, blue-skied, wide open landscapes. An acknowledged nod to the chaps` rural home. Starting is stunning, but Currents is probably the standout.

You can purchase Angophora`s Together, directly, from Music For Dreams.

One thought on “Angophora / Together / Music For Dreams”