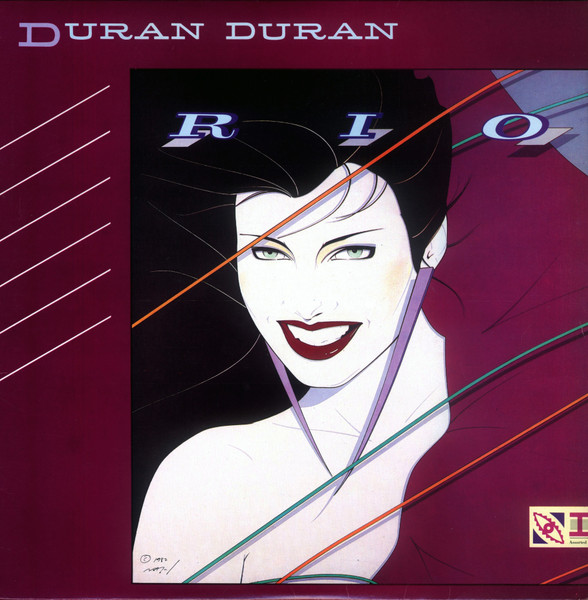 To mark the frankly horrific fact that May 10th, 2022, is the 40th anniversary of the release of Duran Duran’s “Rio”, one of my all-time favourite LPs, I thought I’d do a little series of pieces on Birmingham’s finest export … my god, I’m so old …

It’s easy to imagine that Duran Duran burst onto the pop music landscape in 1981 with the fantastic single, Planet Earth, catapulting them to the top of the charts and global mega stardom, and never looked back. The truth is often less dramatic than that. I think I can argue that things might have gone either way if it weren’t for this completely bloody brilliant single.

OK, so that might be a bit of a stretch, however, the band`s second single, Careless Memories, was a gigantic misstep, and a rather shocking flop – stalling at #37 in the charts and falling out the top 40 after only 4 weeks. Not a great sign for the hotly tipped heartthrobs. Their debut self-titled LP was then released on the back of this flop single and lingered around the lower reaches of the top 10. Not quite the smash hit the band and record label were expecting.

Then this fabulous beast of a record was released as a single. From the wonderful opening sound effect of camera shutters snapping away furiously, Roger Taylor`s syncopated drums thump the life out of you while one of John Taylor`s finest bass-lines throbs and wriggles in all the right places. Andy Taylor`s stark, economical guitar playing lays down a riff which sounds like Wire covering a Chic record, and we’re straight into lift off. No messing about. On the back of this single piling into the top 10, the LP starts creeping back up the charts as well.

If there were any doubts that Duran were just a bunch of pretty boys trying to ride the New Romantic express to success, then this wonderful few minutes of sexy, urgent, exciting, pop music totally dispels them…and little did we know they were about to get even better.

A lot has been made of the massive impact the incredibly sexual promo video for this single had in the success of the band. That might be true for America, but to be honest, if you were living in the UK, and were the age of most Duran Duran fans, you never saw the video until many years later. No MTV in the UK back then, and most pop music programmes of the time like TOTP and The Tube couldn’t play it, so would only have been shown on the trendy new video jukeboxes which were appearing in the glitzier pubs and bars of the time.

As these arrived less than a week apart, I’ve decided to join them up!

The lead up to Rio`s release is a bit weird and protracted, with first single, My Own Way, appearing late in ’81 – making it feel more like a part of the previous, debut, LP. The band then set about recording the album at George Martin’s AIR Studio in London in January and February, meaning 6 months would pass before the next single would appear, just 6 days prior to the LP`s release.

Hungry Like The Wolf was a bombshell of a single, blasting a pathway for one of the best pop albums ever made to arrive. It even teased us with a modified version of the LP`s now iconic cover artwork. Ramping up the excitement of Girls On Film all the way to 11, and equalling its chart position at #5, “Hungry” also came with a video which was like a sexy, stylish version of an Indiana Jones film.

Rio itself opens like a rocket, with that wonderful effect of a reversed piano chord building to a crescendo, before leading straight into the title track. From that point on there isn’t a dull moment, with a re-recorded version of My Own Way next, and the LP powering through, propelled by Roger’s fierce drumming, John’s increasingly funky and complex bass-lines, Andy’s economic and exciting guitar riffs, and a hypnotic array of insistent sequences and melodic synth washes from Nick Rhodes.

The album is also notable for the way that the tracks break down, mostly to just the rhythm, drums and bass-lines. This is a common feature of dance music, from funk to disco, and house and techno – though the latter 2 hadn’t quite been invented yet – but not so common in pop at the time. This tallies with the band`s excellent habit of releasing ‘Night Versions’ on their 12” singles – rather than just a mix extended with various studio edits, the band preferred to record new, longer takes, adding breakdowns and instrumental passages by playing them live in the studio.

Rio builds to a beautiful climax on side two, ending with the twin jewels of the ‘Balearic as f@@k’ Save A Prayer – which, as the third single, would be their biggest hit to date, reaching #2 – and The Chauffeur, a sexy, hypnotic electronic pop masterpiece, which is my favourite track from the LP, often being slipped into my sets to this day.

Rio is quite simply one of the most perfect pop moments of all time. It even looks like one – with the timeless, and yet SO `80s, cover painting from L.A. artist, Patrick Nagel –  swaddled in Aston Villa claret and blue by graphic designer Martin Garrett to create one of the greatest and most instantly recognisable pop images ever made.

I have a lovely memory of driving to Kew Gardens with my dad and brother, Chris, in the summer of 1983 in dad’s old VW Golf, blasting this LP at insane volume, with all three of us singing along…

(I’m sure this is an incorrect amount of “do”s, but this is what’s written on the song’s lyrics on the LP inner sleeve.) 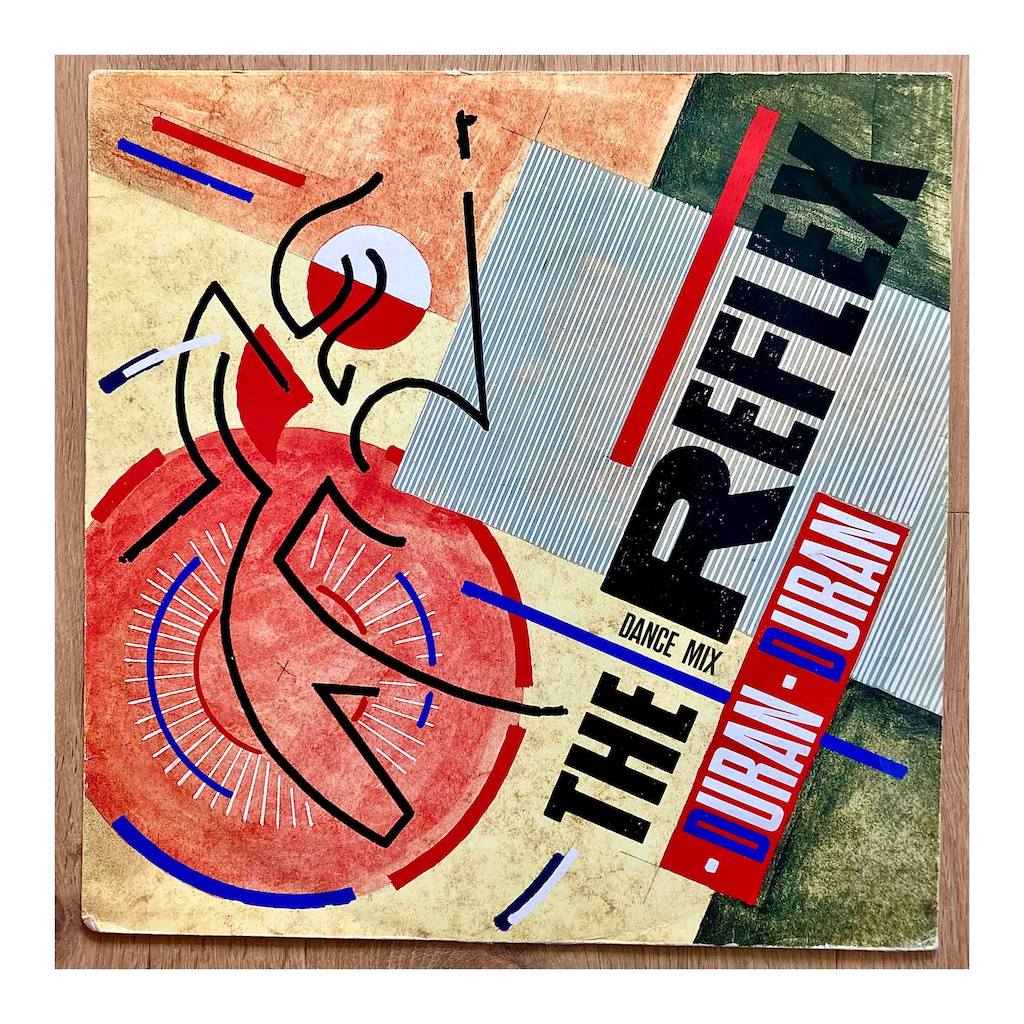 So, the success of Rio takes Duran Duran stratospheric. Although neither the LP, or any of the singles from it get to #1, the album continues to sell and sell – shifting almost 3,000,000 copies worldwide. They then have their first #1 with Is There Something I Should Know, early in 1983, almost a year after the release of Rio, and there’s then a bit of a gap before their next album, Seven And The Ragged Tiger, arrives in November – almost 18 months after Rio, which seemed like an age in that era of pop music.

Although Seven And The Ragged Tiger was a great LP, spawning 2 top 10 singles, and selling well, it still felt a little anti-climactic after Rio…until the third single from it was released. The band were apparently a little disappointed with the final version of The Reflex, which nonetheless made the cut for the LP. They’d also been long time admirers of Nile Rogers, of Chic fame, and so asked him to remix it. The band were delighted with the results, feeling he’d created the definitive take on the track that they’d hoped was always there. The record label, less so, telling the band that it sounded “too black”!? The band dug in, insisting that it was released, and it became their biggest ever hit single, entering the UK charts at #5, before spending the next 4 weeks at #1 – only being knocked off the top spot by WHAM!’s Wake Me Up Before You Go Go, which was in turn displaced by Franke Goes To Hollywood’s Two Tribes, which was then toppled by George Michael’s Careless Whisper. What a time to be alive! More importantly the remixed Reflex was their first American #1, and would reach #1 all over the world! The Nile Rogers mix is the f@@king nuts! So good it that was sampled by Carl Craig. Too black? Too strong!

By the end of 1984 Duran Duran had conquered the world, or more accurately, America, which in terms of selling records is all you really care about isn’t it! They finished the year with market saturation – a live album, called Arena, and all manner of commercial spin-offs, including a board game, and another hit single, the quite weird but excellent nonetheless, Wild Boys, produced by Nile Rogers…plus, they kicked Spandau Ballet`s arse on the Xmas special of Pop Quiz!

They then proceeded to fall apart in quite dramatic fashion. The constant touring and recording of the previous 4 years, coupled with the band`s predilection for enjoying the, err ‘trappings’ of the rock and roll lifestyle started to take its toll on some of the members. Their only activity as a unit that year was to record what is for me the last truly classic James Bond theme song, the excellent A View To A Kill.

They decided, instead, to spend time on other projects, so John and Andy went off and formed the frankly rubbish Power Station with Robert Palmer and Tony Thompson of Chic, while Simon, Nick, and Roger, created Arcadia, and released an album called So Red The Rose – an album that I like way more than is normal. I wrote a post about it last year. I own 4 copies of it, and some of the singles – I need help. As well as all this, Simon managed to find time to almost die in a boating accident during the Fastnet yacht race.

They should all have taken a holiday – but they didn’t, which meant that by the time they came to record their next LP, Andy and Roger felt they’d had enough and left the band. The remaining trio reached out to Nile Rogers again, and with him on board as producer managed to record Notorious, which is a very fine LP. It arrived in a world that had completely changed in the nearly 3 years since their last studio album, and so is considered something of a flop. But it’s great. No really, it is. Give it a listen. 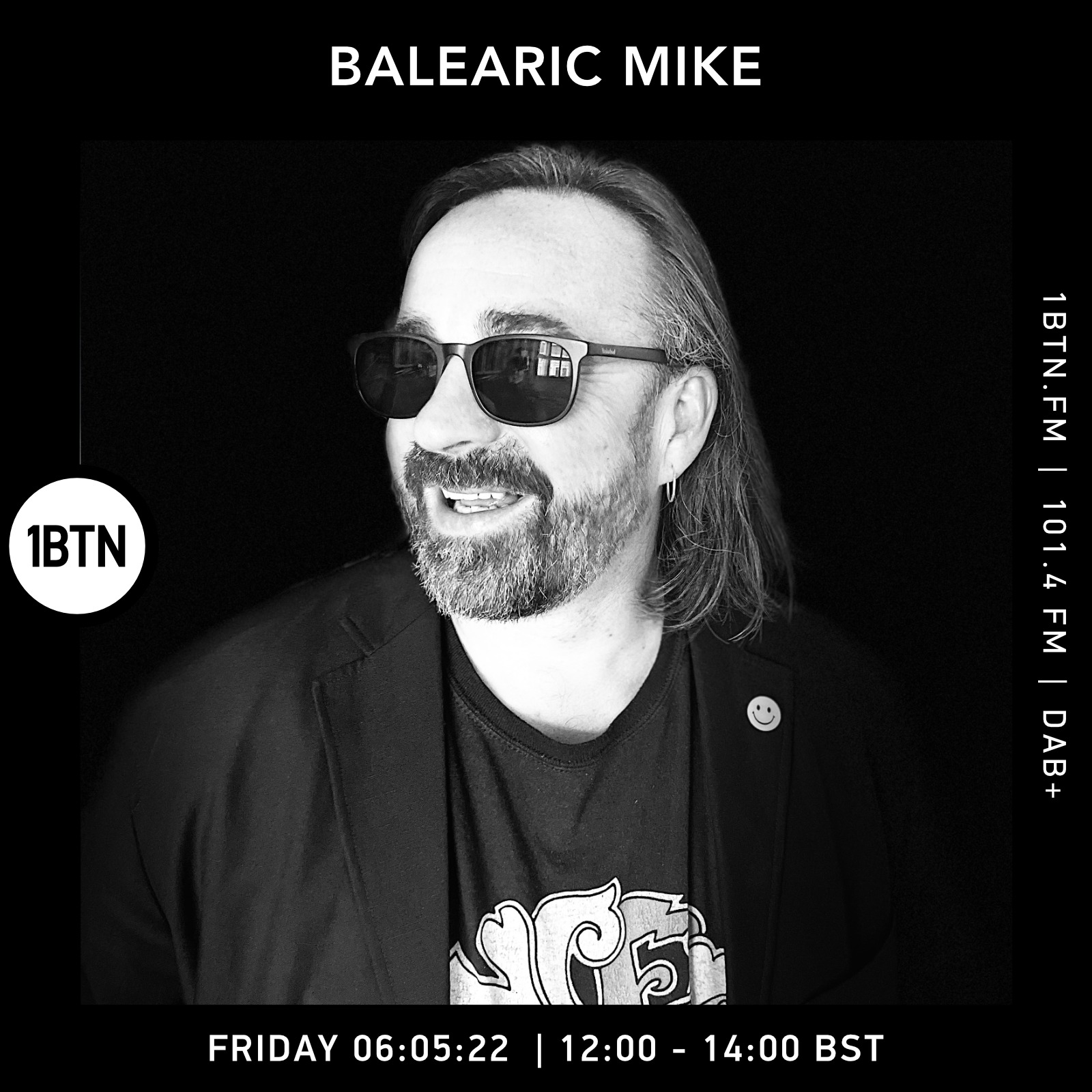