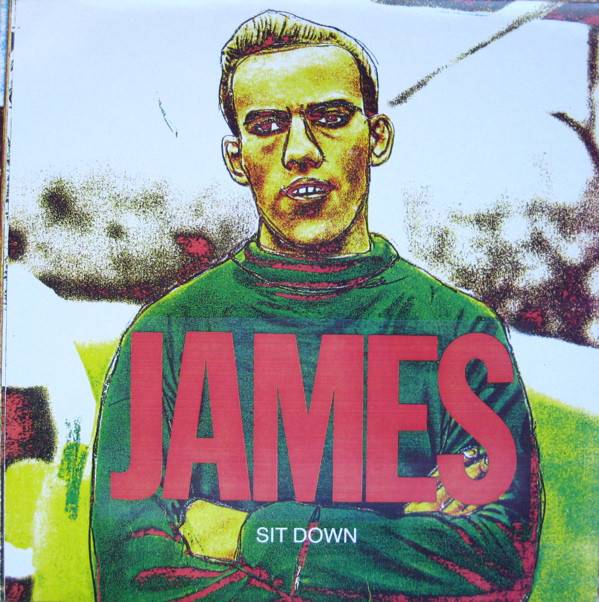 “If I hadn`t seen such riches I could live with being poor.”

Al would quote this line. Allude to the heights he`d reached and his need to keep reaching them. Being high was better than being straight. He had the back room on the ground floor, out past the kitchen. Away from usual meeting points, like the cupboard that passed for a lounge, the landing, or the hall. His door was always shut. You`d have to make the effort to check if he was in. Al had failed his third year finals. He had the option of leaving with nothing or do another year for an ordinary degree. This fourth year had seen the return of the language students from their placements abroad. Charlie from China. Maz from the South of France. Maz with a load of dirty stories, involving rolling toilet-traders, but clean. Hell, he didn`t even smoke anymore, which posed a bit of a problem as Stevie was dropping off a nine-bar every Friday. Something Stevie had bullied us into. He`d suggested it and we`d been too wasted and intimidated to say no.

Stevie was from somewhere Merseyside. Lanky Rachel`s older boyfriend from home. He`d told us he was a gangster, which we had no reason to doubt. We`d been buying drugs from him on and off for the last couple of years. Now he`d drive over for the weekend, deliver a nine-bar, collect payment for the previous one, and leave Rachel with quality friction burns on her chin, elbows and knees. There was no “sale or return”. We had to shift the lot every week, or find the dough. I mean, we got a ton of puff for free with no more taxis to Chapel Town. No more quarters cut with hunting knives through open car windows. No more waiting outside squats with mohawked, mohair jumpered, army booted Aggi. No more waiting for his fellow crusties to turn up with an ounce. Before, once in a summer-long dope drought, we`d been so desperate that we`d borrowed a book from the Medical Library on psychoactive plants. Drawn up a list, and set off across Hyde Park for the herbal “head” shop. There were looks of horror on the faces at the counter when we asked for Jimson Weed and Rose Thorn. Back in the days before Ayahuasca package tours I guess they were shy of manslaughter charges and convinced us that a weight of kava root would be more our bag. Told us that if you chewed enough it was like cocaine. So there we were a room full of half-wits, chewing, asking “You feel anything yet?” It did make your tongue go numb. Probably out of fatigue. The line was, “Dope`ll get you through times of no money, better than money`ll get you through times of no dope.”

But panic would set in every Thursday night as we realised the short fall. We`d all be off out cornering our own stooges, convincing them that whatever we had was “double-soaked”. Hiking up prices and taking their money for gear they didn’t really want. We forced so much “Thursday Night” stuff on Matty P that by Christmas he was convinced he could levitate. We`d gone from users to pushers. We were clueless, smoking loads and just got careless. Strangers would be knocking on our front door looking to score. Then people began to stop Maz and Charlie, who were not part of the deal, in the street. That`s when they got pissed off.

I`d be out at lectures and practicals most of the day. There was a strong possibility that Al never left his room. He`d be asleep when I left in the morning and as far as I could tell only surfaced when folks came home for dinner. If I ventured into his room during daylight, to share a joint, his curtains would always be partly drawn. His clothes still crumpled in a suitcase. For some reason there was still rice all over the floor. Fucking everywhere. That, and photocopied course notes. Al had done the course, all three years of it. He now had to learn it. But Al had no lectures. Only a once-a-month session with a tutor to check on how he was getting on. You could see how the days might drag.

Stevie would leave Al a little brown, and he`d smoke this with the hash, to take the edge off the boredom. To dull himself, while everyone was out. He`d smoke a little more before bed. Then it got so that he was always way, way more out of it than anybody else. The brown of course was a secret. Perhaps Adrian knew. But then Carrie caught the sweet, sticky scent and was heartbroken. Al finally `fessing up a couple of hours before she was about to take to an open-air stage for the first time as Hermia, in A Midsummer’s Night Dream.

“Belike for want of rain, which I could well. Beteem them from the tempest of my eyes.”

The rest of us were angry. Furious with him for being so stupid. In our youth and innocence heroin seemed the same as suicide. The mess we`d made of ourselves up until that point had seemed a joke.

“What the fuck are you doing?”

He`d apologised while I pushed him round the pub.

“You`ve got everything. Looks, smarts, wealth, friends, any woman you want. Why are you throwing it away? I`ve got nothing. How about we swap places? My life for yours?”

I`d obviously spent too much time in front of the TV. Absorbing Matinee heroics. Something that probably started with The Flashing Blade. Too long in the library. A Tale Of Two Cities.

“It is a far, far better thing that I do, than I have ever done.”

Too long on my own memorizing song lyrics. I was like a lover cheated.

Crushed, after being duped into thinking that there were no secrets between us. Everyone wanted to be Al`s best friend, and I was just one of a crowd. Any guesses I made about why Al always had to do at least one more were self-centred. Transferring my insecurities on to the most handsome, most popular, guy I knew. . Imagining that he felt the same way I did. That he might share a lack of confidence. A shyness escaped from, excused by, substance, any substance, abuse. That despite his front, all the bravado, all those women, he might also consider himself a disappointment. This was the boy who boasted that he was the Son Of A Preacher Man, that Dusty Springfield sung about.

“The only one who could ever reach me.”

Who would flex his chest muscles, stick out his chin, and through clenched teeth, offer us all out, as he pulled on a clean shirt, in readiness for a night out. Showing us the backs of his hands. Fanning and waggling his fingers,

Telling us he was the business. That this guy might share the fear of failure that stopped me from trying.

James span a frantic Folk out of sessions of improvisation and hot knives. Like The Smiths in places. The Rickenbacker jangle, and singer, Tim Booth`s primal scream therapy, Morrissey-esque yodel. But James owed more to the Post-Punk Highlife and Calypso lifts of other fellow Rough Trade bands. Songs by The Raincoats and Weekend. Such as Honey Mad Woman and Carnival Headache. James` jams sped up, slowed down, careered out of control. Dizzy, hippy-ish to tribal drums. Like stoned, sunrise dancers at WOMAD. Or lost-its on Glastonbury`s Green Field.

The crowd`s demands for human spectacle. For blood. For their performers to reveal, remove, everything. Their skin. Iggy Pop`s Lust For Life jeered on too far.

On birth, death, and reincarnation. Lyrics linked to the Lifewave sect, that Booth and bass-player Jim Glennie joined. John Herbert Yarr`s breakaway movement from Guru Maharaji Ji`s Divine Light Mission. Where attainment of enlightenment, “The Knowledge”, involved abstinence from drugs, alcohol and meat, and meditation on one`s inner light and sound. For Yarr, “Kalki”, the “Divine Master Ishvara”, it also included sexual favours from whomever of his devotees he chose. Booth`s theatrical vocals dominated the music and drove his own emaciated, shaven-headed followers into trances of manic, freaky, trance-dancing.

I took a dislike to the singer. Without ever meeting him. He reminded me of the people that University had put me with. Those from more cloistered, in my mind pampered, middle class backgrounds. Left wing soap boxers who appeared to be playing at “slumming it”.

A war would do.

Living on lentils but with rent, car, and back-packing holidays paid for by mummy and daddy. I took offence at Booth`s self-righteous air, because he resembled the “intellectuals” I`d meet at student parties. He was the sort of handmade, natural yarn-clothed, curly-haired wanker who`d come over and start hitting on the girl I was chatting up. Who, instead of trying to make her laugh, would be treading on my punchlines and banging on about Feminism. Quoting texts. Attempting to drag me into an argument. To embarrass me. Everyone at University was “nicer” than me. Better backgrounds. Better educated. I understood very little of my lectures. My only reason for going to University had been to get away from home. I was hiding. If I felt caught out, cornered, nurture had taught me to defend myself. I`d threaten him. He`d usually still refuse to let it go. Then I`d end up sticking one on him, and blow whatever chances I might have had.

When James re-recorded Sit Down in 1991 they got rid of the piano solo. Which was the only thing that had made it great in the first place. It`d come out of the speakers at the “bops” of the University and Polytechnic Unions, and their dance floors would fill with First Years acquiescing “in sympathy”. Me and H would walk through them, stepping over crossed-legs, careful of hands and feet, selling gear.

A war would do.