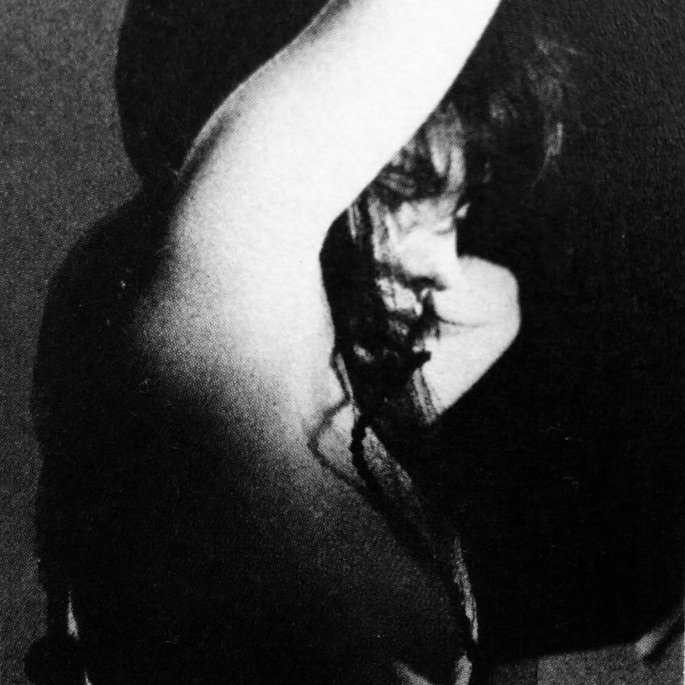 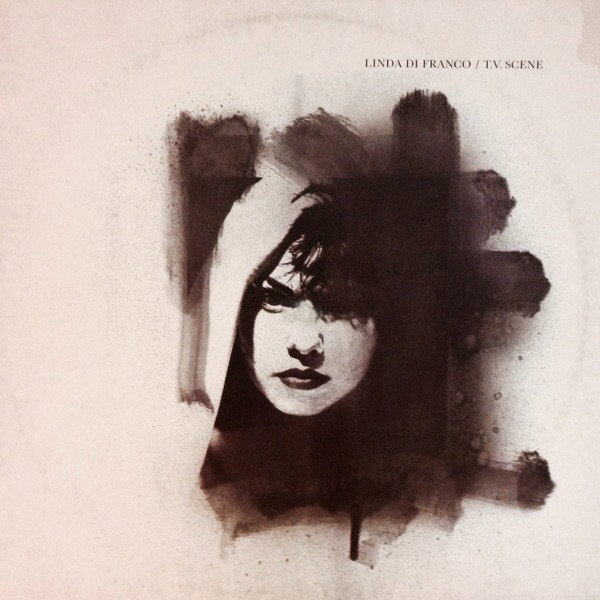 Kicking off with a classic reissue from Linda Di Franco, on Italy’s Groovin. TV Scene (97 BPM) was lifted from Linda`s sole LP, produced by John Hurst – a mate of ex-Teardrop Exploder Troy Tate. There’s a Bill Drummond / Teardrops / Echo & The Bunnymen connection going on that I can`t quite figure out, as Linda`s singles were released on Korova, a label set up for The Bunnymen. Anyhow, Don Was, of Was (Not Was) got called in to remix the 12s and he brought with him band members David McMurray – on sax – and Luis Resto – on keys. Don plays bass, and fellow Detroiters, Bruce Nazarian and Randy Jacobs (from the band The Automatix) lay down some “cool and breezy” guitar. I`m sure you know, and can sing along to, its chorus. On the flip of the reissue you get My Boss, which was one of the tunes included in Ku`s mid-80s promotional video, Look De Ibiza. Consequently it will forever be linked to the mediterranean and bikinis in my mind. Harvey also famously featured My Boss in his Sarcastic Disco Study Masters Vol. 2 mix. Where he gave it the cryptic, but appropriate, title of “Sexy Lady On A Beach”.

Linked by the sax, next up is Jungle Brown`s Keep It Movin (98 BPM), forthcoming on Mr Bongo. This is classy UK Hip Hop, built from Jazz samples. Harking (barking?) back to the days of The Underdog and The Brotherhood. The flow like a British Jurassic Five. Slipping between Rap and Reggae-tinged toast. Passing the rhyme around like The Younger Generation. Add a pinch of Roots Manuva, no need to hide, and a pride in their identity. Swinging coolly like Mc Solar spelling out L.O.V.E. with U.F.O. 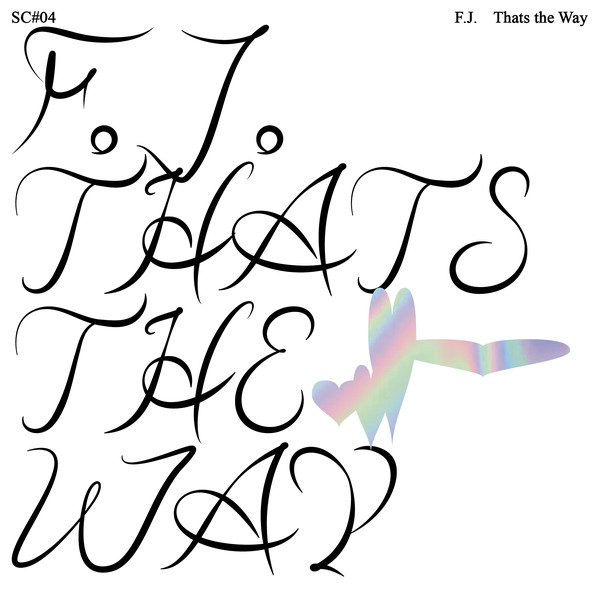 California’s Smiling C take a trip to The Bahamas, and collect the Cubase creations of Fritz Bootle, Jr. AKA F.J. His 90s blend of Lovers Rock and Erection-Section R&B balladry rescued from a series of privately-pressed 12s, as and E.P. titled That’s The Way. Six tracks of tropical Digital Pop Reggae, just the right side of Peter Andre, that skanks to a post-Soul II Soul / Movement 98 Balearic Beat.

Continuing the tropical theme, there are a couple of cuts that could be broadly labeled, Zouk. Max Rambhojan`s Tou`t Jou Pa Min`m (122 BPM) is enthusiastic, break-neck paced, Zouk Chiré, recorded by the Gwo-Ka master in Guadeloupe, in 1986. Cheered on by crowd vocals and carnival whistles. French labels Hot Mule and Secousse, have partnered the tune with a 1992 more electronic version, plus two downtempo pieces. The 86 original is as full on as La Compagnie Creole covering Jin-Go-Bah-La, while the 92 take features stuttering accordion sounds and steel pans. Of the slower songs, On Jou Matin is perhaps the one. A percussive slice of after sunrise Electric Maloya.

Sammy Massamba`s Propriété Privée E.P. was originally released in 1987. It contains four tracks of varying tempo, the most “up” being Highlife guitar-fueled Mizele Ngue. The Congolese musician, who`d moved to Paris at the end of the 60s, produced and hand-distributed the record. It`s now been licensed and put back out there, again, by Secousse. The accompanying sleeve notes are brilliant, and incredibly detailed, and at least three of the tunes are winners in my book. The title track, Propriété Privée, runs at 105 BPM, and has become super sought after, following its inclusion on Born Bad`s fantastic France Chebran Volume 2 compilation of French 80s Boogie. Its synth-y Proto-House exuberance shakes its stuff somewhere between V.O.`s Mashisa and Martyn Young’s remix of Mory Kante`s​ Yeke Yeke. The more chugging Sala Keba would make a fine dance floor partner for Akendengue`s Epuguzu.

Also of a tropical bent is Takahashi Kuniyuki`s remix of Dutch nine-piece Jungle By Night. His take on Love Boat (115 BPM) being the most Balearic thing he’s done since those remixes of Georges Decimus. Skipping and sunny, there`s a mad synth solo – a Moog trip to the Moon – and a melody carried by Nu Shooz-like treated vocal snippets. But for me it`s all about the brass. This came out on RSD, care of Rush Hour-affiliated New Dawn, with an extended Dub Disco workout of Spending Week by Ron Trent on the other side.

There are couple more chuggers from Daniel Baldelli & DJ Rocca, and The Naturals. Baldelli and Rocca have two tracks, attended by various remixes, forthcoming on Rogue Cat Sounds. My pick of which is the Warehouse Preservation Society mix of Talorypo (110 BPM). The original is an Electric Ethno fusion of marimba and bass, while in the hands of WPS it becomes darker, and sleazier, like Divine / Bobby O spun at the “wrong” speed. 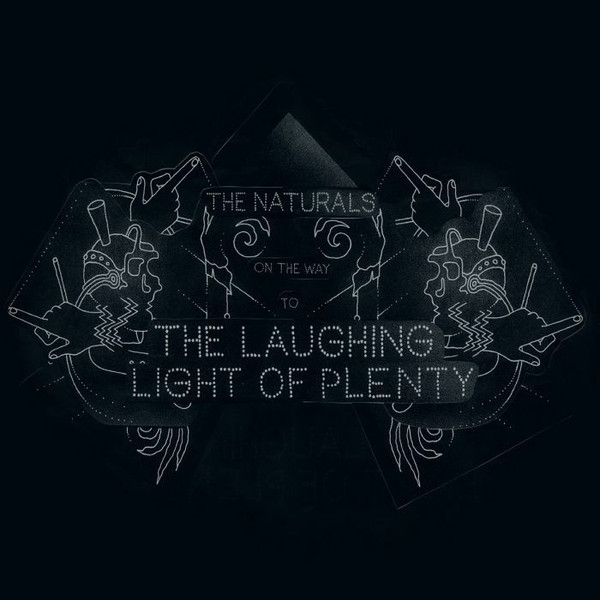 The Naturals – Thomas Bullock and Eddie Ruscha V – have their On The Way To The Laughing Light Of Plenty long-player repressed a second time by Emotional Response. A set of modern, electronic Psyche Rock and Folk, its standout is for sure The Rose (110 BPM). It`s a pretty much perfect record. Referencing music from the 1960s, 70s, and 80s. From Tommy James and The Shondells, to The Silver Apples, whilst tapping into the aforementioned Baldelli`s Cosmic. Ten years on it could still have been made tomorrow. When The Rose was initially released on cult New York label Whatever We Want, it justifiably created a frenzied fight for copies. I bought a whole rack of the 12 from Disk Union and put my kids through nursery with the sell-on proceeds. Similarly it`s hoped that this repress will raise funds to put the duo back in the studio.

House-ier movements are made by Madrid Groove. An obscure Spanish single rescued by Berlin-based imprint Thank You. Arsa (118 BPM) is full of West Phillips-inspired piano and Flamenco guitar. Think Raul Orellana`s Guitarra. The backing track, very reminiscent of 2 Men A Drum Machine & A Trumpet`s Tired Of Getting Pushed Around. On the reverse, Suave, is narrated by sexy whispers, a la Sueno Latino.

Ministry’s All Day (122 BPM), taken from the Adrian Sherwood-produced Twitch, is the closest that Al Jourgensen ever came to being Seymour Stein’s “next Depeche Mode”. Its latin-like percussion had me thinking of the live version of the Basildon Boys` Just Can`t Get Enough, that Leo and Alfredo would hammer at Amnesia.

Kenneth`s Bager`s Music For Dreams have an album from Copenema available digitally. I`m pretty sure vinyl is on the way. The project combining the talents of Rodrigo Sha, Thomas Volmer Schulz (from Ambala), Troels Hammer, and Kenneth, with the aim of bringing Ipanema sunshine to Copenhagen`s COMA Club. Producing tunes full of cute flute, Jose Gonzales-esque vocals, and strummed guitar. Pulling in references like Cantoma, The Doobie Brothers` Long Train Running, and Elkin & Nelson. The album collects the singles, So Vejo Voce, Te Faz Bem, the titular, Deixa A Musica Tocar, and takes the track-list up to ten. E A Felicidade (120 BPM) is pushed towards the dance floor by a friendly, but forceful, 4 / 4. The slower Ja Te Falei sets pensive piano and Stan Getz-esque sax to a shuffling breakbeat. The joint jumping again to the bass-led Festa De Relaxamento.

Lastly Chicago House veteran Eric Lewis calls for Change (119 BPM), under his Virgo 4 alias, on a label named Fuck The Government. Over snapping snares, hissing high hats and classic Acid, he intones in a Bam Bam baritone. Instead of asking “Where`s your child?” in 2019 the questions are “where`s our money?” “where are our jobs?”, “where`s our health care?” If in 1988`s Second Summer Of Love the message in the music was one of racial unity and a rallying to end apartheid, thirty years on it`s one of revolution by people of all colours against banks, corporations and greedy fat cats. A common enemy. The misappropriation of wealth. There are remixes from the label, and Leo Mas & Fabrice. The latter setting up a hypnotic mid-90s march. Bordering on Wild Pitch as it teases with handclaps and toms. Breakdowns, drum rolls and 303 farts. When Eric shouts “Wake Up!” I have to ask, is anybody really still sleeping? 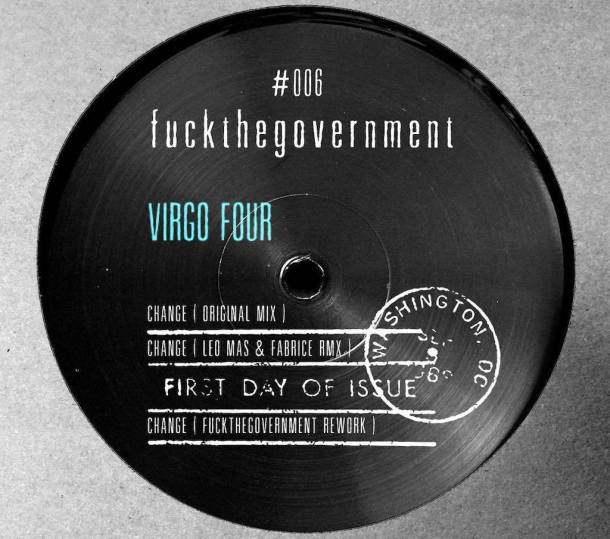 The Naturals – The Rose – Emotional Response

2 Men A Drum Machine & A Trumpet