It starts when Malik Ameer asks “What life is this? What is temporary? What is permanent?” in a battle cadence resembling Ras Baraka`s American Poem. Riding a deftly, Detroit-ly, stripped back to essentials Moodymann-esque groove. Back to bass, drums and strings. Its simplicity a huge part of its sophistication.

For me, Moodymann is the overriding reference on Thatmanmonkz, AKA Sheffield`s Scott Moncrieff`s sophomore LP, Non Zero Sum Game. Schooled in the history of house, these jams sure do like to get down, but they also go to church on Sunday. Looping drums and disco b-lines, wah-wah flicker, while choirs and testifying shouts carry the gospel. Tempos switch to include head-nodding boom-bap. It`s worth remembering that Scott cites D`Angelo`s Voodoo as the best album made in his lifetime. There`s jazz in the horns of the opening Thee Others, the Pal Joey-like keys of After Dark. Where rhythms gallop in Relief Records patterns. Tripping over themselves in delay as a spoken rap / vamp re-dances lovers first steps together. It`s there in the swing and Fender Rhodes interludes, and the serrated latin shuffle of Them Thangs. A love song lost in a hot moment. All done up. The flute-driven Sawa Sawa could be a tribal house take on Free Son`s F.D.P. (the Brazilian rarity adapted for Afefe Iku`s classic Mirror Dance). LVNLMTD sounds like a tribute to Ashley Beedle`s Black Science. There are also nods to Sheffield`s dance music pioneers. A bit of Crooked Man in the lasers and merciless machine bass of the aforementioned After Dark. Syntax d`Amour is a similarly squelchy treatment of a Billie Holiday-like vocal. Chai Tea fidgets with android ants in its android pants recalling the robo-funk of Chris Duckenfield`s Swag.

Non Zero Sum Game will be released on Thatmanmonkz own label, Shadeleaf, this Friday, October 18th. You can keep posted on the release over at Juno and Phonica. 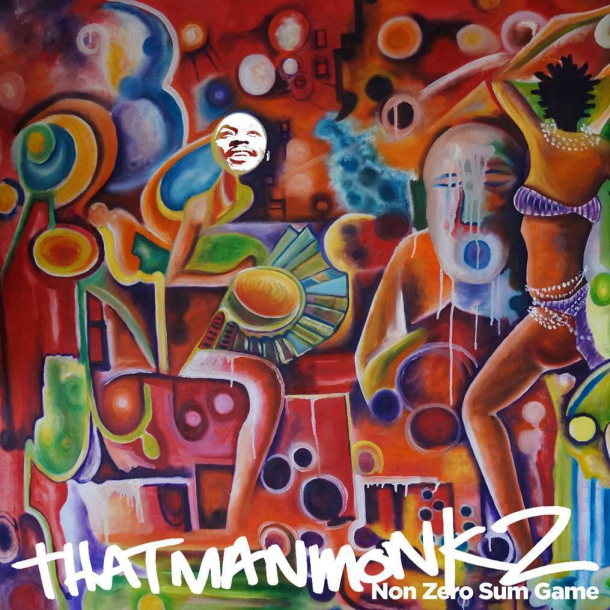