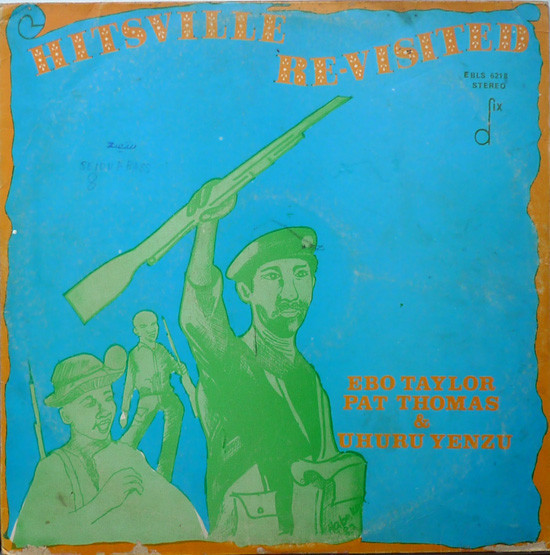 To the East, Ethiopia and Zanzibar, there was a teaser from Siti Muharram, soon come care of On The Corner, and, via Bill Laswell`s New Jersey studio, Gigi`s Illuminated Audio. The latter perfectly pressed on to vinyl for the first time by Time Capsule.

From the neighbouring Congo, via Paris, was Sammy Massamba`s Propriété Privée E.P. on Secousse. The French label also reissued Neba Solo`s Can 2002. A football anthem that became a national anthem in Mali.

Out in the Caribbean, Guadeloupe, Seance Centre resurrected the sought-after sides of the 15-member strong Gwakasonne collective.

Recordings dating from 1982 to yesterday. Nearly all of them mixing technology with tradition. Swahili Taarab, songs of the Shona People, JuJu, Bwiti rituals, Bantu tribes, and Bambara chants. 6-string guitars, 21-string kora. The n`gomi. The balafon, mbira, and obala. Drums, boula, marquerer, and tabla. With sophistication combining these with whatever gear was / is available / affordable. Singers and players sometimes alone. Sometimes ranging from 12 to 29. The music often rhythmic. Frequently dream-like.

Siti Muharram – Siti`s Of Unguja – On The Corner