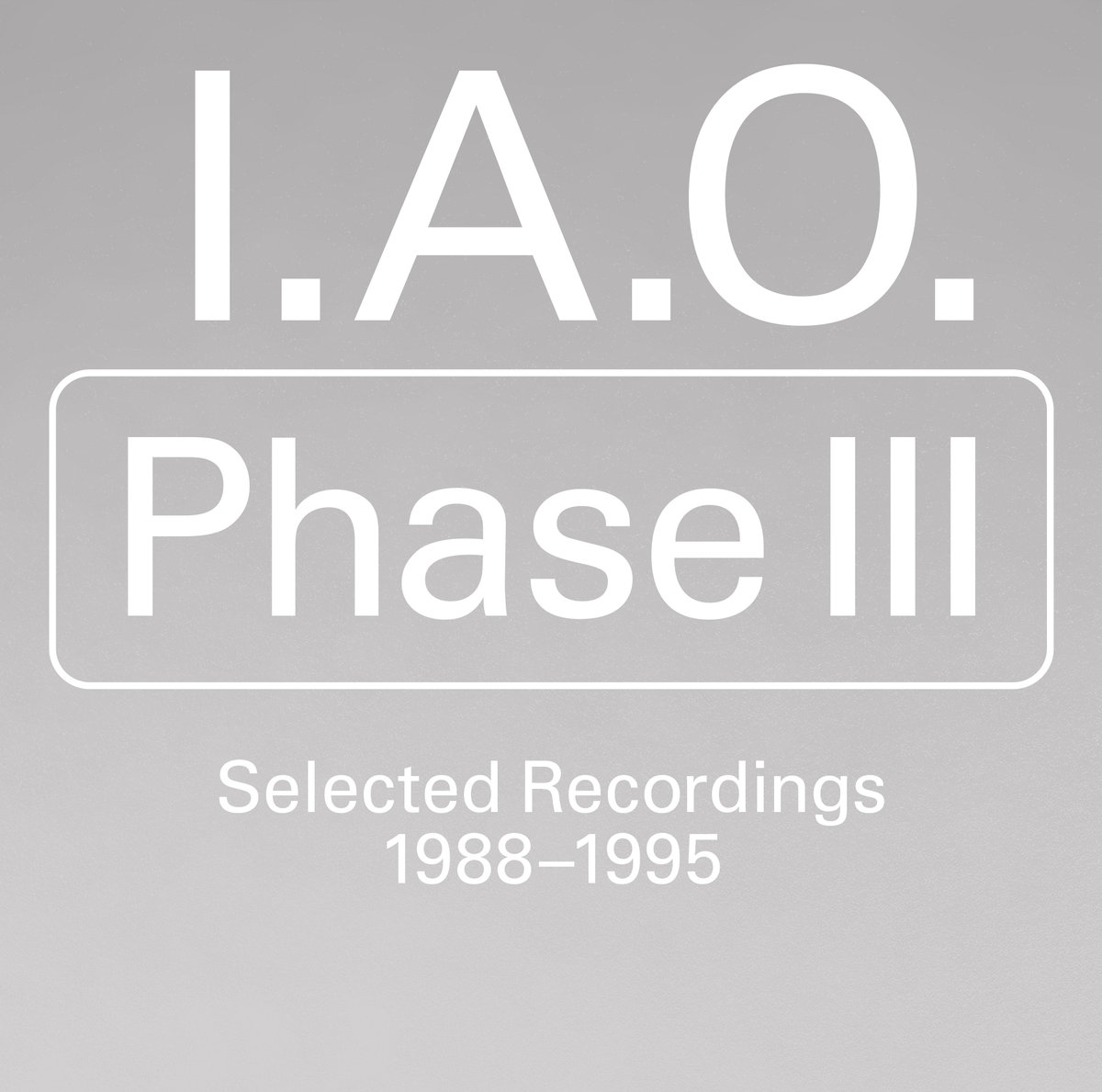 Left Ear Records have collected highlights from the catalogue of the Berlin-based collective involved in both the Atonal Festival and legendary techno club / label, Tresor. Its release coinciding with the 30th anniversary of the fall of the Berlin wall – the rush of freedom that resulted in the city becoming the clubbing capital of the world. I.A.O. began life in 1983 while he wall was still up, as In And Out. Self-releasing sides of post-punk that mixed rock with jazz / improv and beat-inspired poetry. The Left Ear compilation captures Phase III of the band – collecting music recorded between 1988 and 1995.

Tresor the party was born – first as UFO – in the underground vault of a disused department store in 1988, while the debut release on the label was in 1991. Phase III however occupies a sonic space far removed from the banging soundtrack of the club and the output of the imprint. The influence of Detroit is still audible, but it`s not Mike Banks, Rob Hood, Jeff Mills, Underground Resistance, or X-101. Instead it`s the smudged late night downtempo sounds of Carl Craig`s Retroactive releases. Suspira for example. Urban Tribe`s Covert Action. Where introspective keys dance thoughtfully across cool bass-lines. In that respect, to my ears at least, they share something with Holland`s Eevo Lute. Classic tunes like David Caron`s A Quiet Passing, Wladimir M`s Planet E, and Max 404`s Quiddity. Things that James Lavelle signed up to Mo`Wax and criss-crossed over with trip hop. They also remind me a little of Kerry Leimer`s Savant.

Feel The Forgotten sets sighing sirens to suitably aquatic electronics. All Is Bliss and Marshmallow Girls (post) rock to Slint-esqe bass, the slow loose funk of Do Make Say Think. The melancholic melodic pop of Hang On is tethered to a cold wave snare. Green Earth occupies a field in Jon Hassell`s 4th world, while Ferns is flush with arrangements of spinning strings and brass. These, and their like, make up the bulk of compilation, but they are only part of IAO`s history and Phase III`s story. The later tracks – Massiv XIV, Love and Twinkle Twinkle Little Star – are decidedly more house. Painting Larry Heard-like scenery. Paying “tribute” to Soul II Soul. Cherry-lipped kisses. Lucie in their eyes, and breakbeat driven.

You can order a copy of I.A.O.`s Phase III directly from Left Ear Records.