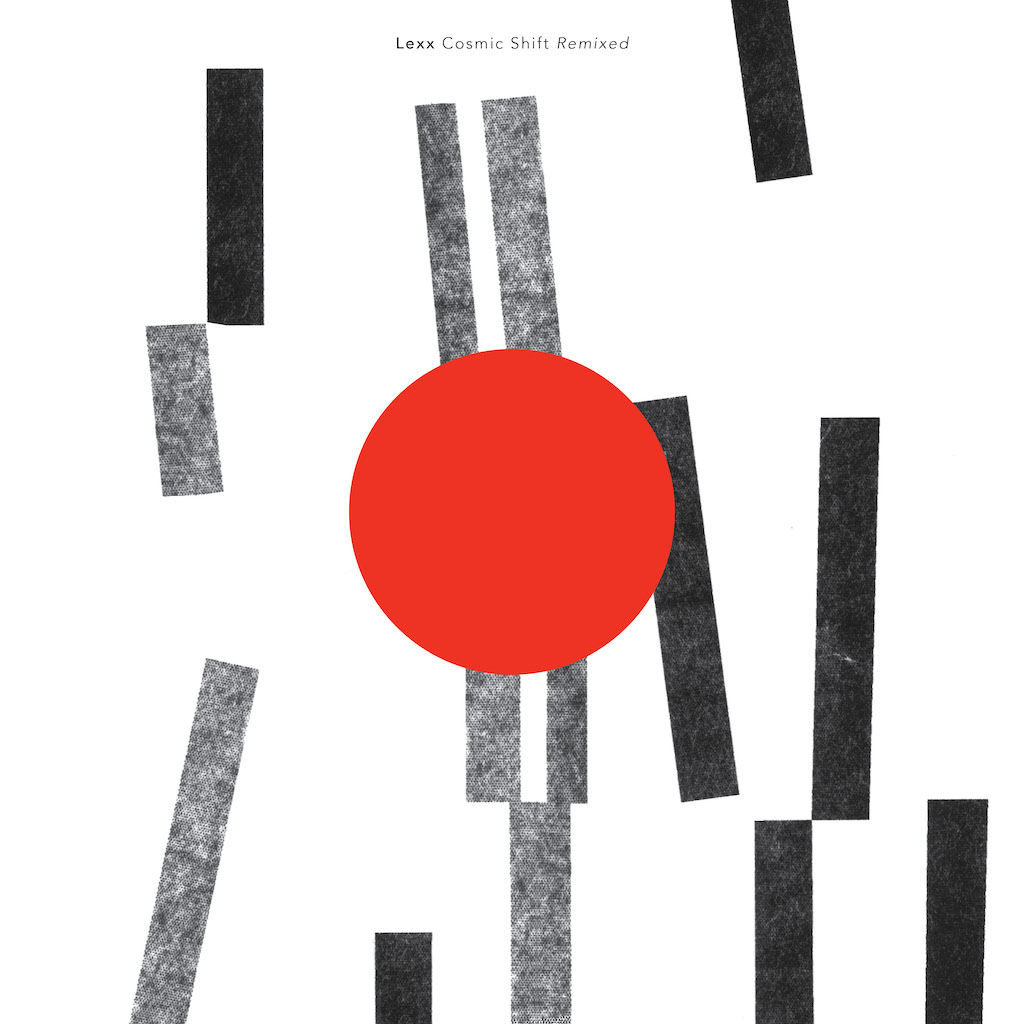 Not content with having his debut long-player win the Jury Prize at January’s GDS.FM Awards**, Lexx now presents us with Cosmic Shift Remixed. On the 5-track E.P. there are two new takes on the Woolfy-crooned, Too Hot. Lexx` own Red Hot rework adding rhythm guitar and giving the tune a whole lot more boom. Eirwud Mudwasser`s True Rocker Version dropping the drums completely, to bubble on the b-line alone. That guitar flashing and ringing in and out of focus. Androo mechanizes the Nyabinghi rattle of Universal Prayer. Weaving warped, metallic tones in with its ritual of funde and keteh. Phantom Island co-founder, Kejeblos, transports the Sade-isms of Wave from the tropics to Chicago circa `86. Fixes Ella Thompson`s sighs to a drum pattern that wouldn’t be out of place in a Hot Mix 5 Saturday Night Ain`t No Jive session on WBMX. Its Juno 60-like  bass packing a punch that`s less Can You Feel It? and more Did You F-ing Feel That? The rudeness smoothed, the acid tamed, by sophisticated synths. I`ve said it before, but this will be one of the tunes of summer. In contrast, on the vinyl, Expanding Happiness mutes both vocals and bottom end. Filtering its hushed soul in a classic beatdown fashion, while filling the foreground with chimes and delicate counterpoint. The digital bonus, Farewell / さよなら, punctuates kankyo ongaku pulses with cool cat finger clicks. Attaches Roger Eno-like slide to the Brian Eno-esque atmosphere. Circuits twittering with the sound of spring, to make a music of snow slowly melting.

The word is out and pre-orders are up, over at Phantom Island.