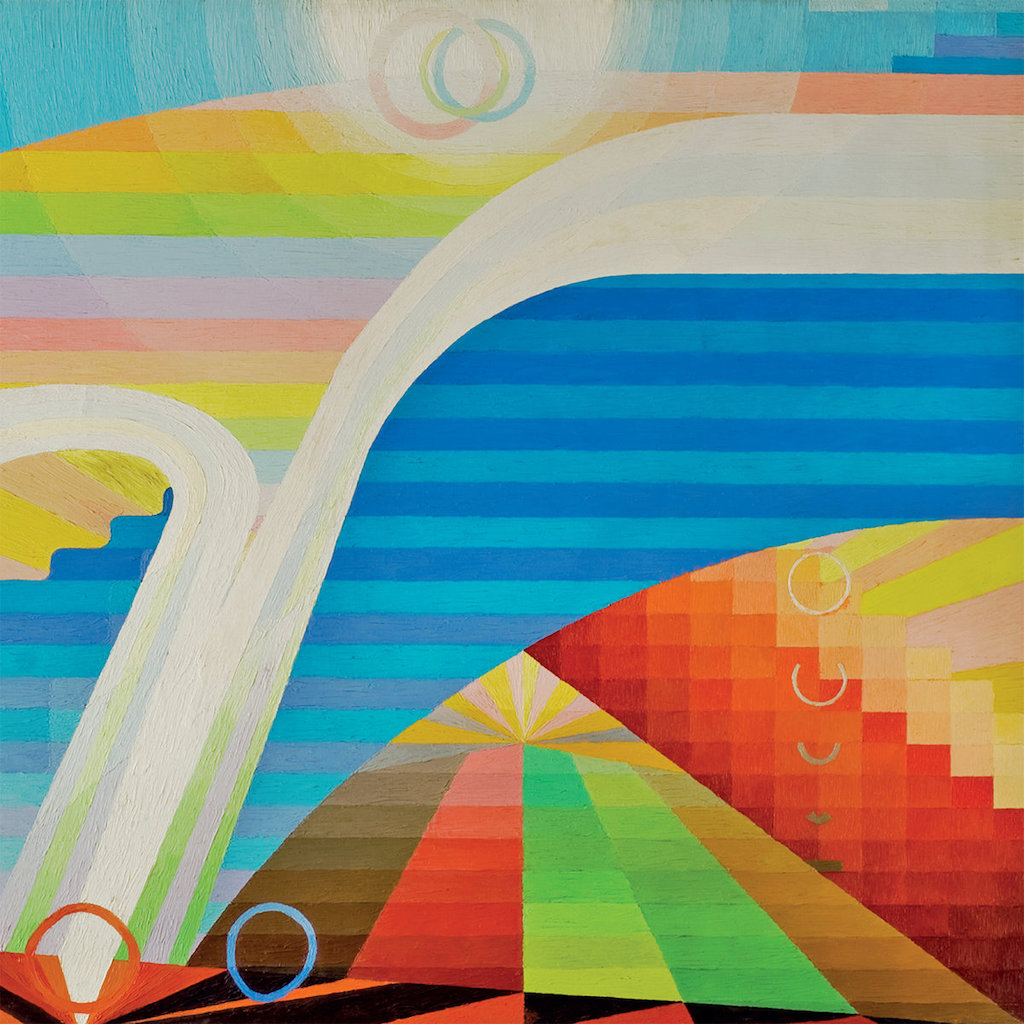 The string-soaked sonics of Symphonie Pacifique, Greg Foat`s new long-player for Strut, appropriately sketch a blue-skied beach somewhere in the tropics – as drums and percussion, breakbeats and bongos, attempt to keep up with Greg`s keys. Big chords, followed by smaller flourishes. As if in a game of tag on a run to the sun. A vibe best exemplified by the conga and contra-bass-led track, Island Life – an archipelago where the Ahmad Jamal Trio meets Japan’s Coastlines.

The delicate picking that accompanies the piano rippling on Pointe Venus recalls a sun dappled Burt Bacharach score. Following outlaws as they cross the border into Tijuana. Man Vs. Machine pits Moses Boyd`s battery against a cool kosmische pulse. Mediation On Pedal Steel is a Vini Reilly-esque atmosphere.

Mothers Love mixes harp with head-nodding boom bap. The slide from the previous track still adding detail, while more horns sound on the horizon. Their spiral shouts escaping to the stratosphere, sending out vapour trails – like Pharoah Sander`s Astral Traveling inspiring Primal Scream`s I`m Coming Down. All before Three Tenors intertwine in a free-floating beatless finale of circular breathing.

Greg Foat`s Symphonie Pacifique is released, care of Strut, on July 3rd. If you can hold off on ordering until then, on that day Bandcamp are once again waiving their fees – furthering their support of artists in this on-going time of crisis.