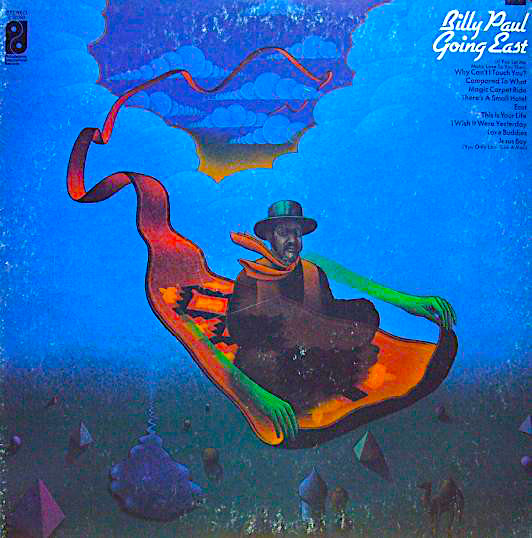 Some this is true, and some of it isn’t.

I have a friend who tells a story about how Billy Paul’s East changed my life. Not his life, my life. About how I fell under its spell and headed east myself. He says it`s why I married a Japanese girl, and why I ended up in Japan. I’m not sure that’s true, but it does mark a point of departure, change.

When I first heard Billy’s plea for travel to a more spiritual space I was living above an off-license on Islington`s Upper Street. At the then rougher border with Highbury, opposite the Union Chapel. I was recovering from a whole host of substance abuse issues. A creature of various unhealthy habits, camped out in the arse-end of acid house and the summer of love. A place populated by addicts and thieves. My lover, who was 5 years my senior, was still using. She’d go out on a Saturday night – leaving me at home – go dancing, and get high. I`d spend the week watching her crash back down – and then do it all over again. Sometimes she’d bring people back and I`d lie in bed, pretending to be asleep, and listen to her moan about what a boring cunt I was now I was “straight”. Truth is I wasn’t straight, and probably never will be. I mean I don’t ever think about getting wasted any more, but the reasons I did, with such self-destructive enthusiasm, haven’t gone away. Probably never will. I wasn’t buying, or selling, but I`d go out with old friends, – like the guy who tells this story – and usually I just couldn’t say no. After a couple of double vodka and redbulls, it’d be little liveners, cheeky halves, one for the road, and then big fat white gaggers. This wagon`s wheels were super loose.

Giles Peterson used to play East as the intro to his Sunday night show on Kiss FM. At the time he`d alternate between this and Vangelis` Let It Happen, which is another top, top tune. Neither of them sounded like the “jazz” I expected Giles to spin. East was “soul”, but it was way out there. Wind blowing, finger cymbals ringing and a rap that reminded me of that `70s TV series, Kung-Fu. But whose themes had more in common with Alex Haley`s Roots. A song of slavery, and poverty, that begins like a prayer, on its knees, before launching into this irresistible frug for freedom. Woodwinds whistling above its bumping groove. The muffled, shuffled drums seemed so current. How could this have been made in `71? The strings spiraled in and out, as if lifted from another record, another dimension, all together. I mean, it was so fucking strange, it was borderline deranged.

“I wanna go east” sang Billy, and I just wanted to go anywhere. Anywhere away from where I was. It was a song of escape. Transcendence even, I reckon. I`d visited the cheap gin palaces of excess, and like the lyrics` protagonist was reduced to rags, and more than ready to start again. The song really opened my ears, and my mind. Giles kept playing the tune, for a month, maybe two. Torturing those of us without a copy, or a clue where to find one. Creating demand. Supply arrived in the shape of a boot, the debut release on Moton Records. Disco re-adjustments by Diesel and Harvey. Executive produced by D. Jarvis. I`d tried all of my usual spots, but it was Kam in Mr. Bongo who actually came up with the goods. “It`s funny you should ask, `cos somebody just a dropped a few of these off.” Bongo`s was THE place for hip hop, but they also stocked a small selection of fashionable house and edits – stuff that would be come to define the disco-not-disco genre-not-genre – which most of the crowd at the counter weren’t interested in. So slow-coaches like me could find copies of “cult” hits, like Black Cock`s 12 Inches Of Pleasure. Aphex Twin would pop-in and pick up Loft Classics.

The Moton pressing of East souped that shuffle up a smidgeon, transforming its pleas into a blast of brooding bashment for blues, beanos, and barn dances. Mating ritual music for strobe-lit, sweat-soaked basements. On its flip was a mad, live, dub, where elements of the original were whacked wildly in and out of the drum track. I bought 2 copies and self-indulgently span between them at my gigs at The Medicine Bar, on busy Friday and Saturday nights. Perhaps that’s why it came to be considered a theme tune of sorts.

“I ain`t got no love, and never, never, no peace”, Billy continued, as I charged towards a coke-assisted nervous breakdown. That same story-telling friend once said to me, “That`s it now, you’re cracked. You’ll never make it back”, and he was right. I didn’t make it back. I certainly I wasn’t the same. But perhaps that’s no bad thing. I had deliberately smashed myself to pieces – using a chemical deconstruction / demolition kit – in my quest for escape. When it came to reassembly, some bits were missing, some no longer fit. I`d never liked who I was anyway.

I guess my relationship was the dictionary definition of toxic, for both of us, since I`d without a doubt facilitated her access to gear. Somehow I managed to summon the balls to end it before either of us died, and I set about that new start. We gave up the flat, and I moved in with my sister. I then resigned from my big pharma research job, and took an academic post at a hospital. The day I cleared my desk I dropped a microdot.

I didn’t speak to my ex-lover for the longest time. I once, years later, ran into her at The Social, on Little Portland Street. Spying me, she sprinted the length of the upstairs bar and landed a nice right square on my chin. It took three big geezers to restrain her, and she’s only a tiny thing. I was lucky that she’d put her glass down, `cos she rarely thought about consequences. She’s clean now, and happy I hope. Living in a yurt, on a commune, somewhere warm. Somewhere far far away. More south than east.

Billy Paul’s East has been pressed on a 12, for the first time legitimately, by Be With Records, where it`s paired with Billy’s equally in demand, Let The Dollar Circulate. 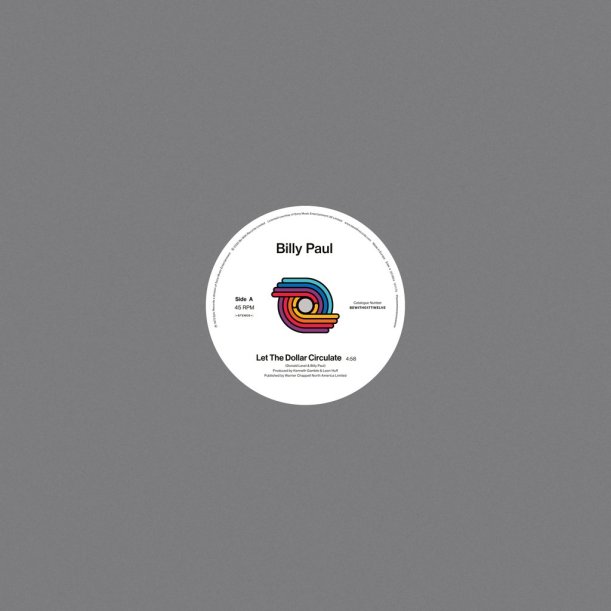