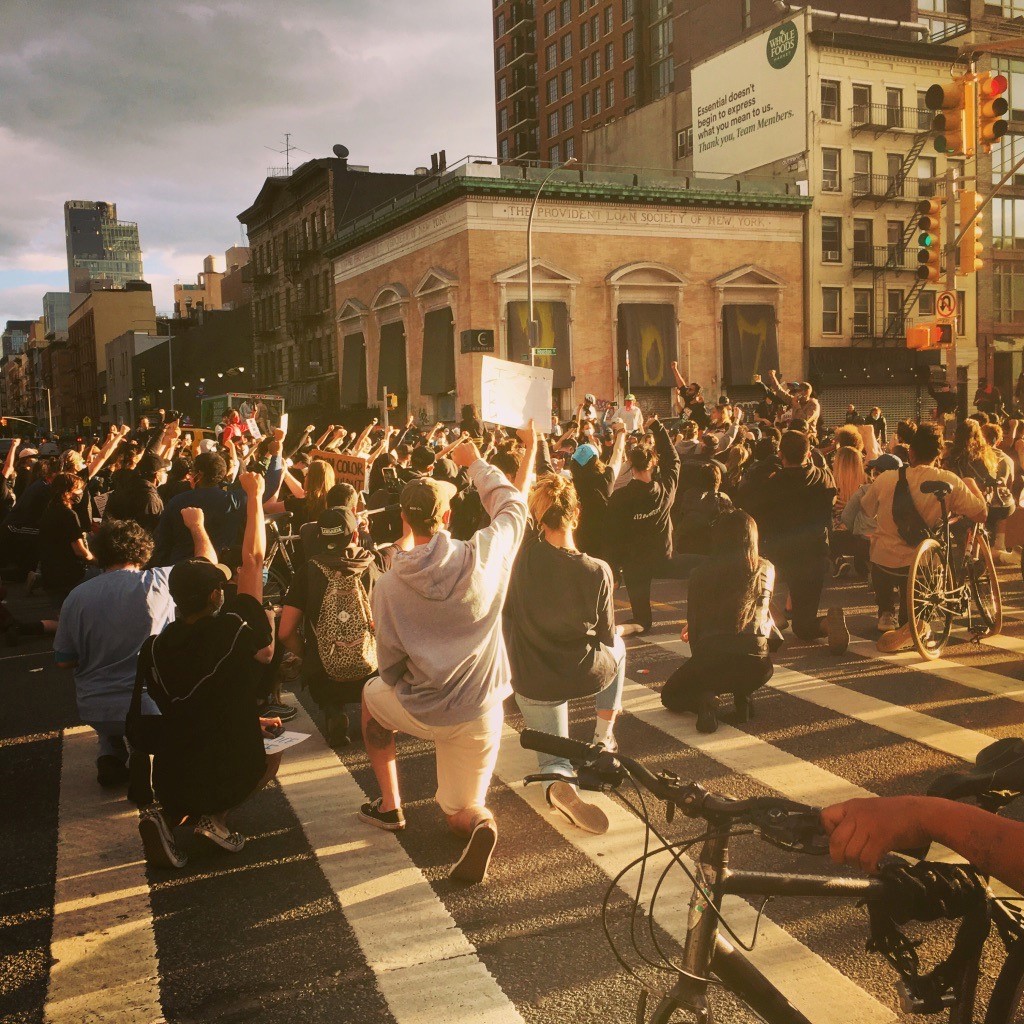 Words, and photograph, by Dennis Kane.

July has folded into August now, as the sun descends around 7:30, its rays hit a slot between two buildings, and reflecting off of a mirrored widow adjacent to my apartment, casts a soft rectangle on my far wall, the rectangle is lined with the shadows of the venetian blinds. For about 9 mins I have a beautiful orange abstraction that gradually distorts to a parallelogram and fades. Five months into the new normal there is a heightened sensitivity to all of the mundane details. The growth and wellbeing of every houseplant is catalogued, the skill of recognizing fireworks by their sound is refined, (for weeks they have gone off day & night), the location and time of upcoming protests duly noted.

Since the murders of Ahmaud Arbery, George Floyd and Breonna Taylor, the indifferent response of so many elected officials, and combative arrogance of the police, people have taken to the streets in great numbers. The protests are heartening, the outrage righteous and articulate. Black Lives Matter. In 2020 America, the land of Trumps toxic branding, this needs to be iterated over and over. It is nothing new, black men and women have always been scammed by the social contract, they are always targeted by the police. How entitled do you have to be to murder a man while being recorded on camera, and to do it calmly while he calls for his mother and begs for his life? Racism, always a factor in American life, has had a signaling cheerleader in the White House, and it has emboldened a wave of ugly conduct. The dignity, patience and fortitude of those who face it daily is amazing, as Kimberly Jones succinctly stated, we are lucky: “that what black people are looking for is equality and not revenge.”

The police push back hard, peaceful protests become violent at their instigation, the videos are out there, hundreds of them, from large cities to small towns, it sickens. I’m in Union Square, we are behind metal barricades, interlocking 8ft units, the kind one sees daily, it is a small group of about 50 people reciting the names of those heinously murdered, no one is raising hell. Three cops without provocation shove into the barricades, people are knocked over, I help an elderly woman who is shaken stand up, then I grab her to move as the cops rush the group. I try to see the cops faces, they have helmets and visors, and kevlar vests, they have glocks, batons, tasers and mace, which they spray like its room freshener. The group disperses, but just relocates a few hundred yards away and begins reciting the names again, the police have done nothing but made noise and new enemies, what little credibility they had dissipated with each repugnant gesture. A day later I am walking past Thompkins Square Park, there is a cluster of 8-9 patrolmen standing together murmuring like pigeons, a group of young skaters pass by hauling ass on their boards, they throw something at the cops, a fusillade of… donuts!  The kids drop their payload and keep it moving, bystanders burst into laughter, the officers glare.

One late afternoon I walk into a march around the corner from my house, the crowd occupies a full city block and moves slowly, walking west on Houston street. The protest is led by a young couple, they take turns calmly and confidently giving direction and leading the chants, people come out from the shops to watch, there are people on the sidewalk not unlike for a parade. Perhaps it is the extended isolation, but being in this group feels truly uplifting, it is all ages and ethnicities, a genuine mix in a city that feels increasingly separate and striated, it feels civilized. The people are understated and gracious, the movement deliberate. When it’s time to chant everyone responds. We get to the corner of Houston and Ave A, and occupy the intersection in silence for eight minutes and forty-six seconds, the time it took to extinguish George Floyd’s life. The whole block kneels, the leaders recite from a list of so many men and women murdered, you feel the waves of emotion go through the crowd, the commemorated names pulse in the quiet. Cars and trucks and buses stop, there are no horns. The moment feels funerary, grief and anger mixed with a shared common decency, and a sense of exhaustion with how wrong things are on so many levels. As it ends, we erupt, as do the onlookers, applause and whistles, car horns blare, the chant of BLACK LIVES MATTER thunders, and the crowd moves on into the setting sun.

Here are some more books and films for isolation times. 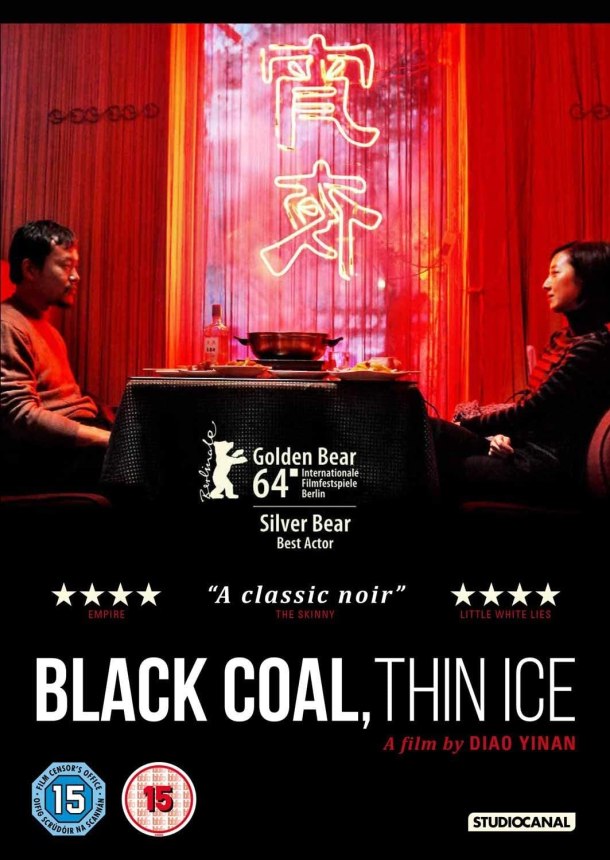 A burnt-out former cop with a drinking problem still on an unsolved case sounds like a Hollywood cliché, but this noir by Diao Yinan is singularly unique and upends the genre. He captures the poetry, clumsiness, and despair of life in the province of Heilongjiang. The film is shot and lit beautifully with huge nods to Orson Wells and Rainer Fassbinder. Yinan has his protagonist, a former cop named Zhang move pensively, shouldering a huge existential weight as he tries to negotiate his circumstances. You feel his isolation, and his fear of the chaos of not knowing. His limits in the world are illustrated beautifully in a scene where he tries to follow someone on ice skates in the dark of night. 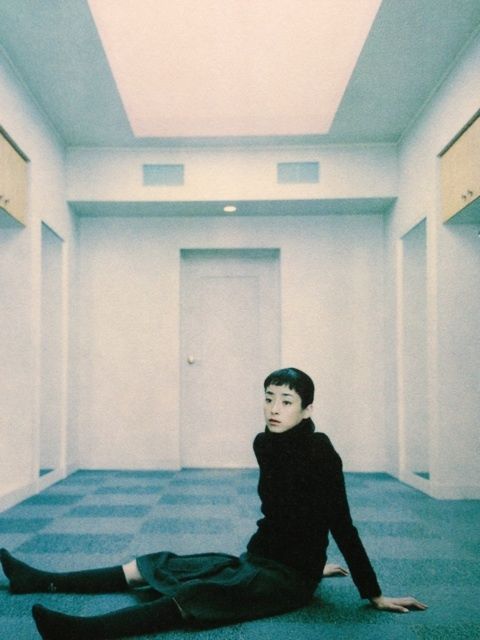 Based on a short story by Haruki Murakami, the film tells the story of the son of a Japanese jazz musician. His father names him “Tony” thinking the western name will be a great asset in post war Japan. His mother deceased early in his life, and his father on the road touring, Tony essentially raises himself, becoming an adept technical illustrator, his life is monastic and devoted singularly to his work. He then falls for a woman who lives for fashion, she defines herself through her wardrobe and shops incessantly. They marry and her purchases begin to overwhelm their home. The film is a meditation on isolation, our modes of expression and the impulses of consumption as time passes. This is a delicate and haunting film, that quietly resonates long after viewing. 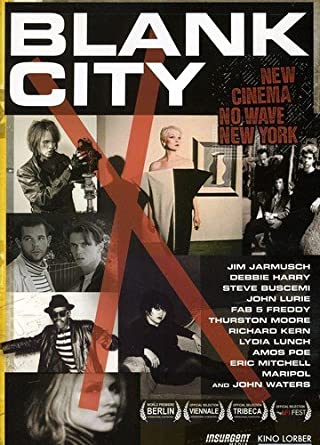 Amos Poe, Beth & Scott, B, Richard Kern, Lizzy Borden, Jim Jarmusch, and Nick Zed, were among the group of artists and musicians living in Alphabet City that began working with film in the cracked out, bankrupt, late 70’s. Inspired by Warhol, Goddard, Maya Deren and each other, they found a way to make and show their work on their own terms. This documentary celebrates their ethos and the milieu they created. It was a special time in NYC and the LES. The disdain showed for fame and the ambivalence toward money is poignant, especially in contrast to our highly monetized/status obsessed present. The film captures a forlorn, and dangerous place, but one where artists could make things happen cheaply and collaboratively, one where a DIY community seemed genuine, even if fleeting. 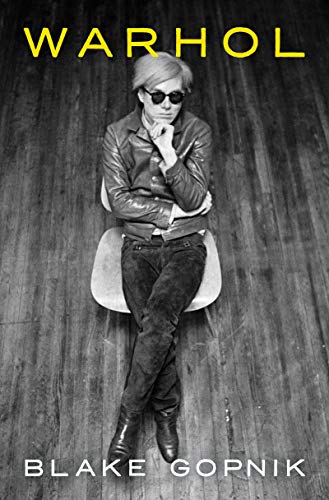 Blake Gopnik`s book on Warhol is a kind researched encyclopedia for all things Andy, and with Warhol there is a lot – of everything. Bob Colacello’s book is a complex insider’s view. Colacello worked and traveled with Warhol, wrote for him, cared for him, and dealt with his controlling and passively manipulating manner daily for years. What comes out in both books are fragmentary portraits of a lonely, driven, angry man, who craved and disdained almost everything he was involved with. Emotionally distant, even with his inner circle, an obsessive consumer/collector who never really enjoyed what he bought, indifferent to art but an incessant maker, obsessed with fame, status, and wealth, but also aware of how ridiculous it was. “Who does she think she is?” Is a common Andy criticism levied equally toward a factory superstar, Diana Vreeland or Imelda Marcos. Warhol never settles, he pines for love, but it is always unrequited, disfigured by his near fatal shooting, he is mostly a voyeur. His few attempts at real intimacy end painfully, and in the end, he dies alone of an almost statistically impossible hospital error. In many ways these books portray a heartbreaking life of a solitary alienated soul, but then you pull back and see the impact and the output. He was, with his teams, a sort of industry unto himself. He stole, cajoled, campaigned and made and unmade so much that his stamp is really on every aspect of our culture. Warhol always felt like he wasn’t “a real artist like Bob (Rauschenberg) or Jasper (Johns)”, but he became something other, a kind of jet stream index, a brand and a lifestyle that reflected and refracted his time.

Slouching Towards Bethlehem by Joan Didion; 1968

Joan Didion dealt with fame most of her life, she was a celebrated “new” journalist, Hollywood screenwriter and author. She looked to frame the zeitgeist especially in her magazine pieces. This collection of non-fiction essays most of which were published in The Saturday Evening Post, cover the 1960’s and reveal a gifted stylist examining the dark and marginal subsets of the culture. The title of the collection comes from Yeats poem “The Second Coming” an allegory that describes the anarchy of post war Europe. Here we have a macabre suburban murder, the hierarchy of a John Wayne movie set, the collective acid enhanced movements of various Haight Ashbury denizens, and the authors own ennui while alone on a pay phone at a piano bar. The center isn’t holding, and her essays deftly reveal narratives and myths coming undone. 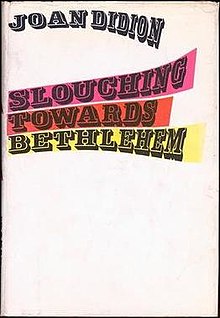 The Sellout is a complex, brilliant and biting comic novel about a young black man in Los Angeles living in a hood called Dickens, “an agrarian ghetto” that is quietly being erased, a sort of mythic place filled with outsized personae including Hominy Jenkins “the last surviving member of The Little Rascals”. The book goes deep into Pynchonian satire with nods to Ishmael Reed, Mark Twain, Richard Pryor and the Chappelle show. The narrator accepts Hominy as his lawn jockey, reinstates segregation and ends up getting high before the Supreme Court. The book has no problem making an effort to offend and challenge the unexamined propriety behind offense. The novel is hysterically funny, but also operates on numerous levels, its examination of race is also a hard look at a colonized country and the violence that went into the making of California and other American myths. This is a difficult book to encapsulate neatly, it defies summation, and that’s part of the point, it stands between the righteous and un-woke and ruthlessly mocks so much accumulated baggage. 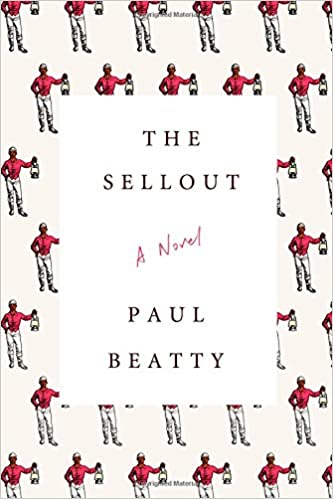