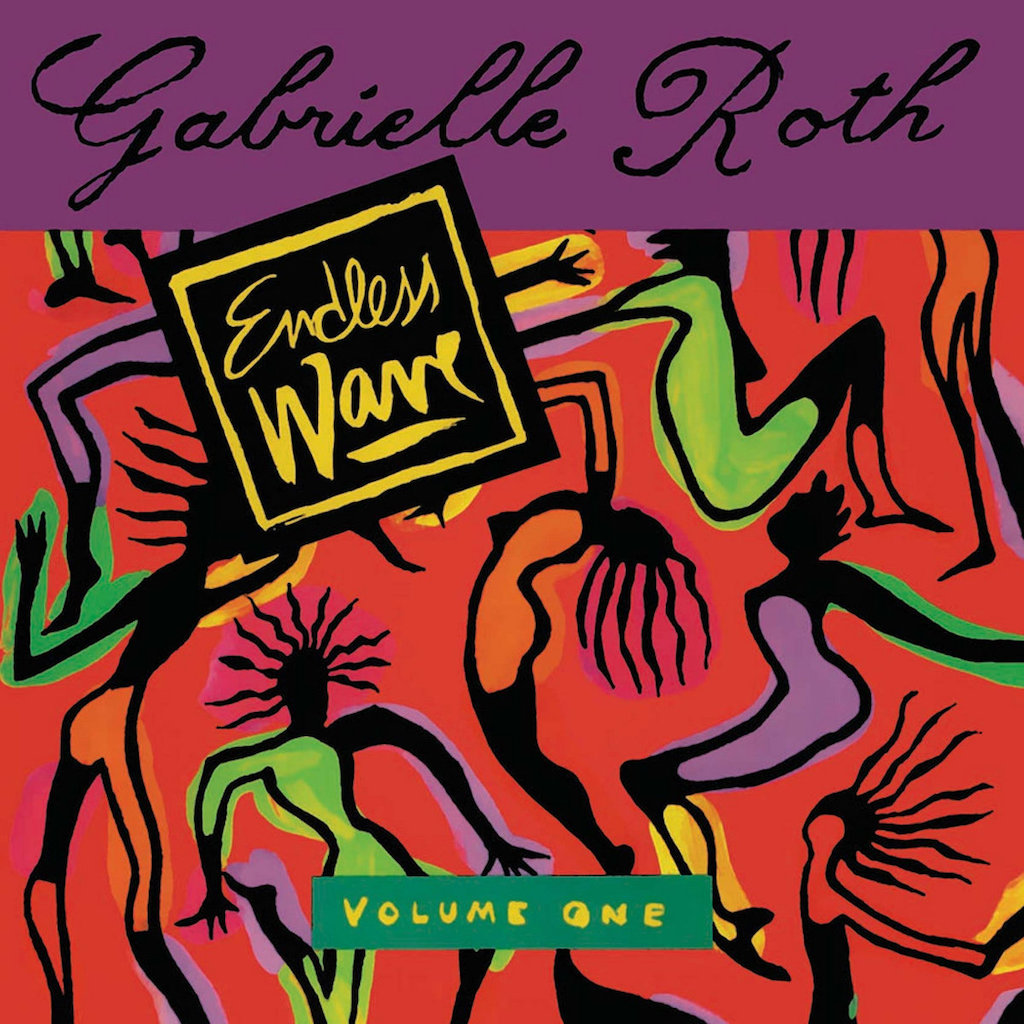 Like all forms of meditation Gabrielle Roth`s 5Rhythms is a process of disconnect and reconnect. A means, a method, of shedding the shit that we accumulate and carry around in our heads. In the short interviews that I`ve watched – and there are many up on Youtube – Gabrielle compares the modern person to something like an ungrounded lightning rod – picking up charge, information – but holding it, not grounding it, or letting it go. Causing us to build up a state of internal panic as our brains attempt to tag and compartment all the data. Goodness knows I feel a whole lot better even if I just go a few days of not checking my Facebook feed. It makes perfect sense that at the end of each day we should try to take time to process what we’ve experienced, in order to be ready for the next. Stress has implications for whole body, not just mental, health, and I think this is what Gabrielle’s 5Rhythms technique is aiming to address. For Gabrielle it`s a case of casting off inhibitions for a moment, not caring what the world outside might think, and listening to our blood and bones instead. Going where they want to go. Surrendering to their dance. Putting the being back in human.

For anyone with more than a passing interest in acid house, the ideas presented in 5Rhythms shouldn’t really be news – as I’m 99.9% sure that very similar techniques were employed by followers of Bhagwan Shri Rajneesh, Osho, whose story myth has linked to the legend of Ibiza, Amnesia and E. 5Rhtyhms is meditation through movement taken to a cathartic conclusion. Gabrielle herself said that it`s a rediscovery, redefinition, of the ancient shamanic tradition of ecstatic dance – which, aided by LSD and MDMA, was exactly what acid house was. When I went to Nicky Holloway`s Trip in 1988, and got high, along with 1000s of others, it was absolutely a celebration of the body over the mind – and an attempt to forget the week I`d just had. The psychedelic and psychoactive drugs merely a short-cut, a cheat, to transcendence**.

The rhythms employed Gabrielle’s album, Endless Wave Volume One, now about to be reissued by Time Capsule, are universal. Geographically impossible to pinpoint. Synergies between the kodo ceremonies of Japan’s Sado Island and an African heartbeat. Talking drums and Celtic tribes. Aiming to awaken the listener, the dancer`s physical, corporeal soul – and accompanied by whispered instructions encouraging them to undulate like a snake. To release the history held in their hips. To disappear into the dance, and a poetry of shapes. Gabrielle’s lyrical intimacies guiding the initiate “past the light and into the void”, to “the space between breaths”. Alternating between the wild, the shaking loose, and slo-mo shimmies through honey to a music of bongos, congas, cowbell, rainstick, and triangle. Clicking castanets supported by slapped electric bass, chants, incantations, didgeridoo, and juice harp. Pan-pipe-like synth, violin, and woodwind. The sonics separated into 5 trance-inducing stages that increase in intensity, then culminate in a ritual return to rest. A stillness of struck gongs and bowls that ebbs and flows with the elements – air, water, wind and tide. Giving expression and emphasis to the observation that at our core – right down to the sub-atomic level – we are merely a mass of energy – patterns, and waves. If you’re after musical reference points then I`ll offer Guem Et Zaka Percussion`s Le Serpent, the mad attack of Ginger Baker’s Celluloid workouts, and Gerald`s Voodoo Ray.

Gabrielle Roth`s Endless Wave Volume One will be issued on vinyl for the first time by Time Capsule on September 25th. The 4 sides of wax contain versions both with and without vocals. Personally I prefer to have Gabrielle sighing suggestions into my ear, but that just says more about my own peccadilloes and demons.

**Obviously I was a working-class yobo and knew nothing of yoga, meditation, or even Osho, back then.