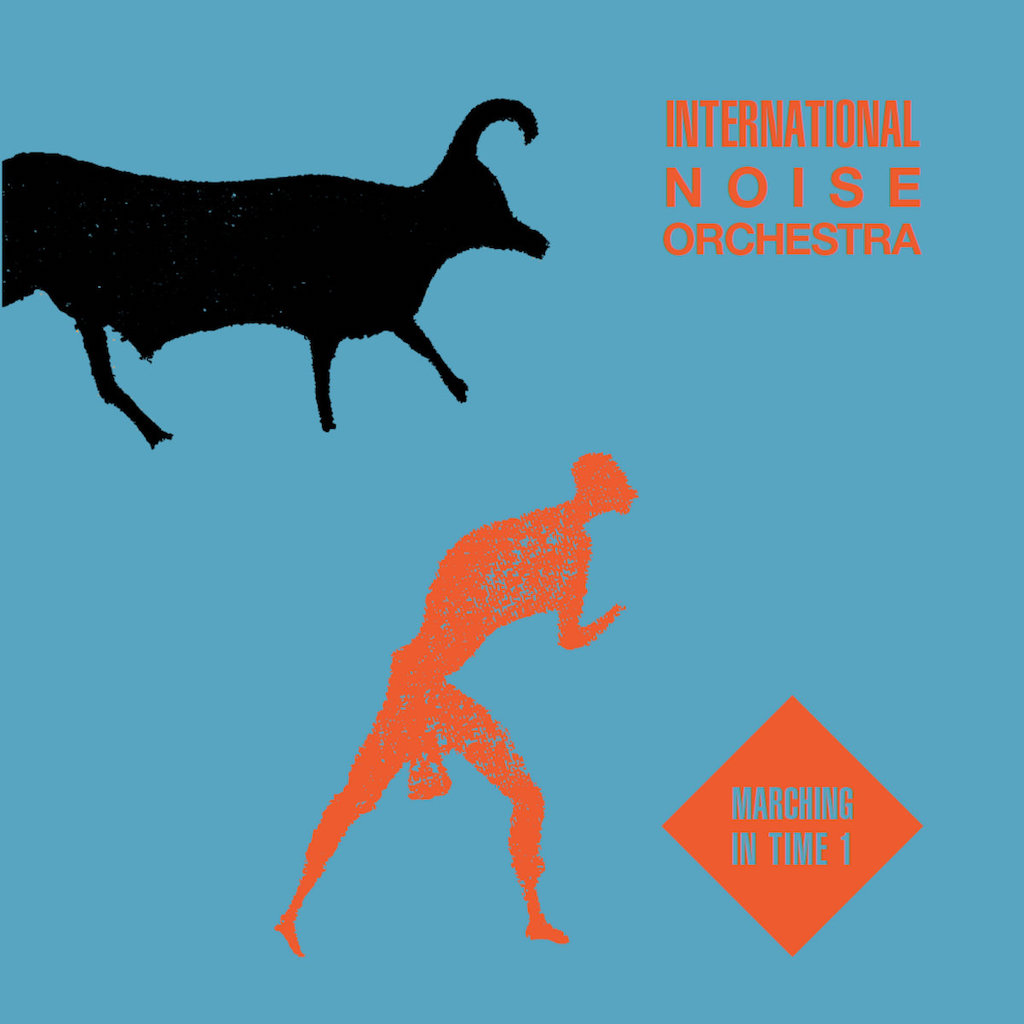 The International Noise Orchestra was an ever expanding, contracting loose collective of singers and players, based around the German production duo, Gemini World. Sometimes referred to at The Gemini Brothers, sometimes Gemini 1 + 2, this was the pairing of guitarist Wolfgang Sperner and keyboardist Ulrich Hornberg. The two, with a history in the self-sufficient communes of the `70s kosmische scene, establishing their own studio in the Teutoburger Forest, then label and publishing house.

The INO project had its roots planted firmly in chance, and began when Ulrich was trying out his new Commodore C64 sound chip, while a visiting musician, Algerian drummer Joel Allouche, practiced his tabla in the same room. The resulting sonic synergy leading Ulrich, and Wolfgang, to set out to combine the old with the new. In a kind of musical barter system, between 1983 and 1991, they coerced contributions from the artists who visited their studios for production and remix work. Allowing INO to incorporate the rai of Cheb Mami and Cheb Kader, African elements from Toure Kunda, the pipes of Indian vocalist Ramamani and Bollywood diva Asha Bhosle, with, for example, the post-punk of Dissiddenten, Savage Progress and Richard Strange – all of whom scored big balearic and cosmic crossover hits during the `80s. The Geminis, in addition, recruited kosmische friends, such as master drummer Ramesh Shotham, from the band Embryo.

Emotional Rescue have licensed 4 E.P.s worth of INO material – cherry-picking from their 3 LPs, sought after 12”, and previous releases as Internationales Geräuschorchester. Collected under the title, Marching In Time Volumes 1 – 4, the first one`s been in shops since the summer, and the remaining 3 are due imminently. In a way, there`s a similarity of sound with ER`s last big reissue series, that focused on the recordings of Munich`s A New Morning. Both sharing this fusion of drum machines, synthesizers and traditional, ethnic – global – playing. There are also overlaps with the systems music of new label-mates, Man Jumping – in the fretless bass and idiophone runs. But the biggest parallel is with the output of Stephen Coe and Sheila Chandra`s Indi-Pop imprint. INO`s synthesized snake-charmer, eastern mysteries melodies recalling classics from the Indi-Pop catalogue, such as Jhalib – also coincidently? reissued by ER.

INO cover The Spencer Davis Group`s Gimme Some Lovin` in a technological tribal fashion, in the new beat mode of Code 61`s Drop The Deal. They do over The Beatles`, John Lennon`s Chuck Berry-biting tune for Timothy Leary`s California Governor campaign, Come Together, in the chunky and dark style of Love & Rockets. Employing big guitars and dub bass. The collaboration with Asha Bhosle, Yeh Naina Yaad Hai, of course calls to mind, her work with Blancmange offshoot, West India Company.