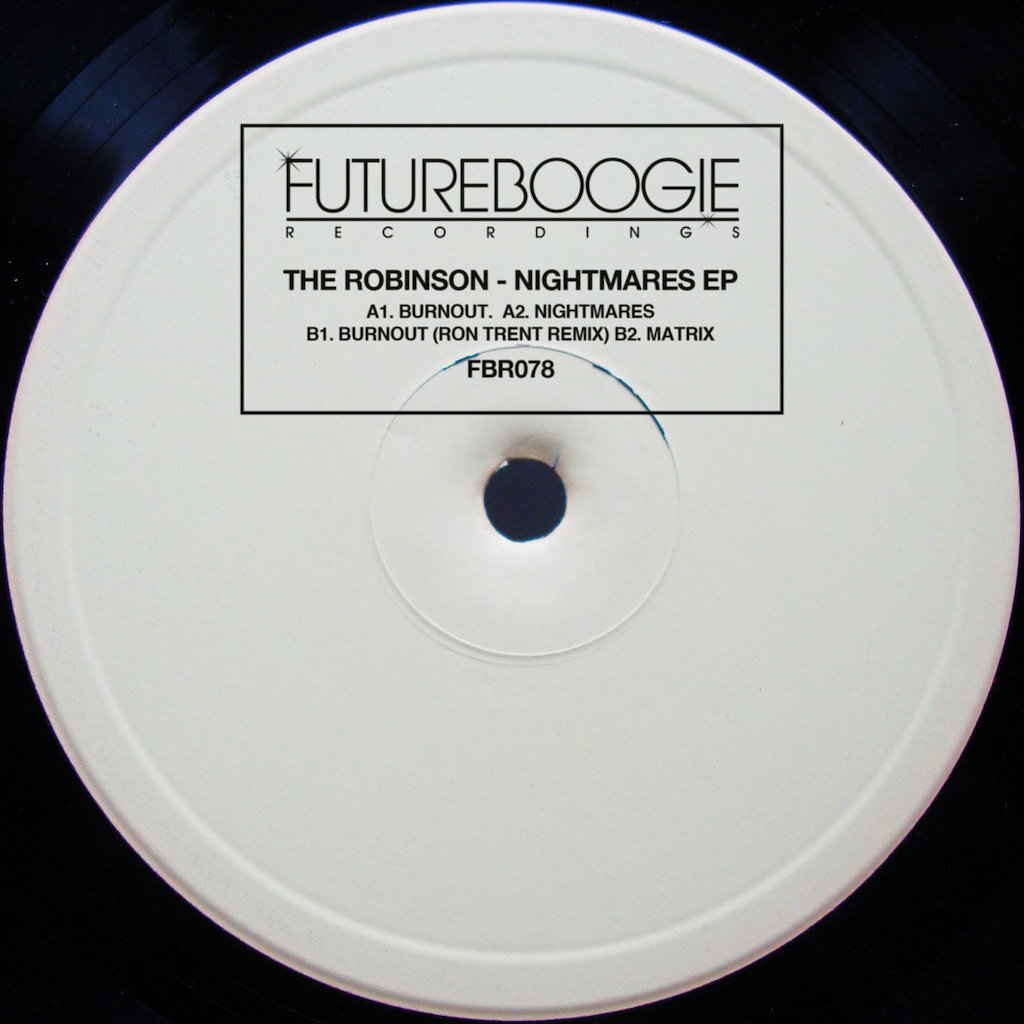 Milanese siblings Marco and Riccardo Augeri have an E.P. out on Futureboogie, under the nome de dance, The Robinson. The titular Nightmares is track-y old school house. Chicago`s Relief in its machined-rhythms and Detroit Music Institute memories in its dark, drama-filled strings. Demonstrating the duo’s versatility, Matrix is a remodel of the early 90s Italian “dream” variation on 4 / 4 euphoria, disco`s revenge – perhaps with also a passing nod to contemporary Future Sound Of London productions, such as Mental Cube`s So This Is Love. Its swirling synths “rush-y” and uplifting without smacking of sugar or saccharine.

The brothers build Burnout – if I’m not mistaken – on the fine fragmentation of a classic piece of late `80s moody Brummie boompt. Its chopped and clipped cello stabs combined with atonal metallic Motor City noise in an afro-influenced groove – tribally tumbling, rolling and rhythmic, subtly filtered – a not too distant relative of Kuniyuki`s epic Flying Music. Its flashes of futuristic keys putting Fela on a solar flight. On the remix Ron Trent takes the tune out to nearly 10 minutes. Strips it back, removes the samples, and adds instead zoot-suited, hep cat finger snaps – emphasizing the jazz in those keys. Turning in a transformation that’s tech-y and trance-y yet supremely soulful and predictably deep, deep, deep.

The Robinson`s E.P. is available directly from Futureboogie.