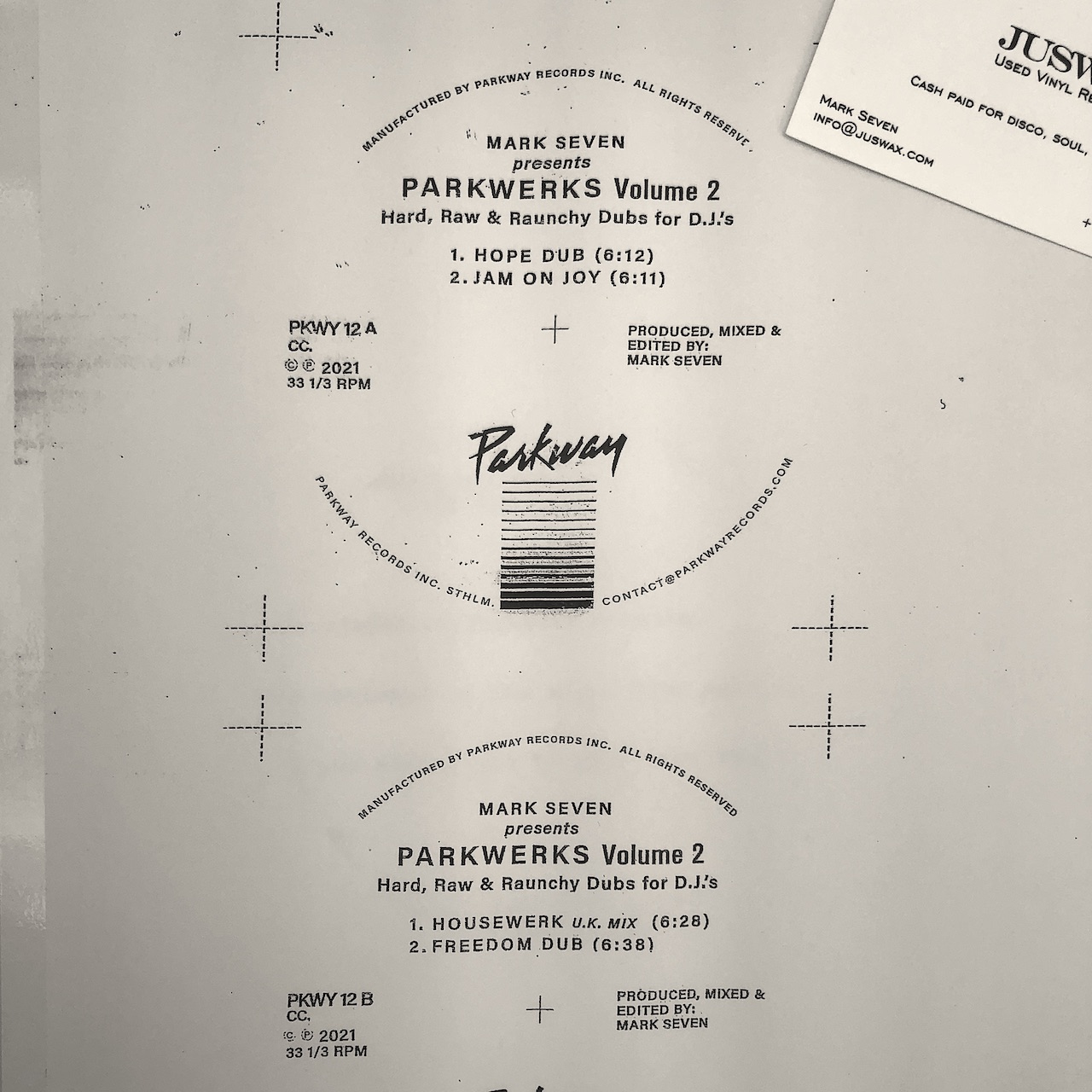 Parkway Records was born 10 years ago. The creation of the imprint was a reaction to the then musical climate. It was a statement, that, to a certain extent, was misread by many – myself included. I heard the productions, by T-Kut, Librah, and The Fyre Krew, which harked after the house – and proto-house – of yesteryear, and believed the label, and its works, to be a homage to those halcyon days / daze, but this / that was only the half, or less, of it. Yeah sure, the label`s catalogue respectfully doffs its cap to some of the favourite producers and studio heroes of Parkway founder, Mark Seven – folks like Tony Humphries, Boyd Jarvis, and Paul Simpson – but the label`s intent was / is far more basic than that. At a time when obsessive on-line DJ discussion groups had dissected their way through the tapes of Ron Hardy, DJ Harvey, and Daniele Baldelli, seemingly exhausting any actual dance music to talk about, conversations largely concerned forgotten funky folk and bucolic beach ambience. It had all got a bit “nice”. Like tea and biscuits. In parallel to DJ Nature, and his mission to remind us that dancing is, at its root, a mating ritual, Parkway set out to put the jack back. To move away from the arm, or deck, chair and out onto a heaving, packed, smoke-machined, strobed, and sweaty dance-floor. Bringing people together, instead of chin-stroking – alphabetizing their “vinyls” – alone.

The circumstances of the last 18 months – and counting – pandemic, and lockdowns, make Parkway`s purpose only more pertinent, as the world prepares to exit isolation, and fingers crossed, go raving (bonkers, bananas) again. The latest – forthcoming – release on Parkway is PARKWERKS Volume 2. A quartet of “Hard, Raw & Raunchy” dubs – for working D.J.s, perfectly timed to hit stores just as every turntable technician worth their salt is – hopefully – finally – about to get busy. Kicks come crashing, snares smashing, peppered with Peech Boys handclaps, and heavy vibes. Coursing with cascading, gated, keys, and shouts of “Don`t give up!” Bad, bad, bass-lines, and chopped up chants are joined in jams of joy and hope. Whistles blow, while MLK imports, “Let freedom reign” – ready for the celebrations, the ceremony, the ecstasy and abandon, to re-commence. This is music for the masses, moving in unity once more.

You can make yourself at home with the house of Parkway here.