Most of the names have been changed. The only the real cunt here is me.

It`s near the end of the night. The dance floor has emptied, and musically we’ve kinda come full circle. From the opening numbers like That Petrol Emotion`s Abandon, Gary Clail`s Beef and Farley`s Bogle-d up remix of The Soup Dragons` I’m Free, to Liz Torres and the Morales makeover of Shawn Christopher, we’re now shuffling about, doing The Monkey Drum Mooch, to Saint Etienne (1).

The Yellow Book is a craic, but the funny thing is, I don’t think we’ve made any friends here – bar the Bexley Heath boys, dressed in Michiko Koshino, cueing for the toilet cubicle, while I balance my bottle of beer on the urinal. The exchange of good-natured banter, piss-taking, between folks on quite different gear. Earlier in the evening I`d narrowly avoided a bundle with Alex Nightingale –  Andrew and Bobby from Primal Scream vouched for me – and freaked out a paranoid Jack Baron – putting him in a panic, a proper sweat, just by shouting his name. It`s very likely that I’m way too obviously off my nut to be publicly “embraced” – forget being hugged – by such a  fashionable in-crowd.

The DJ, I`m not sure who it is, Terry, Stripey, Rocky or Diesel, has played a few tunes, that are all, I guess, loosely, very loosely, reggae… the last couple,  introspective, melancholy moments for the “mashed”. One of whom is most definitely me. First Foxy Brown`s Fast Car, and now this. I’m in heaven. Claire`s just laughing as I droffle on about how “this is my music”, “this is where I come from”, and rant / mumble about Scientist, Barrington Levy, Junjo Lawes, Greensleeves, Gabicci`s, Blues parties, and race riots (2). Claire`s just laughing.

The drums spin backwards, until the bass-line connects. The rhythm, clicking, militant, stepping. A sparse snap, crackle, pop. A slow-motion flick of Johnny Too Bad`s ratchet. The remixer, Weatherall, mimicking an E-driven cross-fader. The bass teased with, that line broken into individual notes. Jean Binta Breeze whispers “Cool and deadly”, and the melodica starts. Pablo`s Far East sound relocated south of the river. A minor key score for the Deja Vu, Roundshaw, crew. A stoned serenade for the sons and daughters of suburban sink estates, the dole, and dead ends. Kids robbing and bashing across Europe as a means of escape. Summers in Ibiza. Alfredo at Amnesia. A Working Class British “Balearic Beat”. Schooled in Jamaican soundsystems, and pre-release 45s. Sporting stolen designer clobber, serving up, with pockets full of pills to peddle.

Out of my head, I turn totally inward. The drug doubling up on my self-centred nature. What do they call it? Obsessed? Well, this is more than narcotic narcism. I was bad enough before I got on one. My eyes are closed. Body moving to the bottom end. Mouthing its boom. Swaying to its sad, seductive skank. Like Jah Shaka`s Dub Symphony stripped way, way, back. Not many people are left dancing, but I’m oblivious anyway. Lost in a world of my own. Staking a front row spot in a private, secret, cinema screening, the protagonist, hero, anti-hero more like, in a film of projected past and future hurt.

The break rolls in before another rewind, and then “the DJ eases a spliff from his lyrical lips”, and fractured piano keys float in, fall all around. As they cascade, confusing and hypnotizing, conjuring contrasting images. Christ I’m a contradiction. Forever fighting with my old man, forever trying to toughen up, but basically a mummy’s boy. Trapped in the truth of the song`s title – Only Love Can Break Your Heart – and with bits of Stevie Smith`s Frog Prince underlined.

“I was always thinking of games that I was playing.”

Except I’ve never been one for games. There never was no scheme or plan, grand or otherwise. I just seem to get caught up in everyone else’s. Tagging along, turning up at the match, mob-handed, in a balaclava. Punch ups with Chelsea. Golf clubs and knives. Too cool for school – “streamed” in D, with the “remedials”, “special needs”, and trouble-makers – preferring pool halls and tattoos.

When the song stops, I come to, rushing, and still a tad removed.

Weatherall`s DJing at a Christmas carry on. Chester`s do with The Farm at The Astoria. Ali, with a huge grin, and a whiskey and orange in each hand, has “persuaded” Andrew to spin the song again. The Millwall chaps are upstairs in the seats. They remember me from The Downham Tavern. I`m not sure that`s a good thing. I meet Caren for the first time in The Keith Moon Bar. Both of us mistaking the other for someone else. Yeah, I know, I seem to have a thing for Cs. There’s even been a Cath. The chorus of Taja Seville`s Love Is Contagious has everyone singing. She says, “I like your hair.”

I haven’t been in here since The Trip. `88 feels like ten, not two, years ago. Rave for us has long gone, and we’re all dressed up to the nines again, cliques, pecking orders, and elites, kicking in. Most of my clothes have been pinched out of the back of Paul Smith on Floral Street, by Becky’s boyfriend, Steve. White jeans, Irish linen, big sunflower patterns. Man, I fucking love that shirt. My Converse swapped for suede Gucci loafers, after seeing Matt Dillon wear a pair in Drugstore Cowboy. The next time I run into Caren she takes me all the way out to Northolt, and in the corner shop I buy a bag of sherbet lemons, when I should have really been packing rubbers. Claire`s distraught, and I’m a coward. Nowhere near strong enough to be forgiven.

Caren had no money, so she`d cut her own barnet. She had a lazy eye, which she could hide when she wasn`t tired, which was around half the time, so her fringe was at an angle. She`d make her own clothes for clubbing. For work she`d hit church bazaars and jumble sales. She`d pick up a packet of chocolate Hobnobs for dinner, and make them last the week, so that she`d have enough money to for bumbles at the weekend. She`d hit the dancefloor in hot pants like she was its queen. Her mum was a schoolteacher, and her semi-estranged dad, a headmaster, but she`d thrown away a good education, skipping a university interview for a punk gig. She`d tell me stories about wild rock ` n` roll weekenders, hint at rough sex with gangs of geezers, with names like “The Bum Biters”, that would make her friends blush. We once bumped into one of these blokes in a local boozer, who’d said, “I thought you were dead.”

Caren rented an ex-council, now sort of slum landlord-ed, house on a Hounslow flightpath, with three girls, each of them being beaten to varying degrees by shit circumstances, and borderline poverty. Two rarely left their rooms. One, in an affair with a married guy from work, hid like a mouse for fear being found out. The other was the apparent prisoner of her dealer boyfriend, who`d arrive late at night with a little brown. In the morning, making sure to never leave her holding. The third, desperately trying to hang onto her pride and her dignity, was attempting to find someone, anyone, decent in the aftermath of “the second summer of love”. A post-acid house landscape that nobody ever talks about, similar to the `60s San Francisco of homeless hippies and teenage junkies turning tricks that followed in the wake of the first. She was also called Karen, thankfully with a K not a C, and although more than a decade separated them, they shared this strength that shone in the moments that you might catch them straight – watching Top Of The Pops after washing their hair on a Thursday.

Within a month I was in a suit attending Caren`s dad`s third wedding, a few weeks later taking tea with her mum. Her dad had held fairly indifferent court over his children of varying ages from previous marriages, her mum had got the photo albums out. Crazy Caren had been beautiful in her twenties, when not much older than me. A mass of golden curls, instead of a crude red, home-dyed, home-chopped crop, Ziggy Stardust`s wig slipped. In `50s denim and frills, a cowboy`s dream in gingham check. I only guessed at the trouble she`d seen. Teeth knocked about by cheap speed and careless rockabillies. A frame too long on a poor diet, and a face prematurely aged by years of not enough sleep, too many disappointments, dares, and mad, misguided decisions. I thought that I could look after her. What a fucking joke that turned out to be.

Saint Etienne`s Only Love Can Break Your Heart is just one of the priceless pieces featured on Heavenly Recordings` Remixes Volumes 3 & 4 – two double packs of vinyl focused on the wonderful work of the sorely missed Andrew Weatherall.

The compilations will be released on Friday January 28th, while there’s a launch party, at The Social, on the 29th. You can purchase tickets here.

2. Monkey Drum was a Monday night party, hosted by Deja Vu at Solaris on The Gray`s Inn Road. 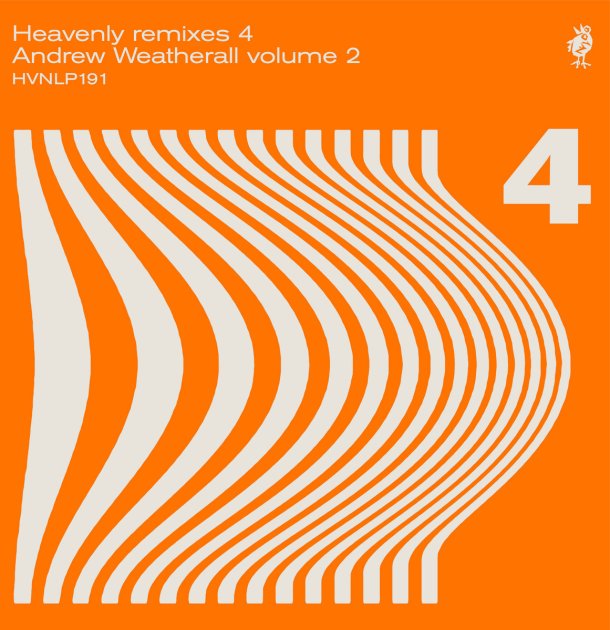