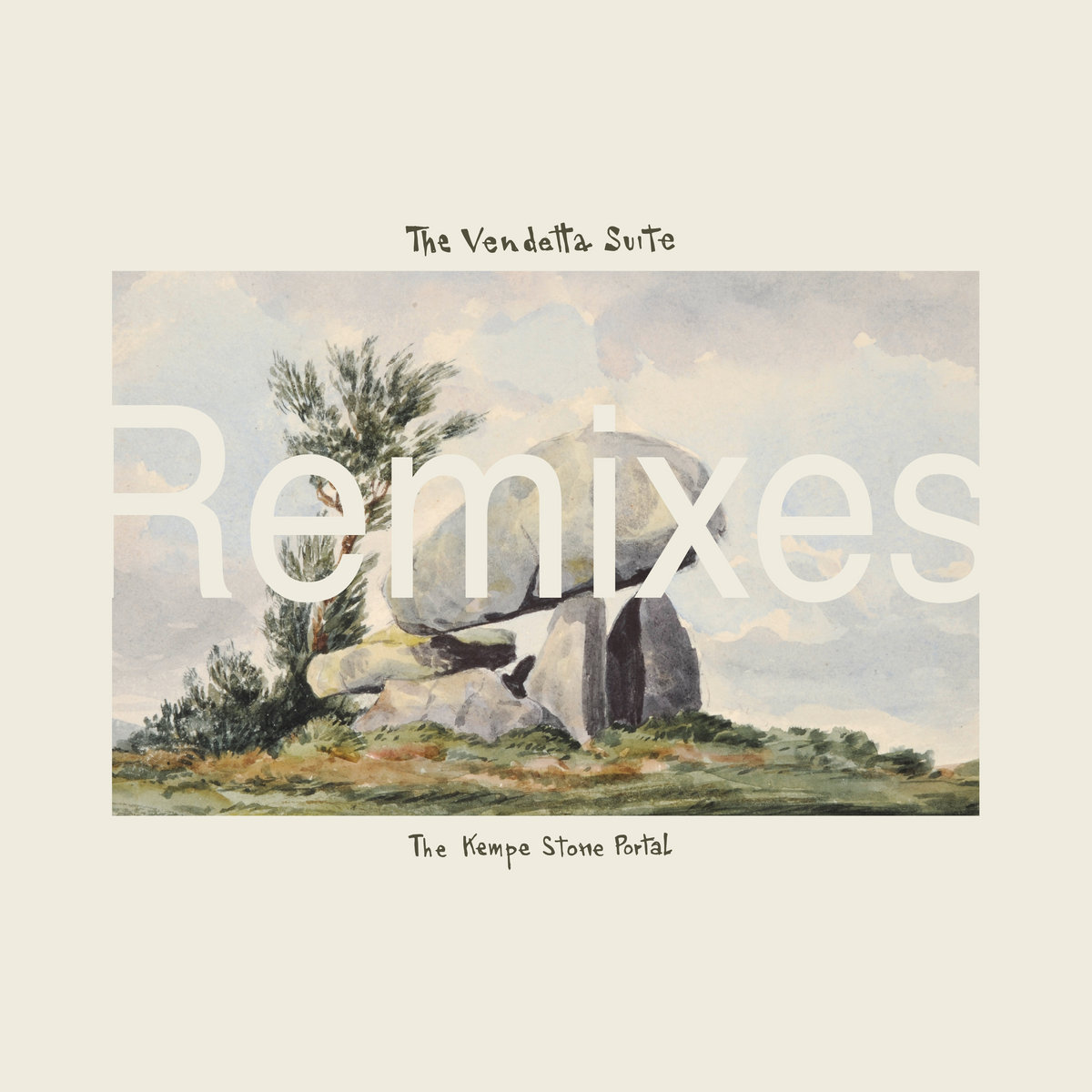 The big thing about this remix E.P. is that it finds old friends getting back together. Gary Irwin, David Holmes, and Timmy Stewart, all having been movers and shakers, DJs and producers, on, and pivotal to, the early `90s Belfast house / techno scene. The trio often convening and creating at Holmes` Exploding Plastic Inevitable Studio – where Gary effectively became the in-house engineer, helping to shape many of David’s remixes and productions, including his breakout album, This Film`s Crap Let’s Slash The Seats. Timmy “T-Bone” has recorded and released under a whole host of names for labels like Paper Recordings and Product Deluxe (a venture that Timmy co-owned with Glenn McCartney and Two Tribes Brewery’s Justin Deighton). Mr. Holmes I`m assuming needs no additional introduction. The three amigos have now reunited to re-imagine two of the standouts from Gary`s recent super Vendetta Suite long-player, The Kempe Stone Portal.

Timmy takes the acid-soaked skank of Warehouse Rock, and tames it a tad. Giving it a more blissed-out, loved-up feel. Retaining the OG`s fuck-off dub bass-line, and snippets of the Mikey Dread samples, but stirring in birdsong, and synthetic strings a la MFSB`s Love Is The Message via Malcolm McLaren`s Deep In Vogue. Resulting in an opulent, open-air, sunshine-filled sound. It could be my overactive imagination but one of the new riffs possibly pays homage to Orbital`s anthem, Chime. As a bonus there`s short, beatless, reprise.

David deconstructs Purple Haze, Yellow Sunrise. The original was / is an upbeat slice of house, chokka with subliminal snatches of late `80s / Second Summer Of Love staples. A love letter to “several thousand blinding nights out”. David further blurs these echoes of yesterday daze, forging a sort of nostalgic fog, a bit like a balearic Burial. Gating their ghosts, haunted and ethereal, over a pukka piece of post-punk dub. Think Killing Joke`s Turn To Red versioned by The Hardway Bros and Monkton uptown. Delaying the drums and constructing a smudged “bokeh” collage full of shouts and proclamations – did I hear Moby`s Go? – before hitting a long final fade.

The Vendetta Suite`s The Kempe Stone Portal Remixes is out now on Hell Yeah!