Payfone, the musical duo of Phil Passera and Jimmy Day, seemed to come out of nowhere with 2013`s smash, International Smark – its sublime synthetic boogie accompanied by a striking video of a dancers strutting their stuff on New York`s subway. Phil and Jimmy then scored hit after hit on Phil South’s beloved, sorely missed, Golf Channel, before joining Paul Murphy and Simon Purnell`s label, Leng. Signing the smooth pop stylings of Last Night In San Celoni and the slightly darker, Sofian.

This month sees the pair share a new cut, Coffee Machine, while an E.P. is due to drop, any minute, on Defected. 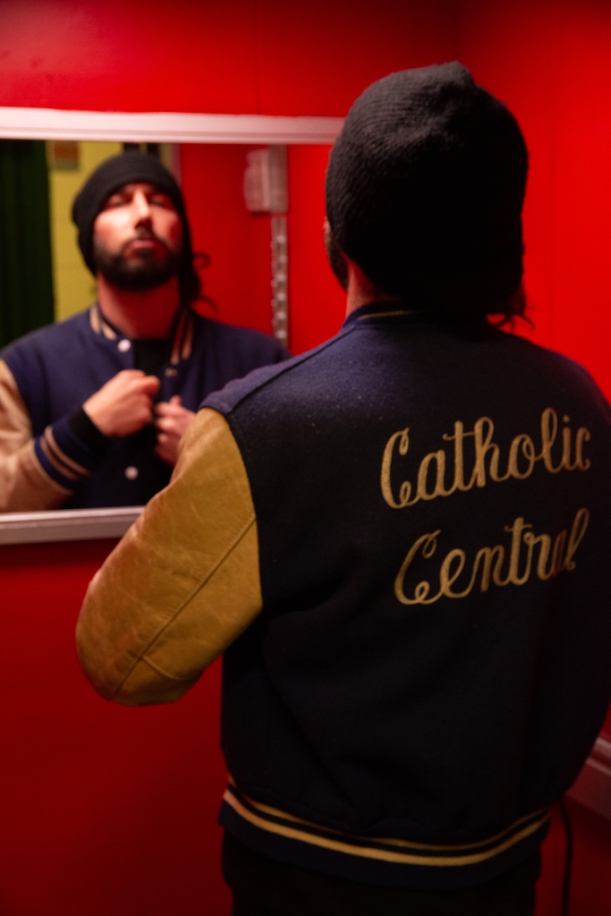 Born and raised in London.

I relocated to Barcelona last year..the Poble Nou area … some call it the new Berlin.

Did you get into making music through DJing?

My old brother Lawrence – who’s 9 years older – was DJing at a young age, at around 18 years old, so from about the age of 8 I was very lucky to have 2 Technics 1210s in the house and a Numark mixer, which my brother kindly let me mess around with – so I learnt to mix really young. As a kid in the pre-internet age boredom was rife – you would do ANYTHING to get through the day –  but at that age I was already learning to play the saxophone at school, before moving onto the bass guitar and then finally drums – my other older brother David was a drummer – so I was always as equally into records and DJ culture  as I was into playing musical instruments.

What kind of music were you into / playing? Where were you first paid gigs?

Well .. my first band were inspired by Nirvana / Pixies / My Bloody Valentine. At 17, I started a band in college called MEAT. We did a few gigs but I can’t remember getting paid…in terms of DJing I remember putting on a night at the Trinity Bar in Harrow – it was a DJ night of trip hop – which made us a small amount of income. That would probably have been in around 1995? I think we got £80 for the whole night!!

Prior to the pandemic did you have any regular gigs or residencies?

I have to go back along way for a residency  – that would have been at INDO in Whitechapel, between 2006 and 2010. Those are still some of my best DJ memories so far – RIP Neil Retnam.

I started learning the saxophone as a 10-year-old, which I played until the age of 16. I then sold my saxophone, bought a bass guitar, and started a band.

What instruments can you play?

I also had a few guitar lessons at a young age. I come from a musical family – all my brothers and sisters play instruments. Today I can pick up most things and do an impression of someone playing an instrument but I have since long forgotten how to read music… These days I try and play the drums for at least 20 minutes a day just from a therapeutic level… nothing clears the mind like a good drum session – I recommend it for EVERYBODY !

What equipment did you have when you first started making music?

Back then I had my brother`s Newmark PPD mixer – I still have this model in my home alongside an Allen & Heath Xone 62 – with a one second sampling time record button on it… I hooked up to a four-track cassette tape machine and got very creative by speeding up records to 45 + 8 then slowing the samples right down to stretch them out as much as possible. Years later I would use the same trick on my first pro Sampler : The EMU SP1200.

What sort of music were you making?

I was making trip hop – the fashionable sound of the day!!!

Didn’t you have a house record out on Junior? How did that come about? Was house an important genre for you?

I was signed Junior Boys Own off the back of a very absurd record under the name Kitty Bronx – which I produced alongside Simon “Sonny” Baxter. It was definitely not your average house release.

Gabrielle, by Roy Davis Jr, was the first house record that I connected with. I found the simple bass-line so original. I still remember the first time I heard that song in my mum’s kitchen. I think it was being played on Capital FM.

House has never been an important genre for me… The truth is I really have never been a fan of the generic kick / hat house pattern… For example, you can’t go out in Barcelona these days without hearing the most insipid and soulless polite house music – it just makes you want to puke – it’s all so tame and trimmed. After saying that, yes, we do have a record coming out on Defected next month but it isn’t your standard house track – it’s a lot heavier than that.

Discogs says that you played bass with Turin Brakes. Is that true?

Yes, it’s true… But I also discovered them, came up with their name,  convinced them to take it seriously, started a label to release their music, managed them for five years to a point where they sold half a million records… so, playing the bass on their album was kind of the least I did – but I got to play with Andy Newmark – the former drummer with Sly & The Family Stone – on the album session.

Too much to say… but I recently picked up a modern remake of the Grampian 636 Spring Reverb… it’s a beauty!!! My Payfone partner, Jimmy Day, swears by it.

How did you meet up with Jimmy? How does the creative partnership work?

Me and Jimmy bonded over a love of Metro Area about 10 years ago via a mutual friend Liz Squire. Now that we live in different countries our working structure has evolved / regressed and we now spend too much time on Zoom and not enough time in the same room together. However we do get in the studio together every 4 to 5 weeks or so.

How would you describe what you do now?

This is a hard question to answer… in simple terms…we are split in half, like a lobster’s brain …. half lo-tempo  / half up-tempo.

Are there any artists or pieces of music that have had a direct influence on the music that you make as Payfone?

Could you please give me 3 pieces of music, or artists, that you are currently enjoying?

An Inflagranti side-project in a minimal style.

Were you surprised by the success of International Smark?

I felt it was an ambitious record, and at the time not many people were making music that had so many parts to the arrangement – at that point it was like if you had a groove, then you had a song. We always like to make Payfone songs full of ambitious arrangements and mystery.

Who made the cool video? Was the footage yours, or “found”?

I shot the video by chance on the L-train in New York…The dancers just appeared and were actually dancing to a Michael Jackson song that was 120 BPM – luckily fitting perfectly with the tempo of International Smark. When I matched the footage to the track it was a gift from heaven. The dancers were busking to save for the travel fare to compete at a dance competition in Germany.

You put out smash after smash with Golf Channel. Are you still in contact with Phil South?

Yes, still in contact with Phil South although he no longer runs the label.

How did you hook-up with Leng?

I met Paul Mudd whilst DJing around New Zealand. We were booked to play the same venue in a beach town called Raglan… We always got on very well… When Last Night In San Celoni was coming together I thought it would be perfect for Leng, which I was a fan of.

You’ve worked with a few vocalists. How do you make these connections? Who are you working with at the moment?

We are very particular about vocalists and we do try out a lot… It’s just a case of getting lucky really… There are so many vocalists out there… but not many with what we are looking for. I guess it’s the same with dating you may have to go on 20 dates in order to find someone you actually want to listen to.

How on Earth, given the current situation, did you manage to shoot your new video in the desert of Monegros, in Spain?

Since I now live in Barcelona, the Monegros desert is only about 3 and a 1/2 hours drive away… All of the cast and crew were from Barcelona, so we just jumped in a big van and drove out there for the day. We shot some beautiful stuff. I had a psychedelic vision for this song and I think we got it.

You’re a “dance” act that writes proper songs. What’s the meaning behind the new one? I know it`s got nothing to do with a Coffee Machine?

Well it does actually… The coffee machine represents our dependence on modern technology and how far we’ve come from when times were far simpler and we were probably much more content, despite the challenges that were posed by simply existing. I was reading Sapiens: A Brief History Of Human Kind by Yuval Noah Harari at the time of writing the song – the song is about where we are now on the grand scale of human evolution.

Has the lockdown period been creatively productive for you?

Yes very… I actually became quite happy just going to the studio every day to write and record, and experiment with ideas – not thinking about Djing for a couple of years. The first party I played post lockdown was in May 2021  – probably still illegal then, I think – for my friend Tyrone’s birthday at a small bar in Barcelona. The atmosphere was off the hook – it was like 100 women had escaped from the local prison for one night only!!!

Are things beginning to open up again where you are?

Yes, everything is beginning to open up now, and life is coming back to some sort of normal… The police have been absolute cunts during this whole process – Barcelona has 4 independent police forces working in the same city. I`ve been fined 3 times for doing pretty much nothing … I’ve not paid any fines… never will. Fines only work on fear… remove the fear… remove the fine.

What are you working on right now?

Right now we are working on 2 future releases, Put Your Face Away, and Wild Butterfly – both should be coming out on vinyl in the second half of this year – pending the current extreme vinyl pressing waiting times at all European factories.

Have Payfone ever performed live? Are there any plans to do so?

Yes, one gig to date so far a few years ago in Barcelona. We performed as a two-piece and it was a great success, with a small crowd of the hundred or so people who were loving it. I`d love to get a full live operation in motion in the near future.

All being well what are your plans for the rest of the year?

The rest of the year is making sure that all four releases scheduled for 2022 come out without any of the hitches or glitches that usually accompany every attempt. 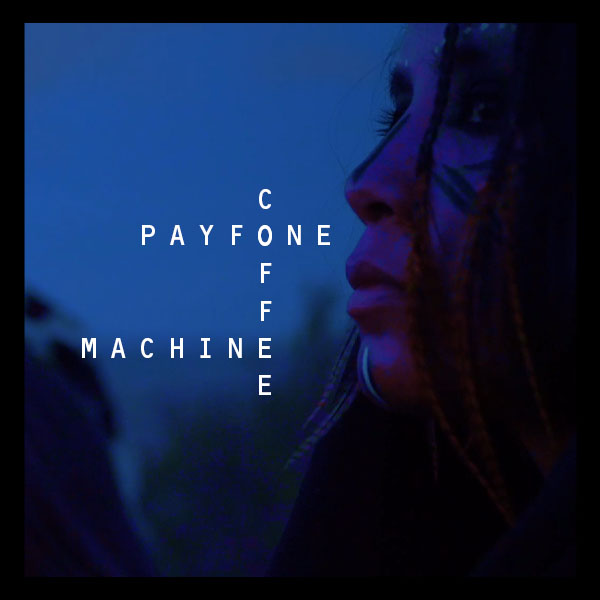 Payfone`s Coffee Machine is out now, and you can purchase a copy, or stream by clicking on this link.