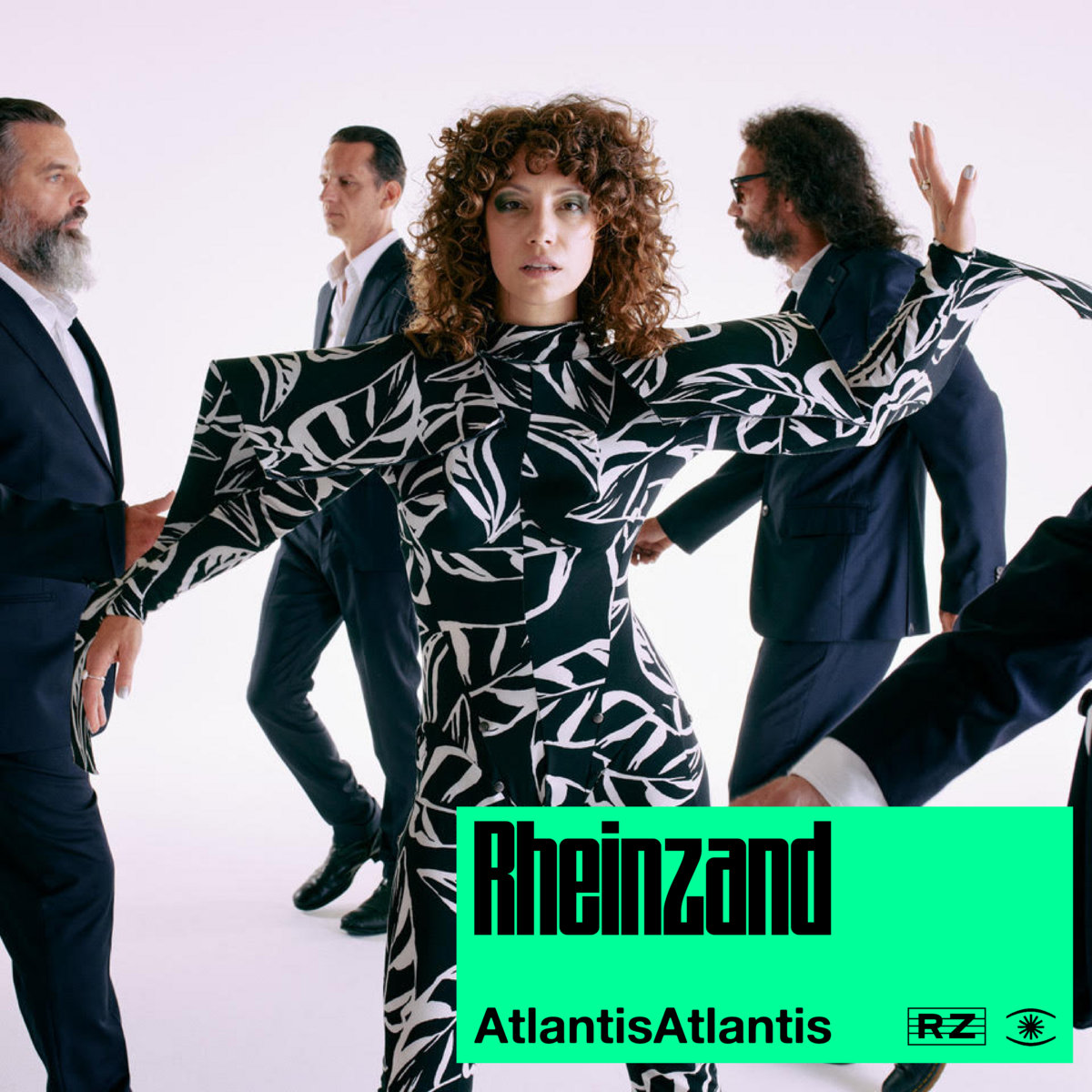 Words by the ever erudite Adam Turner.

Back in October 2021, just as the world looked like it might be edging back toward some kind of normality, Ghent three-piece Rheinzand released We’ll Be Alright – a single that promised ‘Hope for the future… we’ll be alright and so will you’. The song was a perfectly put together piece of 21st century dance-pop – optimism coupled with a slight sense of melancholy in the verse and chorus, and backed by a musical bed of arpeggios, synths, padding drums, lovely `80s pianos and a vocal refrain that ran, ‘A little bit of fun never killed anyone, high tide, low tide, we’ll be alright’.

Now, a few months later, the album, Atlantis Atlantis, is upon us and the world has somehow spun closer to, rather than further away from, the abyss. The much hoped for release from the horrors of COVID replaced by war in Europe, and the tugging melancholia at the heart of the Belgian group’s music seems more central than ever. Still, their song-based dance music is here to provide some kind of solace in the dark, and there is much to enjoy. There`s disco, and Balearica, and electro-pop in this Atlantis. There are keyboard lines that seem to have been beamed from Bernie Worrell playing with Talking Heads circa Stop Making Sense. There are bass-lines that echo Giorgio Morodor, early Simple Minds and Peter Hook. There are strings that sweep in from Ten City. All the while, the drums stomping away, like when you approach a club and can hear the muffled sound of the kick, and it sets your heart racing.

Charlotte Caluwaerts sings, whispers, speaks and “whoo whoos”, switching between English, French, Italian and Dutch. Elefantasi (available as a single in six different languages) throbs and shimmers. A song for an idealised indie- disco in downtown Ghent, it supplies highs and hangovers in one bundle. On La Nuit, Reinhard Vanbergen’s Barry White growl plays off against Charlotte’s uptempo vocal while the strings and upper register synths ping away. It’s heady stuff. Title track, Atlantis Atlantis, pairs the two voices again, the drums pounding, the synths squiggling delightfully, and Charlotte asking the question all hedonists want answered- ‘Where do we go on a Saturday night to the morning light?’

Closing number, Dudo, seems like an oddity at first, especially coming as it does after We’ll Be Alright. It opens with a violin and an operatic vocal, 19th century Mittel Europa rather than Low Countries disco. Two and a half minutes in a bass-line appears, propelling things forward. Charlotte sings breathlessly and then that heart-warming sunset piano re-appears, the nu disco/ Balearic pop re-emerging. Dudo in Spanish means ‘I doubt’– and there is doubt here, a sense that while we may yet spin careless and carefree around a dancefloor again, the last two years have been difficult enough for us all to question whether things will ever get entirely back to normal. Things may turn out OK, and hey, things may not, but for the next 60 minutes while Atlantis Atlantis spins we can at least hope they’ll be alright.

Rheinzand`s Atlantis Atlantis will be released on April 1st, via Music For Dreams. You gotta love that Level 42 cover.