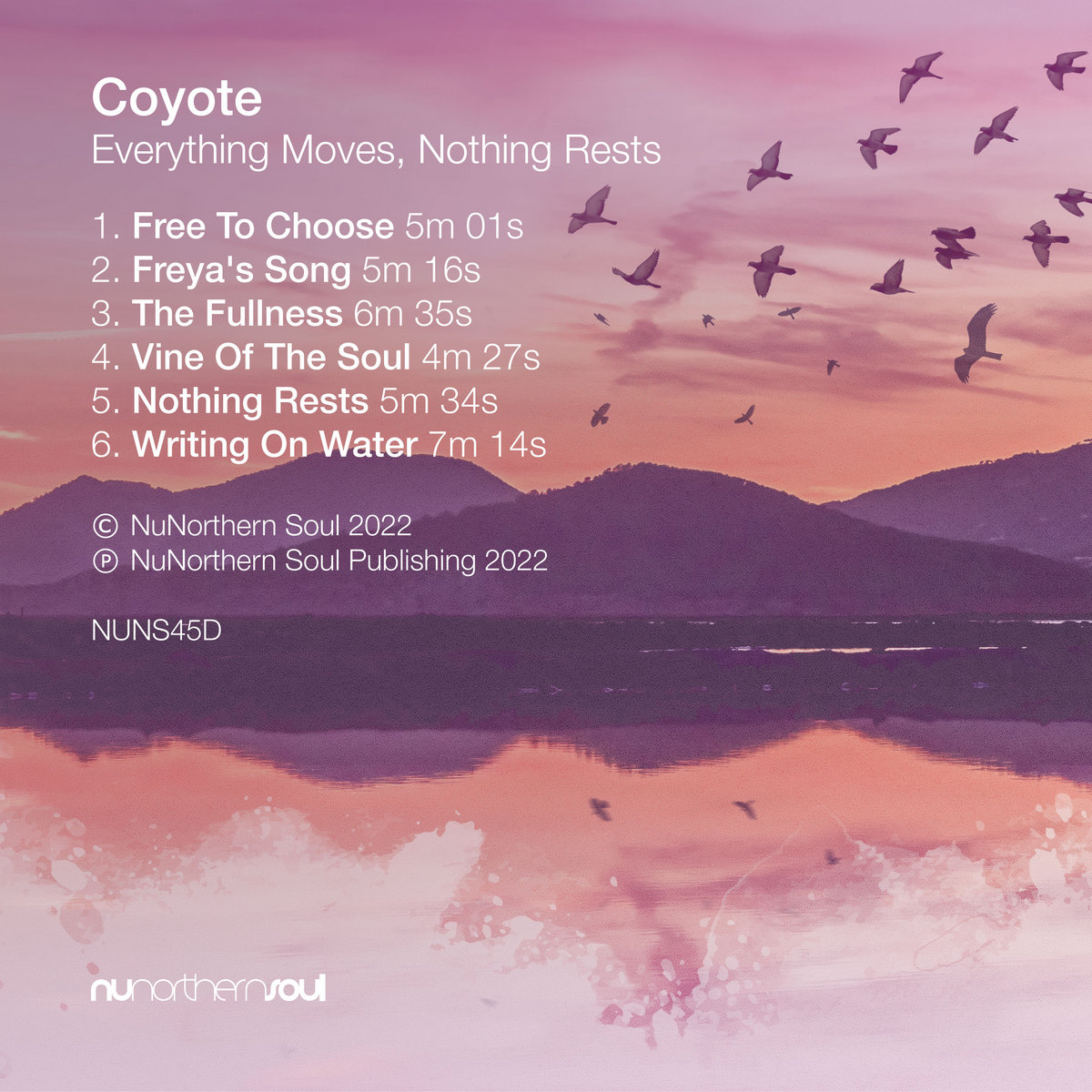 Coyote – Timm and Ampo – help NuNorthern Soul celebrate its 10th anniversary by licensing the label their latest LP. The album takes its title from William Walker Atkinson`s turn-of-the-20th Century text, The Kybalion – a scholarly study of Greek and Egyptian philosophy concerned with universal interconnectivity, and the nature of destiny. The book lays out seven principles, where Everything Moves, Nothing Rests is the fourth, and was part of the then “New Thought” movement who believed that “divinity” – God – is within, not without. If this sounds kinda heavy coming from the reggae-loving, bifta-toting / toking, Is It Balearic? boys, well fear not for any “messaging” really remains hidden. If it`s there then it`s certainly subliminal. I guess the grooves though are designed to let you empty your mind, open you up to new ideas and other avenues of reasoning. There are snatches of sampled dialogue scattered throughout – mediation / relaxation gurus and guides getting you to control your breathing, become grounded, Earthed, and let any stress discharge / dissipate / evaporate. A peppering of proclamations of positive vibes, but these are often almost out of earshot.

On the opening Free To Choose, there`s the seductive promise of a hot, sunny day. Spiriting you away to a summer somewhere, accompanied by cool keys and a lapping conga tide. Its chilled, but chugging, bass-line perhaps a vamp on Sade`s Paradise. Vine Of The Soul is a reference to Ayahuasca.

Spanish guitars are gently strummed and tambourines are tapped. Percussion is phased and delayed a la The Idjut Boys. There are tasteful trumpet touches and mellow marimba melodies, and tempos travel between canters through Cantoma country and seriously stoned siesta shuffles. The synths are glacial, the strings romantic, and the bottom-end fucking large.

The closing Writing On Water is a 4 / 4-ed finale. A piano-packing big room banger – from yesterday’s party’s peak – remembered. A muted memory reprising, reliving, the rush, the morning after the night before.

Coyote`s Everything Moves, Nothing Rests is out now, on NuNorthern Soul.

One thought on “Coyote / Everything Moves, Nothing Rests / NuNorthern Soul ”