Two of my favourite albums this year have been the compilations from Paul Hillery, for BBE, and Home Volume 1 on Re:Warm. Hey! You know what would be a really good idea? Oh! OK, so you guys are way ahead of me…. Well, that’s good to hear!

So, I`ve been excitedly awaiting the arrival of this LP, and by a strange series of events, the vinyl arrived this Monday, the same day I went into hospital for knee surgery. Thankfully I was in for the op, knocked-out, stitched-up, and sent packing within a few hours, which meant that when I got home to my new temporary bed next to my decks (it`s so I can hobble to the toilet more easily, but thanks for asking), I was able to lay back, and drift in and out of conscious states of mind while the after effects of all the anaesthetics, various drugs and painkillers ,and this gorgeous record got to work on me. When it says ‘trippy’ in the title, it’s really not joking you know.

I’ve now been listening to it on repeat for almost a week, and it seems to get better each time. It’s a much prettier, gentler LP than We Are The Children Of The Sun, Paul’s excellent, previous, comp on BBE. I think it’s fair to say that it’s a little less outré or leftfield, and while this would normally be a criticism of a record, here it has the effect of making the whole album just work really beautifully on you. It really does cast a spell over the listener. Kind of like the aural equivalent of being licked by kittens.

The quality of the music presented here is astonishing, particularly since to my, not that badly informed ears, all of it is completely new. There`s one artist whom I was already aware of, but not the particular track included… and this is a range of music spanning between 1971 and 2018. There are 19 tracks, and I could have written something lovely about all of them, but I’m not going to do that. Here instead, is a quick selection of some of my immediate favourites.

The LP opens in fine style with Duncan Pryce Kirk’s Space Out, and what a brilliant start, with those weird synth noodles dissolving over a funky, not so much yacht, as Millennium Falcon, rock groove. Imagine Hall & Oates writing a song from the point of view of space pirate Han Solo.

Next up is Eik’s Mr. Sadness, a slice of Icelandic funk-fusion, the b-side of a 1975 single, propelled along by rock-solid drums and a gorgeous hypnotic bass-line and flute part. This is the sort of thing DJ Shadow – had he heard it –  would have sampled the shit out of. Incredible.

Skipping to my next highlight, we end up in Hawaii for the most recently recorded inclusion. Christian Besa Wright’s Cherry Blossom Oak, an utterly sublime piece of modern folk-rock, which is right up there with the likes of Vetiver, Devendra Banhart or Beck. This song is just staggeringly beautiful. Recorded in one night in his bedroom for a college assignment, this soars, as the slide guitar, baby grand piano, and voices combine so perfectly.

Next is Wendy Grose’s Blue Sunny Sky Day, which could be some lost Laurel Canyon masterpiece – on a par with the likes of Judy Sill – but actually hails from Sydney Australia. This was recorded in 1975 when Wendy was only 19, and I’d like to draw your attention to the fact that we’re still on side one of a double LP! I’m going to have to skip a few I think, or we’ll be here all day.

Oh, but wait, the side ends with Ruth Finlay’s Deep Calls To Deep, a gorgeous, floating vocal, with the guitar accompanied by some fabulous flute playing: a lovely song, and she’s Canadian, and everyone likes Canadians.

I really am going to have to skip some now, so to side 2 for my next highlight, and the only artist that I`d already heard of, Jeb Loy Nichols, and a song called Sweet Sweet Stay Awhile. Recorded in 2000 with the aid of African Head Charge and Tricky bassist, Wayne Nunes, this gorgeous mix of country, folk, funk and basic drum machines remained unreleased until now, and it’s one of the album’s standout tracks.

Side 3 kicks off with Peter Wale’s completely epic, One Quiet Sultry Sunday. Peter’s a posh sounding white South African, who seems to be influenced by both Gil Scott-Heron`s stage patter, and Hunky Dory-era Bowie, resulting in this lovely, live performance which recalls Terry Callier’s Lazarus Man. Recorded at a farewell gig before Peter set sail from Cape Town to Rio De Janeiro, the blend of hypnotic guitars and gorgeous flute solo has me spellbound.

Favourites on the album’s fourth and final side are Smokey’s Topaz – a slice of ace, sleazy, funk-rock, originally released in 1976 on the kinky monikered S&M Records – and Geoff Bartley’s Don’t Want To Know About Evil, a beautiful, and quite faithful, John Martyn cover.

As I said at the beginning, honestly, the more you listen to this LP, the more you discover the beauty it contains… plus it looks as good as it sounds, with Re:Warm continuing their tradition of delivering stunning sleeve art. I treated myself to the lovely blue vinyl edition, so the records match the sleeve, which features really interesting background notes. The whole thing has been put together with so much love and attention to detail, so a huge “Congratulations!” to all involved. You really need to treat yourself to this.

Folk Funk & Trippy Troubadours Volume One, compiled by Paul Hillery, is out now, on Re:Warm. 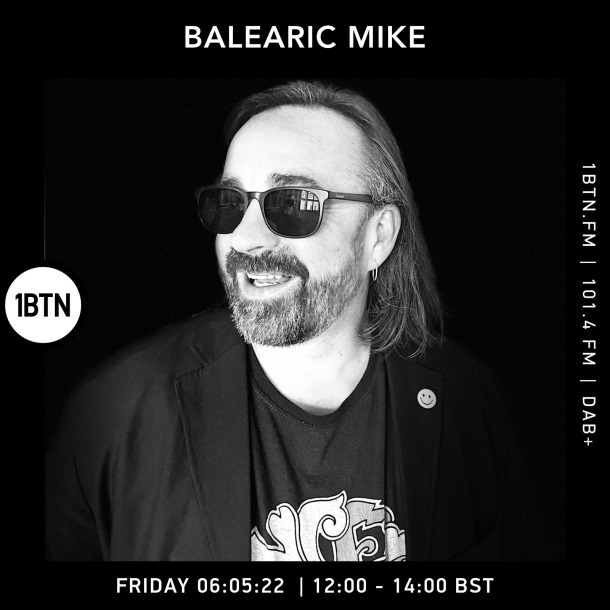