All words and selections by our favourite four-to-the-floor expert, The Insider.

I’m kicking off these autumn reviews with Kevin Reynolds and his fresher than fresh Riverfront E.P., up on Osunlade’s Yoruba Records. Detroit runs through Kevin’s veins. Born in the thick of it in the Motor City, as a youth he was kicking around the epicentre of the underground techno scene at its very beginnings. It’s well known that Kevin played a key part in running Derrick May’s seminal label, Transmat. This self-taught lover of machine music has gone on to be heavily involved in Detroit’s Movement festival, including performing his own live improvisational sets. Riverfront, Kevin’s third release on Yoruba, is a deeply emotive, and ever so classy slice of pure, warm, Detroit techno with soul.  As if the original cut wasn’t already killer, Jon Dixon`s remix takes the track up a further notch, delivering a beautiful, shimmering, techno journey, that will do nothing short of amaze you. 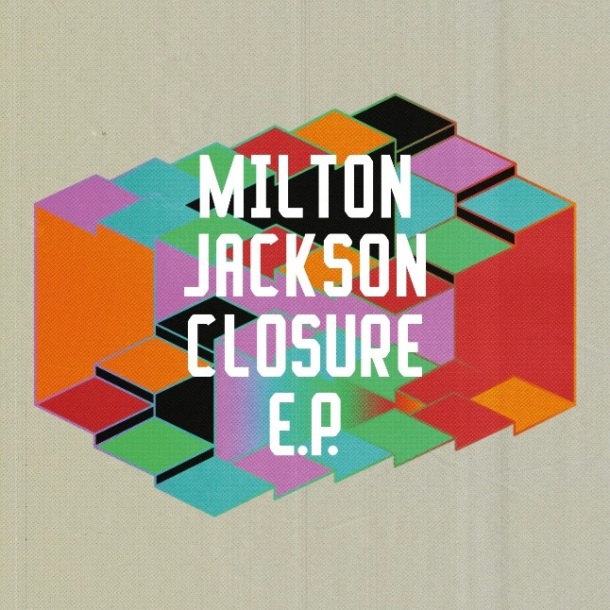 After a few years away from the studio, one of Scotland’s finest exports, Milton Jackson, is back firmly in the fold of Freerange Records, with his October release, Closure. Chunky and warm, deep house is the order of the day across the four tracks on this essential E.P. The jazzy, summery, opener, Need Your Love, features Londoner Ski Oakenfull on keys. Imagine Roy Ayres jamming with Kerri Chandler, and Larry Heard then comes in and does his thing too – this is the kind of vibe we have here! Synths, strings, and sun-drenched grooves fill Day In Day Out, while Closure itself goes full on jazzed-up house, with a MAW style vocal that’ll have you smiling for days. 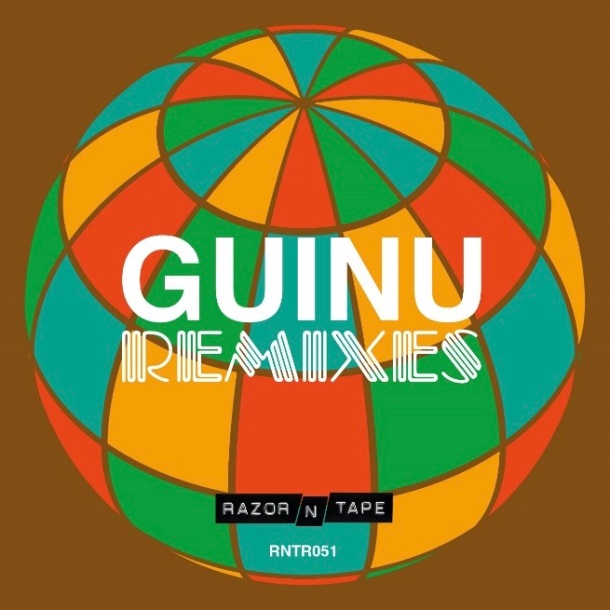 Brazilian musician Guinu just dropped his jazz-funk opus Palagô, and you wouldn’t have thought this project could get any better. Razor-N-Tape, however, flex their A&R muscle and bring aboard four giant remixers to work their magic on some standout album tracks. Jose Marquez transforms the title cut into a deep house, percussion-heavy, Afro-Latin number, while Faze Action deliver a lounge-y rhythm-driven version of Haja Fé. Label regular Diogo Strausz shoots Eletromandinga into the stars, with anthemic synth melodies and interstellar vocal treatments. Closing out the collection, Carrot Green gives Porão de Ferro an `80s makeover, with dubbed-out vocals and funky bass-work, over bouncy analog beats. 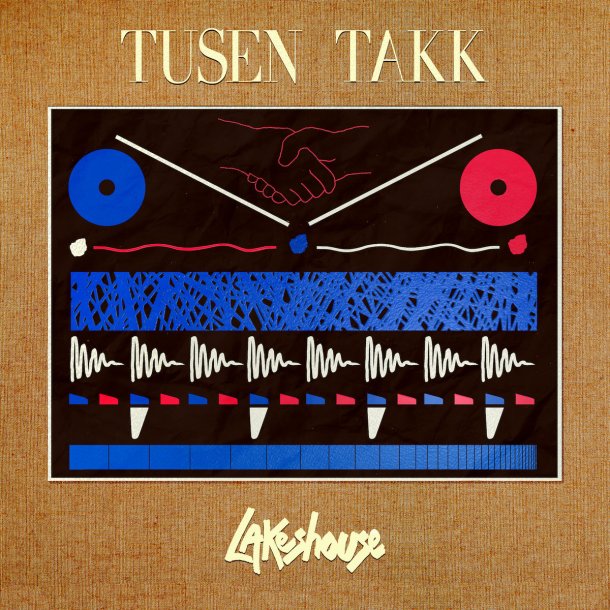 Based in Oslo, Lakeshouse is a band of producers and jazz musicians who create their own unique take on underground dance. They’ve released on Paper Recordings before, and have been praised highly for their leftfield slant. They join the dots between Norwegian disco, and the UK dance scene, with their super-tight productions and fun filled beats. The E.P. consists of three impeccably produced slammers. We Don’t Stop blends disco, pop, and house where echoes of Todd Terje, Todd Edwards and Daft Punk can all be heard. The chunky Treat Me Right keeps the sun shining with rolling chords, and vital vocal stabs. Tusen Takk finishes things off in a delightful disco direction with cosmic stylings, off-kilter acappellas, and wobbly synths. There’s lashing of good times here with plenty of Norwegian wonk and fjord funk to be had.

If late summer sunshine were available in a can, that is what this record would be!Thessaloniki-born, Berlin-based, artist Steve Mill, harnesses the Grecian sunshine with these warm and soulful grooves. Love Attack radiates heat, with catchy vocals, sizzling synth work, and funky arpeggios, while German keyboard wizard and talk box genius, Lorenz Rhode, also adds a rework – turning the feel-good dial up to 11. The majestic Make Me Feel features vocalist Tee Amara, while Next To You is `80s inspired. Both are house, but laced with tons of disco flavour. Catch the last rays of summer sun with this high-quality, high shine, release on Dirt Crew.

ATHLETE WHIPPET / TALK ABOUT THIS LOVE / HOUSE OF DISCO 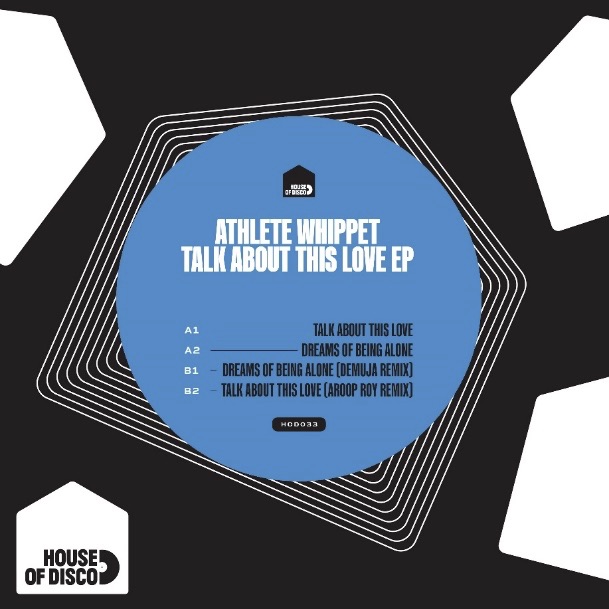 Athlete Whippet are a duo, based in both London and Berlin, who`ve gained a reputation for confidently fusing genres and sounds. They are co-founders of the South London collective, Squareglass, a project that supports and develops artists, specifically in the South London area. The pair have had some highly successful outings on essential labels like Rhythm Section, Toy Tonics and Kitsuné, and they`ve shared stages with seasoned acts like Session Victim and Dan Shake. This latest release, Talk About This Love, comes via House of Disco, the solid imprint, run by Magnier, which has played host to Ron Basejam, Hot Toddy, Fouk, Art Of Tones, and COEO, amongst others. The title cut floats on heavenly pads, and features a dynamite vocal. Dreams Of Being Alone has a colourful island flavour, that gets intensified by Austrian producer, Demuja, who toughens up the beats, but keeps the marimba firmly at the front, maintaining the tracks tropical beachy feel. However, it`s Aroop Roy who delivers the standout for me, with his souped-up cosmic disco edit of Talk About This Love. Aroop adding keys and a brand new bass-line, making the whole thing musical magic!

Does Byron The Aquarius put out anything that is less that brilliant? Not lately! It’s as if he just popped up on the scene over the last five years – certainly on my radar – with releases on Jeff Mills` Axis, Bristol’s Shall Not Fade, Theo’s Parrish’s Sound Signature, and most recently his own fledgling label, Talknoi$e. But Byron has been in and around the music scene for two decades – born and raised in Birmingham, Alabama, taught to play jazz chords by a member of Sun Ra’s band no less. He came up through the ranks of hip hop, and while working in Atlanta, he hooked up with a mentor – Kai Alce – who was to set him on his path for life. Byron is about to drop his Akira E.P. on Heist Recordings, and there is no doubt in my mind that this astral traveller has got the Midas touch! The solid gold I Love Yo is a moody club workout, that switches up dreamy samples with rough percussion and vocals, while Get Up is all classic house keys and booming subs! Love sees Byron up the tempo, as he dives into bass territory, while Success fuses spoken word with more classic house vibrations. New York`s Kush Jones drops a remix of I Love Yo, that`s a very welcome addition to the package.