Glaswegian producer – and Tronik Youth / Tici Taci alumni – BTCOP pays tribute to Andrew Weatherall with a new E.P. on Jamie Tolley’s Evil Plans. The heartfelt homage is inspired by, and incorporates, a quality quote from the late, lamented, icon, where he places the roots of rave in pagan rites, and our universal desire for transcendence and the divine. Basically, stating that we shouldn’t be too quick to dismiss our need to get high and dance. It was never “Just A Disco”. Motoring at around 120 BPM there’s a glimpse of gospel keys, a healthy hit of acid, and more than a subliminal suggestion of Sabres Of Paradise’s Smokebelch II in its synthetic strings.

A Lights On The Hill mix slows things down. Placing pretty chimes and countrified pedal steel above a forceful electronic throb. Not only does it make the nods to Smokeblech much more overt, but the piano also now screams “Come Together”. Jamie teams up with Phil “Blavatsky” Peskett to give the ceremony a significantly bigger kick. Transforming the track into a novo Italo stomp. Pitch-shifting the vocal clips so that the Guv’nor sounds like a cockney Sleazy D. Justin Robertson then drops a super-heavy house-tempo`d dub. A sound clash of time-stretched snippets, teasing, twisted fragments of the original melody, and bellowing, speaker-destroying bass. The echoed details including a percussive rattle that’s perhaps a respectful reference to Andrew’s famous, favourite, timbale sample – the one which made its way onto nearly all of his ecstatic early `90s sides. 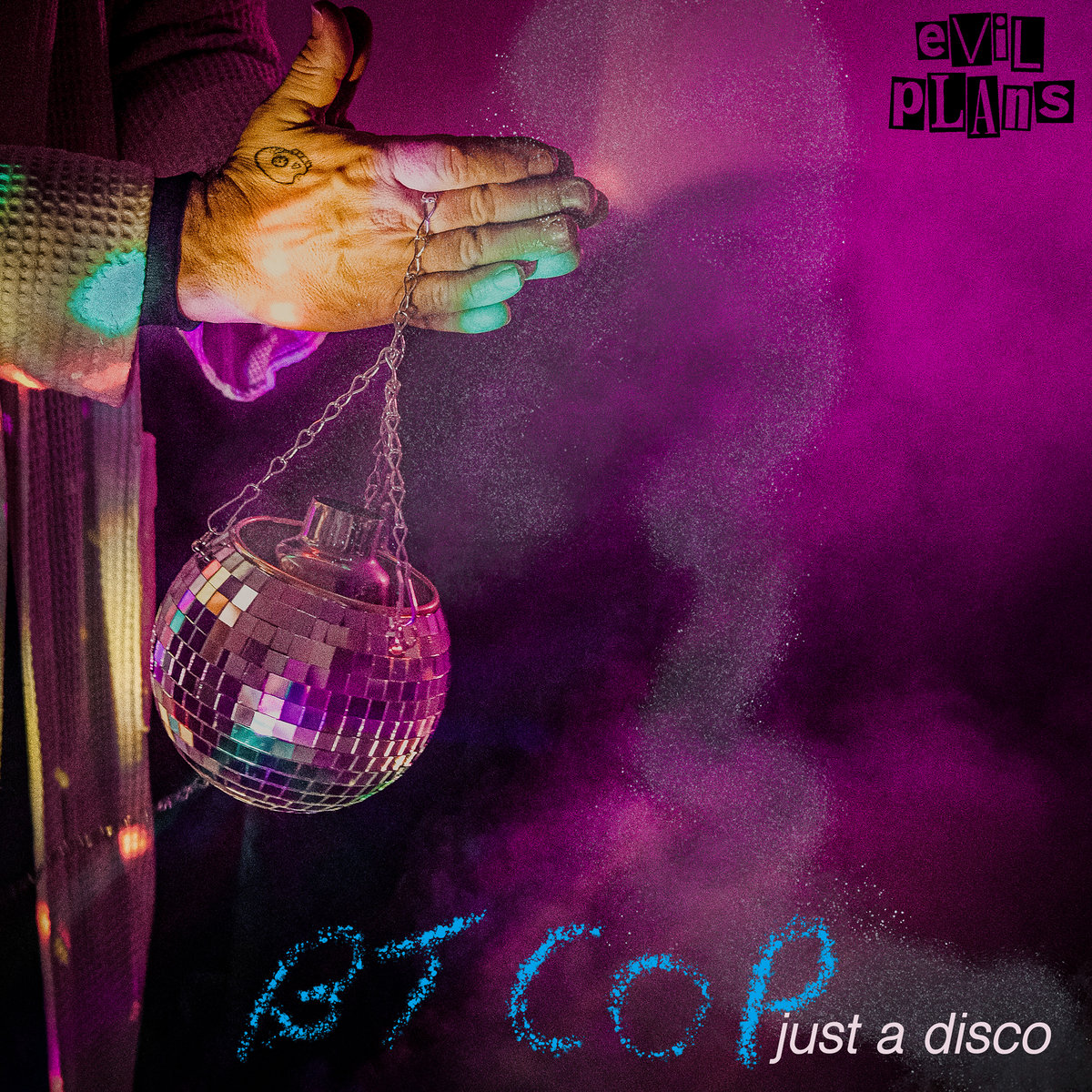 BT Cop’s Just A Disco is out now, on Evil Plans. All proceeds from the release are being donated to charities chosen by Andrew’s partner, Lizzie.