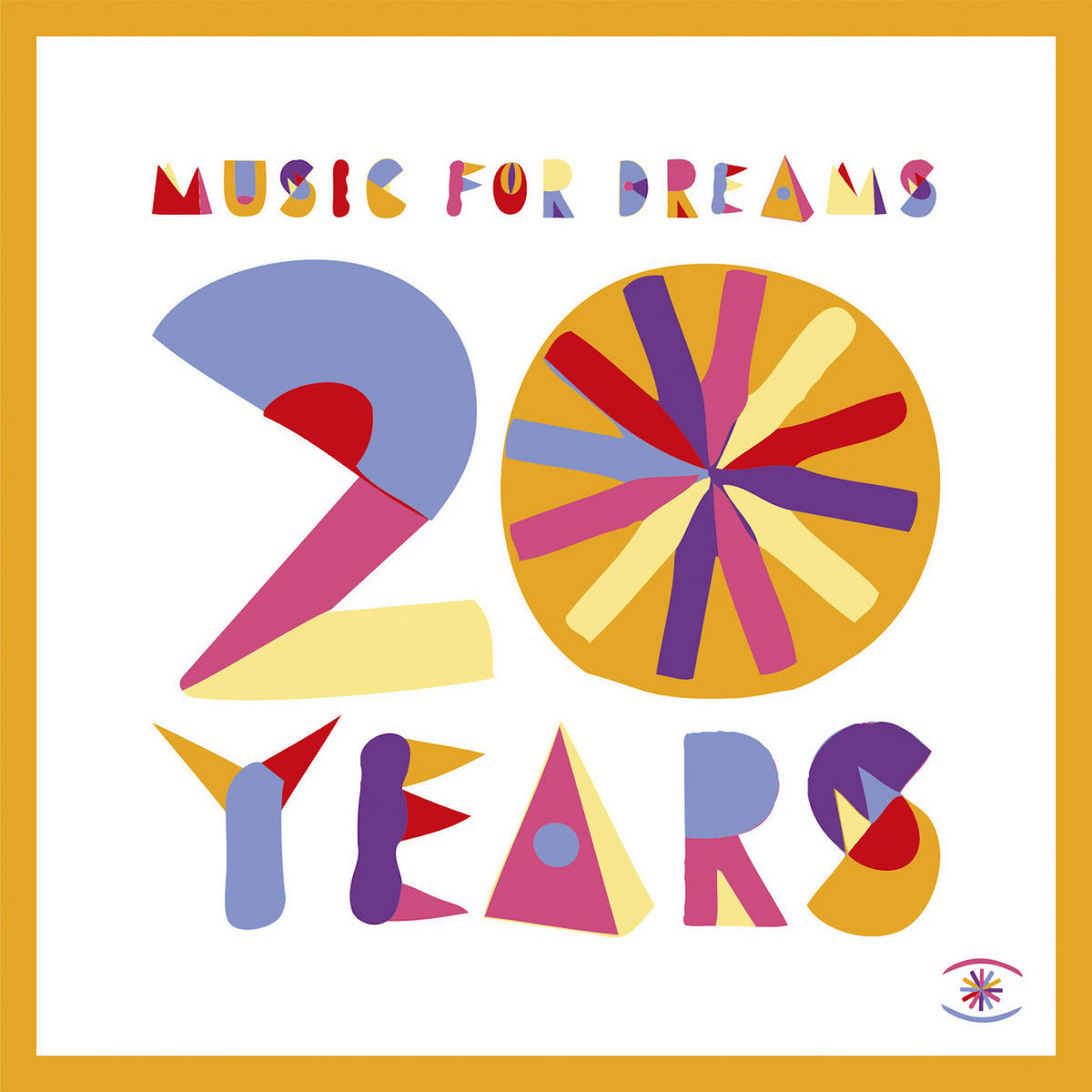 In 2022, Danish label, Music For Dreams, celebrated 20 years in business. Below is Part 2 of my own personal pick from the label’s back catalogue. 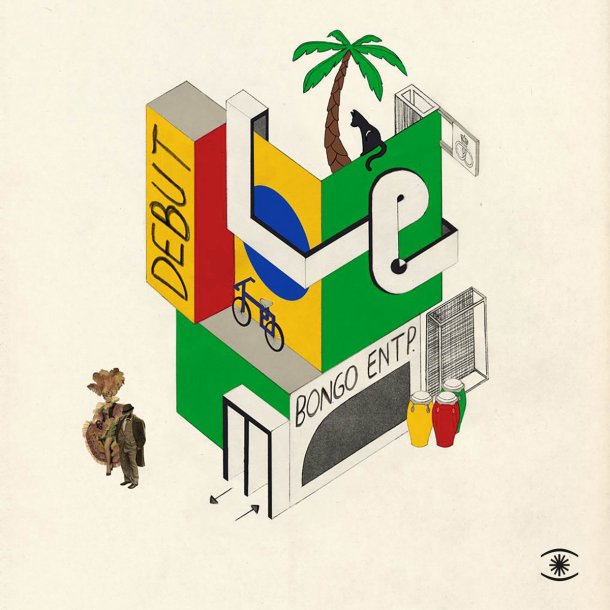 Mikkel Nordsø delivers an amazing axe solo on this track, lifting it – already a cool piece of conga`d downtempo “bleep” – way out of the ordinary. At this point, in 2017, I had no idea who Mikkel was, however, I`d soon find out that he, and frequent collaborator, percussionist Ole Theill, were previously both members of Bombay Hotel, the Dutch group behind Cafe del Mar favourite, Between Leaves. Bongo Entp. aka Jacob Andersen, sadly passed away in March, 2021. 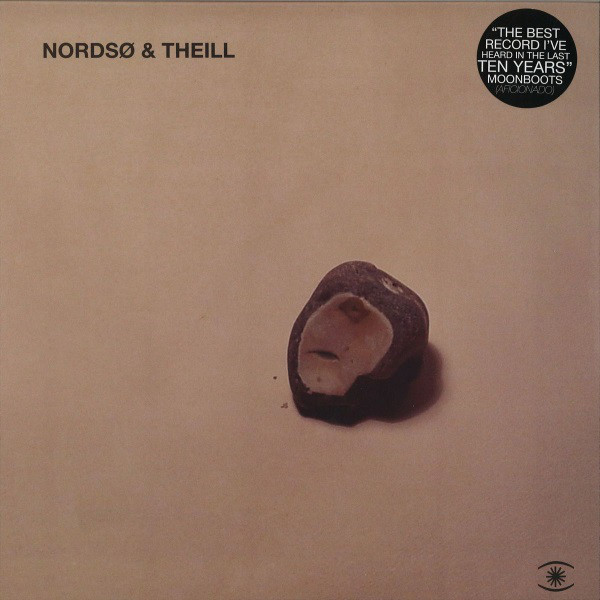 Mikkel Nordsø’s guest slot with Bongo Entp. was quickly followed by a new album of material recorded with Ole Theill. Six meditations for woodwinds, percussion, and guitar, that travelled from Eastern drone, sitar-like Raga, and Spanish flamenco. Moonboots called it “The best record I’ve heard in the last ten years!”, and a sticker baring this quote was placed on the sleeve. It is, indeed, fantastic from start to finish. 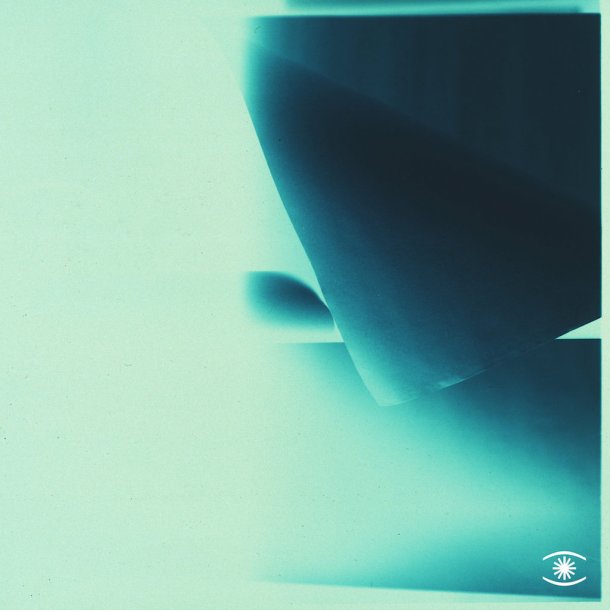 Danish tabla master Ole Theill then teamed up with Brazilian-American composer Clarice Assad to produce the 6-track, Transparent, where his classical Indian percussion accompanies the sublime strings of the chamber quartet, Halvcirkel. 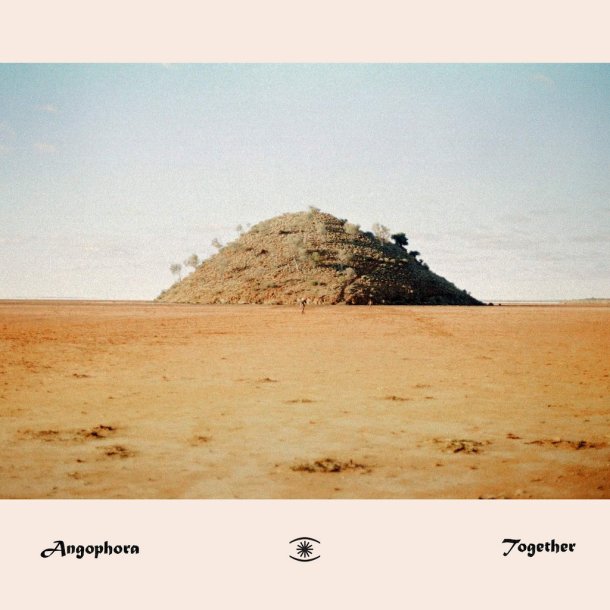 On very similar “tip” to  Nordso & Theill is Angophora`s Together – a second set from Australian duo Max Santilli and Jacob Fugar. Their dueling six-strings, and assorted percussion, mapping out wide-open soundscapes, a sort of introspective Americana – Australia-ana? – in an organic fusion worthy of a ECM verteran. 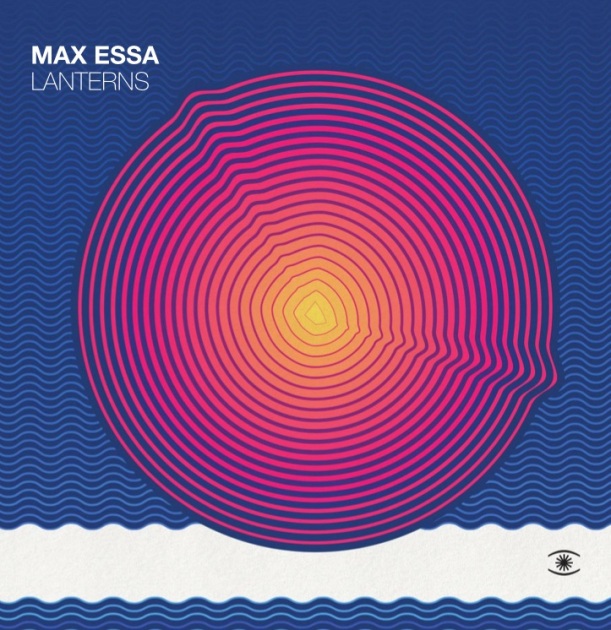 More mellow, ambient magic can be found on Max Essa`s first, and so far only, “Chill Out” LP, Lanterns. A peaceful platter where glacial guitar and piano, heavy with reverb, and shuffling to slow, ceremonial percussion, mix with synthesized sighs, strings, accordions, acoustic picking, and the odd gentle Latin groove. 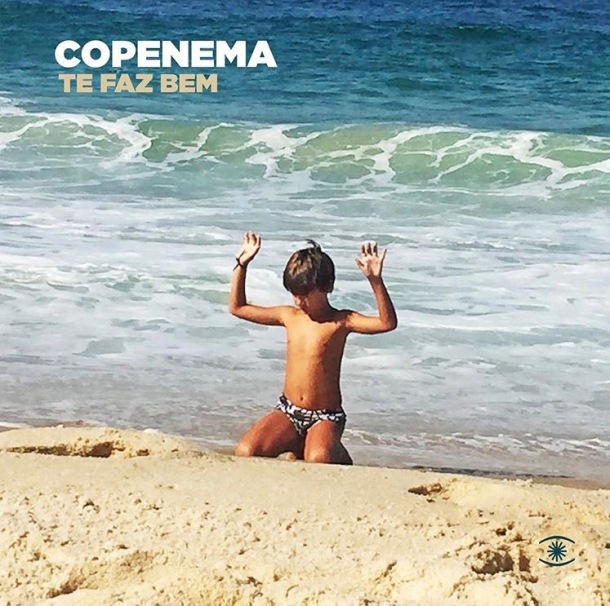 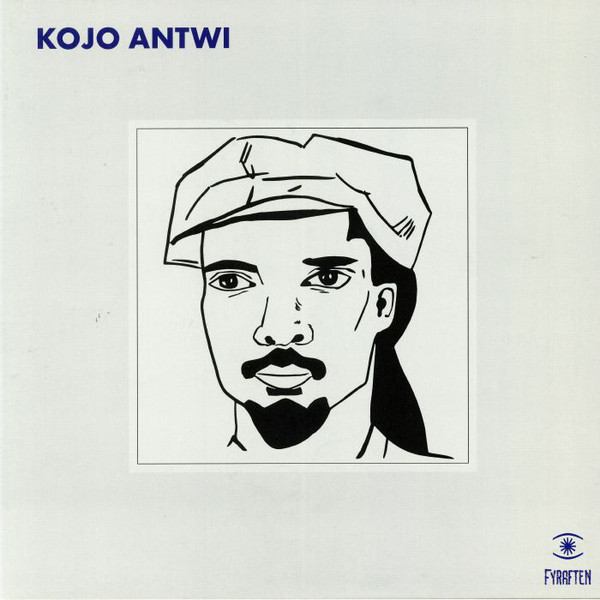 Music For Dreams rarely go in for reissues, but here they rescue a trio of mid-80s sought-afters by Ghanaian musician, Kojo Antwi – the original LPs that the tunes are lifted from currently trade for eye-watering sums. All three songs combine African highlife with then state-of-the-art studio technology, and the lead track, Hini Mi is irresistible. 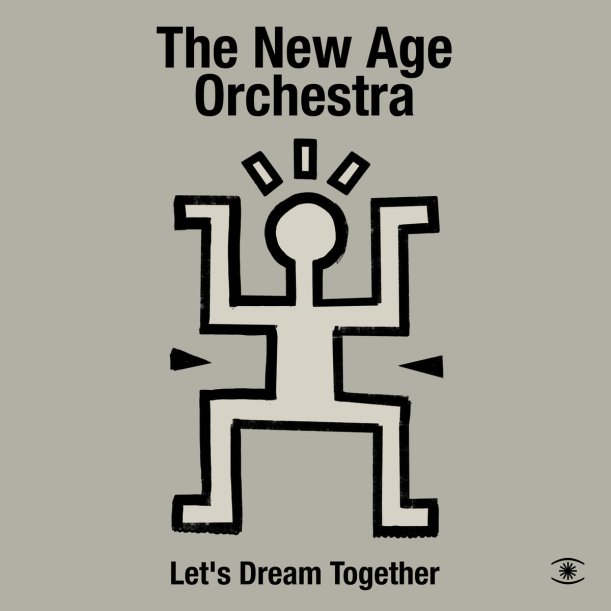 Having said that MFD don`t do reissues, here’s another. Released in 1989, on Kenneth`s pre-MFD COMA Records, Lets Dream Together was one of his own early productions. A fairly “steamy” Sueno Latino-inspired slice of dance-floor paradise, from a no doubt – given its date – hedonistic recording session, originally only 50 copies were pressed as a single-sided promo. However in 2021, the project was expanded into a 5-part suite, bookended by a beatless Entrance, and Epilog, and where Part 2 – La Llegada de Los Tambores – is teamed with a tropical drum machine workout and some terrific electric guitar (is that Mikkel Nordso again?). 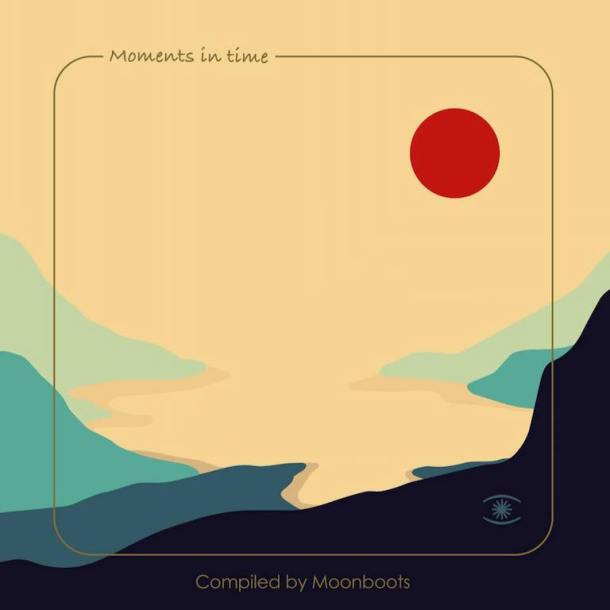 I`m gonna close with a couple of comps. I guess that I could blow my own trumpet, and mention Oto No Wa, the Japanese selection I put together with my Tokyo tomodachi, Ken Hidaka & Max Essa, but instead I`d rather “big up” another pair of old amigos, the first being Richard Moonboots.

Having sold Kenneth records back in the 1990s, when he manned the counter of Manchester’s legendary Eastern Bloc, Moonboots compiled a Music For Dreams “best of” in 2015. Then in 2017, he also curated a collection called Moments In Time – its title taken from an obscure Paul “N-N-N-Nineteen” Hardcastle side. A seamless journey through new age, modern classical, jazz, and folk, it features Wales` Burt Bacharach, Carwyn Ellis, and also indulges Richard`s ongoing obsession with covers of Lesley Duncan’s Love Song. Many of the tracks on the record where either previously unreleased, or seeing vinyl for the first time. 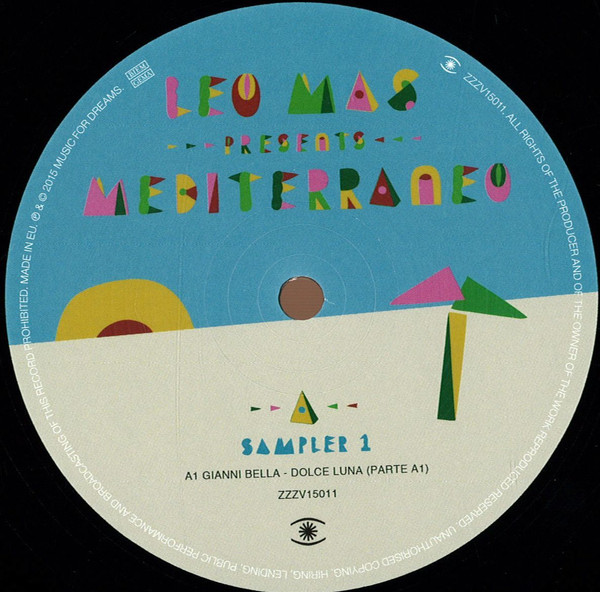 Lastly, I’ve something from original Balearic Beat pioneer, Leo Mas. A collection of coveted Italian rarities from the late `70s. Stuff from long out of print albums, and sought after cosmic 7s, such as La Bellini’s Satan In Love, Faust` O’s Bowie-esque Clouds Over Thin Paper, and Chrisma’s Vangelis cover,  U (I Dig You). Sicilian pop star, Gianni Bella, sings a heavily orchestrated, disco-influenced ode to the moon (and cocaine), while Genoan musical geniuses, Ivan Fossati and Oscar Prudente give Loredana Berte a Number 1. There`s Italy’s favourite porn star. No not Cicciolina, but the equally progressive, provocative, and political Moana Pozzi. Amongst all the dancing, there`s also a moment for meditation, in the shape of Aktuala’s Dejanira, plus something slightly more modern, and cinematic from Giorgio Li Calla’s collaboration with Manchester’s Marconi Union, Blue Lights.