When I arrived in Tokyo, 15, 16, years ago, I learned to navigate the city by its record stores. I`d go online find a shop, pack a Metro map and phrase book, and light out for somewhere new.  Often getting lost, but finding tons of interest on the way, anyway. During the first 12 months especially I did a lot of digging. I knew no one. I had little else to do. Flicking through stacks and stacks of second-hand racks, I also knew pretty much nothing about Japanese music. The cosmic revival had been going on in London for a little while, so I was looking funky electronics. The only guide I had were three names: Haruomi Hosono, Ryuichi Sakamoto, and Yukihiro Takahashi – the three founding members of YMO. The Yellow Magic Orchestra. Their cover of Martin Denny`s Firecracker had been a smash on the soul scene of my misspent youth. So much so that it had earned 12” UK-only release. It’s just so joyful.

It turned out that these few names were all that I needed to make a decent start. Since not only did they appear on their joint and solo efforts, but also, it seemed, on almost every Japanese  album from the 1980s. I`d scan the credits on the back of LPs, clueless about Kanji, and more often than not at least one of the trio would be there. I guess that intentional success afforded them serious clout with the majors. Alfa, for example gave Haruomi and Yukihiro their own label, Yen. 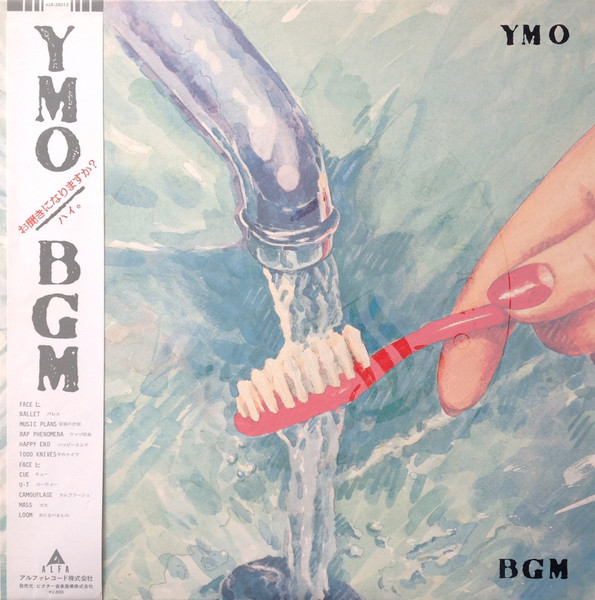 There were, of course, the YMO records. BGM alone holds Camouflage – (in)famously sampled by Andrew Weatherall and Keith Tenniswood’s Two Lone Swordsmen – and Cue – later covered by the ultra creative prodigy Cornelius. Both were Yukihiro-penned.

“The sound of music, the crying of the air…”

Stuff like Hosono’s Philharmony and Sakamoto’s Summer Nerves, which featured Yukihiro on drums, were highly sought after back home. I bought multiples – for pennies – and sold or gave them away.

Pre-YMO, in the early 1970s, Yukihiro had been a member of The Sadistic Mika Band – who kinda tongue-in-cheek poked fun at prog and glam. Their album, Black Ship, well, I wouldn’t have known it existed if I hadn’t been gifted a spare by Ken Hidaka, who was among the first, if not the first, Japanese friend I made.

In parallel to and as YMO was taking shape, in the late `70s Yukihiro took part in Hosono’s easy-listening project, Pacific – a set of sort of fusion-flavoured Kankyo Ongaku – alongside other Japanese musical legends, Shigeru Suzuki and Tatsuro Yamashita.

The same year, 1978, he also played on Hosono’s Paraiso – a favourite of Ibiza’s King Of Sunset, Jose Padilla.

Both of them contributed to sessions with singers Yuming and Sandii. The latter’s Zoot Kook has become a cosmic disco classic.*

Yukihiro hit the skins in Kazumi Watanabe’s jazz-funk ensemble, Kylyn – which for me was a Jonny “Melody As Truth” Nash tip.

He provided the rhythm on Yamashita’s much-loved city pop sing-along Rainy Walk, and the album that it was lifted from, Moonglow.

He sat in with risqué / controversial comedy troupe, The Snakeman Show, and future superstars, Melon, who would morph into the mighty Major Force. Dropped his science on Taeko Ohnuki’s sublime slice of Nippon synth pop, Carnaval.

For his solo outings, Yukihiro reinvented himself as a tuxedoed crooner, a lounge lizard, similar , I suppose, to Roxy Music’s Bryan Ferry. Many have a soft spot for his debut, Saravah!. My copy was a present from International Feel’s Mark Barrott. I think C’est Si Bon is his pick.

La Pensée was composed for the catwalks of designer Yohji Yamamoto’s 1987 Paris collections. An eccentric adventure that mixes classical with marching bands, and sampling experiments. Brise, though, is a brilliant machined Brian Wilson / Beach Boys homage.

Yukihiro’s soundtrack to the comedy flick, Shigatsu No Sakana (Poisson d`Avril / April Fish), was something else that I wasn’t sure about. I`d taken a punt on it, bought a few copies, solely because it was cheap. I sent one to Mancunian guardian of the Balearic flame, Moonboots, and with a note asking, “What do you think?” A little while later he sent back a mix, to which I responded, “Tsuki, what’s that beautiful, fragile, piano piece?” “Throb, you knob, it’s off that LP you gave me. It’s called Theme From Fujiko.” 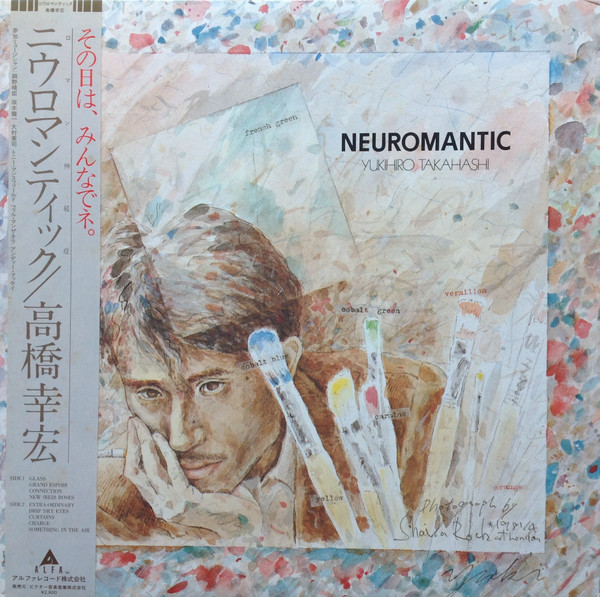 Then there’s Drip Dry Eyes, from Yukihiro’s 1982 LP, the punning Neuromantic. Outside of the YMO, this is probably his most popular track. It was a staple of “Fat” Ronny Harmsen’s, the DJ at Antwerp club, Ancienne Belgique, and as such a part of the “AB Music” playlist that would give birth to new beat.

Yukihiro Takahashi, thank you for the music. Rest In Peace.