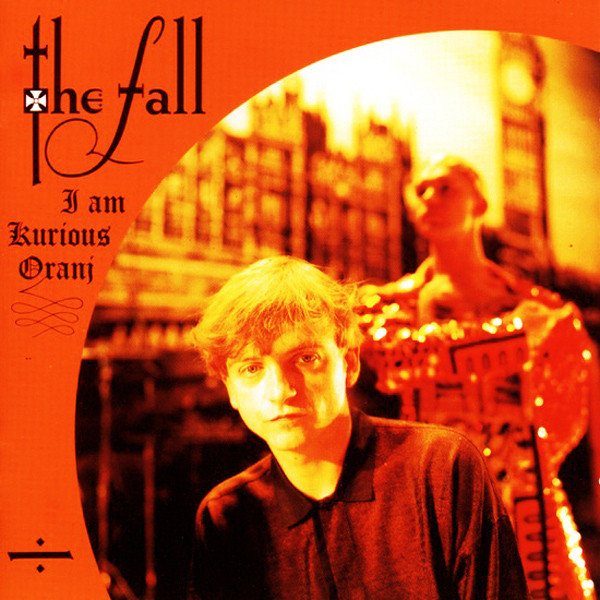 I should know more about The Fall, and Mark E Smith. Given they were John Peel`s favourite band, and I listened to the DJ`s radio show every night. Maybe it was the daunting expanse of their catalogue that deterred me. That I didn`t know where to start. By the time I`d heard of them, The Fall had already amassed thirteen LPs and sixteen singles.

I bought Bend Sinister upon its release in 1986. Me and my best mate, Dave, would bark and yelp along in time with Mark`s hot, American wife, Brix, to Terry Waite Sez. Impressing our dates, no doubt.

I picked up copies of Slates and Extricate, mainly because Adrian Sherwood had been at their controls, and I was an ON-U Sound completist.

I Am Kurious Oranj for its stomping at Hammersmith`s Clarendon`s Psychobilly raunch.

But I loved Mark`s voice. His unique cryptic, coded argot. His subversion of tabloid headline lingo. Magazine advertisements that promised a better life.

The Fall covered Northern Soul smashes and big Disco hits. Confirmed that the grouch liked a dance, and made them their own.

Their cover of The Other Half`s Mr. Pharmacist uncannily predicted the Nation`s “Second Summer Of Love” chemical dependency.

I remember an NME interview that took in Armani sweaters, H.P. Lovecraft, and how Ecstasy was passé.

“We were taking it years ago, with pals in Texas.”

Presumably at the infamous Starck.

But Acid House came and I was at The Fridge in Brixton. Hassling Coldcut. Asking them if they had any Happy Mondays.

Well, they would have wouldn’t they.

We would sing / shout Hit The North on road trips to Manchester, record shops, and the Hacienda.

The Fall were Post-Punk, Anti-Rock. With Mark`s prose set to music influenced by the most leftfield of Garage nuggets – The Fall were the only reason I sought out The Monks – and Can.

The Fall I became familiar with, up to and around 1990, were discordant and locked into Motorik-like grooves. Repetition. Repetition. Repetition. Built on the Velvet Underground / Lou Reed`s credo. That two chords are enough, more than three is excessive. Guitarists caught soloing, drummers sneaking rolls and fills received their marching orders. Often mid-gig. Often in a mid-gig punch-up. The band`s line-up famously, and always acrimoniously, constantly changing. In riposte, Mark would say, “If it`s me and your granny on bongos, then it`s The Fall”.

The Fall are no more. Mark E Smith RIP.