These reworks are of such high quality that they beg the question, why isn`t Andi making music of his own? A modest, and spotlight-shying fellow, I was lucky enough to have the chance to ask him.

My hometown is Swinton, which is in the City of Salford. In Manchester.

I’m still based in Swinton, or Swine Town as it was known in the High Middle-Ages.

Where do you go locally to dance, and to chill?

All The Shapes in Prestwich, Manchester. Outlaws Yacht Club in Leeds.

Where do you go to buy records?

H-Tackle Records, Vinyl Exchange, Piccadilly Records, Vinyl Tap, Disque 72 Social, Clampdown Records, charity shops, car boot sales and anywhere that sells records. I also get records via my friend Hugh Herrera out at Pacific Beach Vinyl , in San Diego. We help each other out and he hooks me up with great records from his store.

Yeah, I’m always looking for cheap records in the 50p banger bins, or $1 bins when I lived in NYC. There’s so many records out there to be discovered again.

When and why did you start DJing? What inspired you to do so? Was it a particular party, DJ or piece of music?

I saved up and bought a pair of 1210s and a little two channel Vestax mixer in 1991. Why, goes back to 1984 and those Electro Street Sounds compilations, the film Beat Street, MTV. I was  ten years old and into BMX’s at the time, but music was starting to be, and still is a wonder of life. I was introduced to this music via a local lad who was older than me, and friends with these other lads who listened and breakdanced to those Electro compilations via cassette on a boombox. Fast forward to 1986 and Stu Allen had a show called Souled Out on Piccadilly Radio that I used to listened to. He played early House records and mixed. Also, this compilation called Hit-Mix 86 that was mixed together by Dakeyne and Les Adams.

Where and when were your first gigs? What kind of music were you playing?

I’m embarrassed to say that I only found out about you relatively recently. I think a gig of yours, from The Outlaws Yacht Club, was streamed live, maybe around five years ago? Was that gig through Craig, Joe or Andy?

Please don’t be embarrassed, I don’t want to be known, and was hoping that I didn’t have do this interview, but seeing as it’s connected to something more than edits I changed my mind. I was there at the party you mentioned at Outlaws Yacht Club, but I didn’t play. I became friends with Joe, Andy & Craig when I moved back from NYC.

I have to ask you, while you were in NYC, how on earth did you end up a resident at Body & Soul? What kind of music were you playing there? Could you, for illustration give me a few examples of tunes that were “big” for you there? Are you still associated with those parties?

Very long story…I’ll cut to the chase. I met this guy from London called John Davis (future Body & Soul promoter) in 1996 at a clothing shop I worked at in NYC, on 8th St. – between 5th & 6th Ave – called Untitled. He was looking for an opening DJ for this little party he was doing. The party happened. It didn’t go so well. The mixer burnt out. Smoke coming out of it, etc. But, the next week John asked me to come down to Club Vinyl on a Saturday for Louie Vega’s night. He told me that he’d managed to get Club Vinyl to give him the Sunday day-time, to have another go at putting on his party again. This time in one of the most historical Club venues in NYC clubbing. This party was called The Midas Club, and was to showcase a UK DJ and a NYC DJ. Mickey Simms from the UK, and Kim Lightfoot from Afterlife NYC. Both a good party and vibes that day. The next week John told me that Francois K. had been in touch, as he’d always wanted to do something like this – a day-time thing. I remember going to Club Vinyl and John was there with Francois, and he introduced us. They went off to talk, I went to watch / hear Louie Vega play. After that talk Body & Soul was born, and Club Vinyl was its home. John asked me if I’d do the mailing list alongside Miss Evelyn Santos who would be doing the guest-list. I’m not sure how long it was but eventually I was given the job of doing the guest-list, and Miss Evelyn became the hostess inside the party. After about a year and a half of Body & Soul, Francois asked me to play a few records early on – right of the blue – as he needed to make a call to Japan. I had to use his records, none of which I knew, and I had to use a Urei 1620 for the first time. I got through it, but don’t remember what I was playing, obviously seeing as I knew none of his records. I like all kinds of music, Ambient being one of the genres I collect. Francois would always start out Ambient, and he knew I liked and collected things on that side too, so then – another time – he asked me if I could play the first hour, as he was going to be late, and it went from there really. I had this nature sound CD that I burnt from FK. It had these soundscapes of waves crashing on beaches, birds in forests, thunder, rain-showers, etc. I`d use that between songs and build something from there. 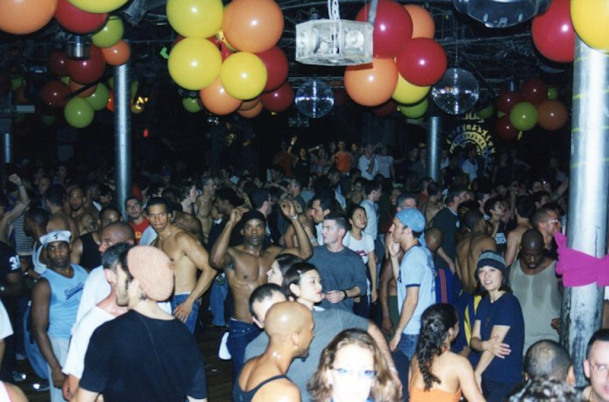 You`re famous for your edits, extensions and reworks, but do you also make your own music?

No, I haven’t really tried to make something of my own yet. But It will happen. I’m sure of that.

You`ve had music released by Ruf Dug, Leng, Hugh Herrera, Coyote and Kenneth Bager. How did you make those connections?

I know all those guys through friends in NYC. Phil South from Golf Channel put me in touch with Ruf Dug, and met Kenneth through him. Hugh Herrera I met at The Loft, I think, through my friend Damian who used to come to hear me play at Body & Soul all the time. Paul Murphy Who owns Claremont 56 / Leng / Spacetalk, I met through DJ Spun.

You also drew that amazing cover for Coyote`s Glide Time. Is art something you`re involved in professionally?

I wanted to do something with Graphic Design. I left school at sixteen and did a Y.T.S. at this advertising agency called Austin Knight. I got taken on, but the recession hit and I got let go. Last in first out. Art and music have always been my passions, but I never did anything with the art side after that. I started doing these doodles on the back of business cards in NYC and they looked quite good, but I didn’t take it any further for years. I used to intern at Francois K’s legendary AXIS studios in the Studio 54 building. I was doing one of those doodles one night and he was really into it and asked if I’d draw one using Wave Music’s logo, which I did. After that I got commissioned to do two small original pieces for Mike ‘Tweekin’ Rogers for $150 each, then I didn’t touch a pen for a long time. I started doing them again when I started working at Rockstar Games, but only did a couple. They were better than the previous attempts, so I was pleased about that. When I moved back to Manchester Timm & Ampo asked me if I’d be into drawing the cover for their latest Coyote LP. I’d always wanted to design covers for records. I’m pleased with how it came out. I did a bit everyday for four weeks.

What were you doing at Rockstar Games?

I worked there for about seven years. Two years on reception, answering the phones, and dealing with whatever needed to be done. Then five years as a Soundtrack Supervisor. Tim Sweeney was the Soundtrack Supervisor there while I was working on reception. When he left the company, I applied for his position and got it. I worked with my boss, Ivan Pavlovich, who used to be one of the owners of Guidance Recordings in Chicago. It was an amazing experience and I’m so grateful for that opportunity. We worked on these games together:

You`ve just remixed a sizeable chunk of the NuNorthern Soul back catalogue. How did you hook up with Phil? And how hard was it to select which tracks to work on? Do you have a personal favourite?

I met Phil a few times here and there, at random places, then he got in touch about some edits and then maybe doing some reworks of the NNS catalog. Making a little album of them. He sent me a link to listen to the tracks, and as I skimmed through them I could tell that the stems were going to be amazing, so I asked him to send them all. These are some of the only things where I’ve had a go at using stems. I learnt a lot from playing around with them. Especially trying to mix them down. I did everything in headphones, then burning to CDs and driving round in my car to see how they sound. I haven’t got a favourite, I like them all.

NuNorthern Soul Restructured And Reworked by Andi Hanley will be released on July 9th. You can oder a copy directly here.