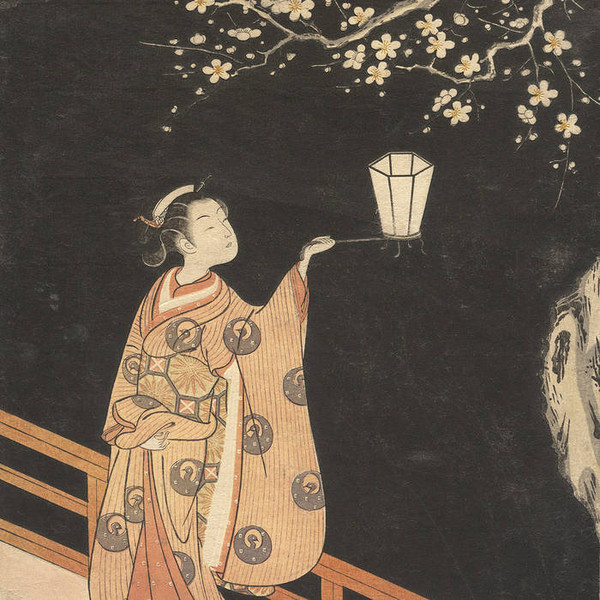 It`s only right that Ban Ban Ton Ton`s last post of the Heisei Era should be about a Japanese artist.

German label Métron shift their focus away from bokeh Dub maverick, 7FO, and dedicate their second release to the “esoteric ambience” of Meitei. The album`s called Komachi, which translates as “small town”, and the collected soundscapes seem to celebrate aspects of life in Japan. Track titles refer to “channels” or “streams” (Seto), “ponds” (Ike), and “public baths” (Sento 1 & 2). With Meitei`s manipulated crackle and static resembling the flow of fresh water. Ripples of concentric echo. Patterns overlapping. Surf is sampled on Nami (“Wave”) which recalls Fennesz` Endless Summer. The music, peaceful, but deceptively busy. As if fauna were buzzing all around you. Circuits chirruping like cicadas and birdsong. Two pieces are named after the 19th Century painter, Kawanabe Kyosai. The son of a samurai, credited with being Japan’s first political caricaturist – he was persecuted and imprisoned for his art – and the creator of the country’s first manga. Meitei`s methodology places field-recorded sources under the aural equivalent of a microscope. Capturing the smallest movement. Super-amplifying minutiae. Revealing the normally unseen, the unheard. Like the bounce of a pin dropping. Unlocking the Surreal from the real, so that the everyday sounds far from that.

Shortwave signals, and digital twists, interrupt an atmosphere of cultivated Zen garden traditionalism. Like the sharp “tock” of a bamboo Sozu hitting its rock. Shisi-odoshi designed to startle deer. The calm further disturbed by the crash of temple doors. Gongs are struck, and code rushes about. Alarms and alerts bleep and blink. Beauty is held, trapped in loops. Stuck like a scratched record. Distressed and decaying. Melodies short, repeating, refrains. Grit and debris working at the edges of “pretty”. Cogs and intricate mechanisms whirring in the background. Maboroshi (“dream”, “vision”, “illusion”, “phantom”) is a distorted Shinto prayer of detuned, treated voices. Both instruments, and Meitei himself. Stones tapped together keeping loose time.

Working like a more Ambient Inoue Shirabe, or Yoshinori Hayashi, or a gentler Georgia, I`d place Meitei firmly in the same lineage as Yoshio Ojima, Hiroshi Yoshimura, and the “Environmental” music collected on Light In The Attic`s Kankyo Ongaku comp. A statement best illustrated by the near nine minutes of Kawanabe Kyosai 1. Where Meitei`s sonic designs are given the most space to create their serene scenery. A landscape unmistakably Japanese. Like rain in a rice field. One cut stepwise into a hillside. Moving at the country’s polite pace. Where every action is considered a ritual. Conducted with craft, care, and to the best of the performer`s ability. Perfection its aim.

You can order a copy of Meitei`s Komachi from bespoke vinyl purveyors Seance Centre.