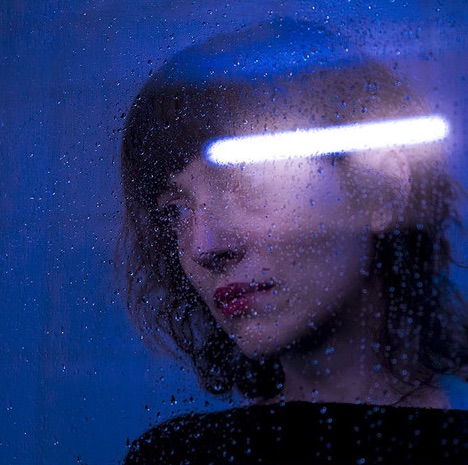 I`m always on the look out for a good song. Words are important to me. I was a bookish kid, and they still provide comfort. Whisper understanding in my ear. Christ, I used to write poetry. I still envy a well composed line. Cormac McCarthy`s

always springs to mind. I copied it out and carried in my pocket for a while. Hoping its magic would rub off. Books are one thing. Again the brilliant minimalism of Junot Diaz` Drown, would be the first thing I`d blurt out if you were to ask. Songs are another. For most of my life I’ve magpie-like pinched lyrics. Memorized them, and again, written them down, collaged them, to form my own code.

“Half of the time we`re going but we don’t know where.”

“Yeah, I feel balanced with my feet on the wall.”

But I`m such a snob. Checking out new releases there’s nearly always an obvious rhyme reached for. Or missed. Or an unnecessary cliche trotted out. I`m mean, fuck I know it`s gonna be hard. Humans have been trying to capture emotions for so long. And I`m old. Most Pop singers are half my age. I’m bound to have heard it all before. But Ex:Re`s The Dazzler is perfect. There’s not a word out of place.

When listening, I`m back when I was broken.

Seeing how hard I could smash it.

Before I began picking up the pieces.

When money was no object.

`Cos I always had enough for tomorrow.

And I rarely thought as far as that.

When the powder lost its glamour.

When the days just drifted into one.

Curtains drawn against the sun, and moon.

All my favorite tunes playing loudly.

Who’ve given up knocking.

Or banging on the floor, and ceiling.

Songs that used to make me happy.

Used to make me sing.

But they don’t do that any more.

Devils in the scrying glass if I stare too long.

My old man on the blower.

“Christ, don’t kill yourself. At least not until you’ve done all that dough.”

“I can shower for hours, leave the lights on, I`m not paying these bills.”

Leaving messages, back when folks still had answer machines.

Scaring the staff in the off-license.

While on sorties for booze.

Knowing I was near the end of it.

I`m not supposed to remember this shit.

“The way you used to say you loved me in the heat of it, holiday feeling, when it wasn`t over too quick.”

I threw away all those photo albums for a reason.

A life never straight was a level of self-indulgence that I`m no longer allowed.