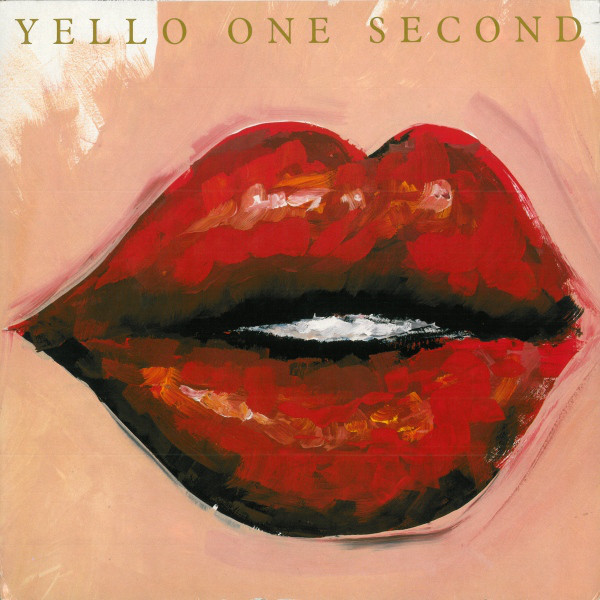 This February I was in the UK. For nearly a fortnight. I hadn’t been “home” in two years. Consequently I split most of my minutes between mum, dad, and my sister. Between Worthing, Croydon and Shepherd’s Bush. But I did get one “proper” night out, thanks largely to Nancy, and I did finally get to meet Leo, who was over for the weekend, from Milano. I`d interviewed Leo around six years earlier, and we`d kept in regular contact. Swapping tips on new music. Sending each other vinyl. Leo was recording a radio show for the 45Turns blog, in London Fields at 5PM, and then DJing at 2AM for Elevator East, at an undisclosed location. Somewhere in between he was due to hook up with Rolo McGinty from The Woodentops, who was doing a gig with the reformed 23 Skidoo, at the 100 Club on Oxford Street. As I travelled to London Fields I was nervous. Leo had been so generous to me. Not just sending records, but giving me doubles of the Ibiza memorabilia he`d amassed, T-shirts he`d made. He`d also introduced me to a host of people, and often vouched for my “good character”. I had a feeling I`d been saying “Grazie Mille” all night. Which is about as far as my Italian stretches.

I got there a little late, and Leo was on-air. So I got to chat to Mikey from 45Turns – a Baldelli fanatic – and share a bottle of wine with the always effervescent Nancy. She said “Leo`s English is not so hot. Don’t worry I`ll translate”. For a pioneer of the “Balearic Beat” in 80s Ibiza, Leo wasn’t relying on classics. Everything he span was new, or newly re-issued. They only tune I recognized was Curt Cress` Dschung Tek.

When Leo got off the decks there were big hugs and plenty of thank yous from both sides. It was weird but having been told that Leo wouldn’t understand English, I kept going to talk to him in Japanese. After more than a decade living here, it`s become a reflex. Nancy’s translation consisted of repeating everything, just louder and slower, which was fucking funny. It was craft beers and vegan pizzas, then Uber us up. We needed to be at the 100 Club before Rolo took the stage, since he was gonna dedicate Why Why Why to both Nancy and Leo. I hadn’t been to the 100 Club since the mid-80s, when, me and Dave would sometimes catch bands there on a Saturday night. In my mind it carried the memory of the money and booze having run out, and the hangover already beginning to kick-in. On the 1s and 2s as we walked down the stairs was Alex Turnbull of 23 Skidoo. His soundtrack, well Balearic. Prince`s If I Was Your Girlfriend, Depth Charge`s Bounty Killers,….Nancy rushed to compliment him. Rolo was super hyped, and on stage was a man possessed. Railing against governments with only WAVs for backing. Nancy was dancing. I think she was the only woman in there. 23 Skidoo were tight. All swapping instruments throughout their set. There was a motivational rap from Johnny, the other Turnbull Brother. Vegas El Bandito rocked. We ran into The Rhythm Doctor, Chris Long, and with him was a chap named Horton, who said he was up for Elevator East. So it back on to Uber, to no one knew where, with Mikey, who was at the party, texting directions to our driver.

We were out beyond Finsbury Park, and Stoke Newington, where I used to live, before I got married. The Friday streets looking like a Night Drive Thru Babylon, or World War Z, compared to the polite calm of Tokyo. Then into uncharted territory. Everyone in the car was lost. Sat in the front I listened to the conversations, and realised who Horton was. Jupiter! Part of the They Came From The Stars (I Saw Them) gang, and producer of edits for Bahnsteig 23, and Magic Wand. A friendship, at least for the evening, was struck. The cab dropped us in the middle of a kinda run down housing estate, and quickly drove off. I was thinking “Really?”, and I’m sure so was everyone else. Nancy with Google Maps on saying “This way”. One of the blocks had all of its windows boarded, and there were a handful of folks going in through an apartment door. When I knocked I was told to “Fuck Off”. When I said “We`re looking for a party”, I was told to “Fuck Off”. When I said, “We`ve got one of the DJs with us, Leo Mas. Is Mikey there?” The door opened. A whole series of flats had been knocked through to create a lobby, bar, chill out room, and dance floor. At fifty-two it looked barmy, and I wished my brother Richie were with me. Since usually in this sort of situation we`d both have each other to blame. I guess it was just after 1AM, and that dance floor was packed. The crowd completely mixed. But I`d estimate thirty years younger than me. Kids were flamboyant, voguing, pole-dancing without poles, as the DJ played Was (Not Was)` Wheel Me Out. It was great.

I was dressed, I suppose, retro. In a 50s velvet Varsity jacket, with my hair waxed into a quiff. Grey, to be honest, practically white. Young girls in crazy Geisha eye make-up and clothes they’d made themselves came up to me and asked me, “Is it real?”

“Baby, it`s that colour all over now. Everywhere.”

Lairy boyfriends and wannabe boyfriends approached, mob handed of course, took the piss and had a go at staring me out. A lot of the party-goers were students, and I remembered what a cunt I`d been at Uni. I put an empty beer bottle in my back pocket, just in case, and went and had a dance. I found a space next to the only other person who appeared close to my age. An amazon, in skin tight black, who told me she’d just beaten cancer, and quit her job. “Fuck Chemo! Fuck cancer! And fuck that work shit!” Her boyfriend was built like a model.

At the bar there was a guy selling balloons, and while I drank, I watched fascinated, as his customers huffed and then collapsed on the leather couch, that was conveniently sat next to the cylinder. I asked Horton, “Have you ever done nitrous? I’ve never done it.” Some would inhale the whole thing in one go. Others would breath in and out, like folks used to do with glue. “You`ve never done nitrous?! Oh man you’ve got to do it. I`ll buy you one. It`s on me.” I remembered my wife giving birth to our first son. How one second she’d be howling in pain, then take a bang, and the next be laughing like Lucifer. I Said, “It looks like an amyl hit. Is it like amyl?”

“Think of amyl and then times that by ten.”

Thirteen years in Japan, and thirteen years drug-free. I`d probably whitey-out and be sick over myself. Wouldn’t be a cool look. Even in my twenties. Horton and I talked about The KLF, the Isle of Jura thing, and Toxteh`s Day Of The Dead, which Horton had attended. He`d bought a Mumufication Brick. His place in the People’s Pyramid secured. Bill Drummond and Mark Manning`s Bad Wisdom. Then Leo was on. Two hours of tribalism that mixed up rhythms from across the globe. Brazilian Batucada, Carnival cheers, and Deutsche drums. Beefed up Latin, Nuyorican Boogaloo. North African Horns, West African Highlife, bump and bounce. Zouk trumpet blasts. Pan-global to prove we that are all one tribe. Jazz, Japanese House. A Buckethead-esque Disco edit. A porn star breakdown, and organ grind. Psyche keys and Acid. Coming together in an uplifting percussive Trance dance of loops, bleeps, clipped Funk guitars and catchy brass hooks. Building to a finale of a brilliant blend into a Balearic classic from Yello. A master at work.

Leo finished his set and needed to chip, since he had another do on Saturday, in Bermondsey. But we had a moment, in the bar, with a beer. Comparing checkered pasts, and current relative sobriety. We talked about the energy of the party, which by 5AM was peaking, but how we both wanted out of there before it crashed. There was no need for a translator. Leo was pretty much fluent. Just quiet, observant, and kind. Nancy and Rolo were also off. Horton was staying. Security, very sweetly, typed the address into my dying phone.

A big thank you! to Nancy for setting everything up : )