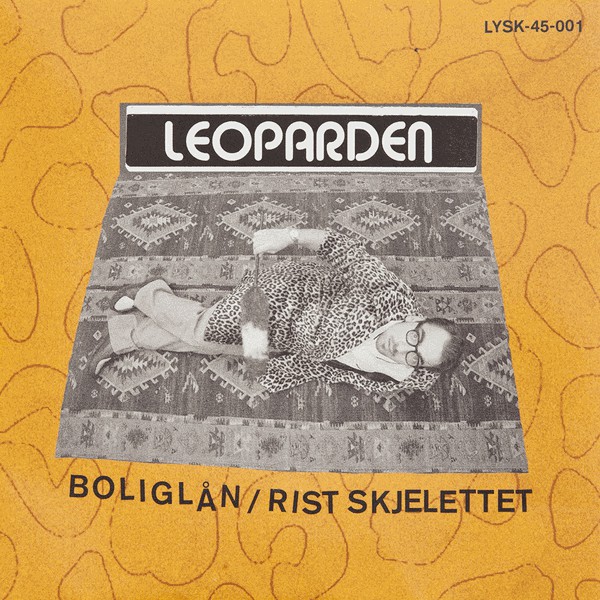 A month or so ago I posted the account of the momentous evening when I finally – physically – met my dear friend, and Balearic Beat mentor, Leo Mas. While Nancy Noise acted as our chaperone, the man largely responsible for getting us together was Mikey Sibson, of 45turns. Mikey had arranged for Leo to join him DJing at both an afternoon radio session, and then Elevator East’s 2nd birthday bash. So for engineering this, and making the two of us very welcome, I am super grateful.

I heard Mikey play two sets. The first at 5PM, was chugging and Cosmic. The second, at 5AM, was banging and euphoric. Since I’m always interested in how young folks got into what might be perceived as old folks music, it was a no-brainer to ask Mikey if he’d like to send a mix over, and surrender to questioning.

Leeds, balearic capital of the world.

Nowadays between Leeds and London. I’ve lived in London for the past five years but recently got myself a flat in Leeds, so I can live a bit cheaper while I work on the music. Still doing the parties and radio in London most weekends, though.

I heard you play both on the radio and at the party. The party was banging, and the radio was very Cosmic. I`m assuming Baldelli was / is an influence. When / how did you first hear about Baldelli?

You’d be absolutely right. Baldelli is one of my heroes and inspirations. He’s been doing it so long and everything about him is distinctive even still – his records, his mixing style, his tempo even. I first caught onto him when I was living and studying in Hong Kong. There’s a guy called Jonny Hiller who’s set up an amazing audiophile system in the backroom of an Indonesian restaurant there (Potatohead). I used to go there to hang out and listen to records and one day Jonny told me about his career exploring the ‘Cosmic Sound’. I’d heard one or two of Baldelli’s productions by that point and the seed was sown. 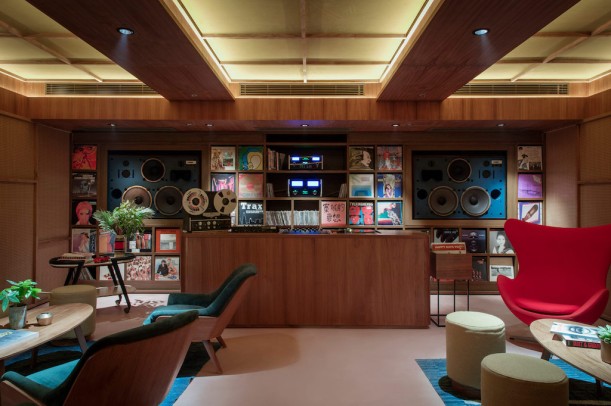 I was actually lucky enough to play on the same festival bill as Baldelli last year, at La Casella in Italy. Think he was the oldest and I was the youngest on the lineup!

How long have you been running 45turns?

Just had to go and check… coming up to two years in September.

How did you get involved with the Elevator East parties?

The Elevator is another idea I came up with in Hong Kong. I was going up and down in lifts all day discovering all this great music, especially in Jazz and Afrobeat spheres – stuff that I didn’t think you could hear in a club, because some people think anything slightly jazzy is just lift music – and it made me want to do parties that elevate you through this sound, spiritually and physically… It went through a few incarnations. First Elevator Music, then Elevator Afro Club, then I finally settled on Elevator East about nine months ago, when the other two lads got involved. East because we do the parties in East London, because lots of the sounds come from the East, because the idea was birthed in East Asia… its manifold – holistic even.

Do you DJ at any other regular events / venues?

I’ve set out the music policy and do bookings at a cafe bar on Kingsland Road called Hoxton Cabin (ex site of Nick The Record and John Gomez` Tangent parties), with vinyl only streaming sessions happening regularly. There’s a boat in Hackney Wick called The Milk Float where we put on ‘balearic boat’ parties regularly through the summer which is always fun. I’m also de facto resident at MUNDI festival, an annual gathering in a beautiful old castle in the south of Italy, near Bari, celebrating world cultures and music.

Do 45Turns have their own parties?

Yes! We’re doing a boat party this Saturday (11/5) on the Lea in Hackney Wick. It’s called the Balearic Boat. There’s loads of great selectors playing from different backgrounds and journeys through music, most of whom have done a mix for the site or contribute by regularly sharing music in the facebook group.

Who else is involved in 45turns?

As I mentioned, loads of different people are doing mixes and contributing to the whole project in different ways. There’s a few of us who tend to play together quite a lot. The other Elevator boys who play under M_Edwards and Bakerlite are heavily involved… we’re always sharing music and playing together in London. In terms of writing, Hugh Helmore is a young chap from the home counties who does really insightful pieces on records he likes and scenes that he’s into for the site.  Adam (Adzmandala) who runs Cosmifrica in Newcastle writes pieces on some of his rarer cuts from Africa and Brazil. There’s also Chris Floris from Netherlands and Ikävä Pii from Bari – they’ve both done mixes for the site and we tend to share gigs and radio where we can. The three of us did Red Light Radio and a gig in Amsterdam back in February. They both play regularly at the Elevator nights and we’ve got De School and Kiosk Radio in Brussels lined up in July. Romolo Disco is a selector from Uruguay who got involved through Don Carlos, another DJ who has contributed a lot to 45turns. There’s more but these ones come to mind. It’s a beautiful network and it keeps growing.

What guests have you had?

The first guest was a 15-piece Afrobeat ensemble from Chile called Newen Afrobeat. I saw them in Santiago a couple of years ago and they blew my head off with their energy so I had to get them over. It was their first UK gig, carnival weekend, with London Afrobeat Collective on support. They’re smashing it now. Then for DJs we’ve had Nik Weston from Mukatsuku, Pete from On The Corner Records, Don Carlos, Leo Mas, Chris Floris, Ikävä… most recently we had a collective over from Paris called Pardonnez-nous. They’re doing big things in France, opening up the worldly sounds we love to bigger and bigger audiences. It was great to have them at Elevator. Then on the radio Don Carlos, Leo Mas and Frankie Valentine come to mind first.

Who do you have lined up?

So! This weekend there’s a selector from Tel-Aviv called Tai Rona who has come over to do the radio and boat party. Sizzling, eclectic, Cosmic stuff. Then at the end of the month its bank holiday weekend at The Cause, who are celebrating their 1st birthday. Elevator have been given one of the rooms and there’s an as yet unannounced Chicago house legend booked to headline our area – hint: same initials as Don Carlos…

Next month’s lineup includes Nancy (Noise) who we all love, and Pabels, aka Pablo Cortés, a really breezy, summery selector who’s coming over from Argentina. Then after that… it’s not for me to say!

There’s been an Italian trifecta in mind for a long time. Obviously we’ve had Leo and Don Carlos…

Do you make music?

Yes! For the last year or so I’ve been working on the Elevator Edits, putting old and forgotten sounds from around the world into new forms for the dancefloor. Also plans for an original 4-tracker to be coming out before the end of Summer. It’s in writing now so I have to do it.

Any loner term plans for a label?

That’s something I’ve talked about with friends for a while now. Obviously the natural extension of everything going on at the minute is to start a label. I’d love to run a label, so let’s see. There’s quite a lot going on already and any mates I know doing labels are run off their feet all their time. I’m just waiting for the right record I think!

The party was brilliant by the way. Can you give me three new tunes that you’re into?

Really glad you enjoyed it. It was a special one.

Miss Represented / The Truth Is Out There

Laying it all on with that bouncy Electro feeling.

This just came out on a label out of Oslo called Lyskestrekk, who are pushing really strange, soulful and eclectic sounds with a poppy Balearic bent. Love it.

Can you give me a few old tunes that you’ve recently discovered?

Gorgeous 1986 Japanese cover of the Pet Shop Boys classic. Not sure how I missed this for so long.

I dropped this little powerbomb 45 at Brilliant Corners on Tuesday. Very heavenly

Can you tell me more about your mix?

It was recorded at EXP Records in Bari. The main city of Apulia, in the ‘heel’ of Italy. The shop`s run by Dona, who has a magic touch for putting people on to music. I left there with loads of records that I wouldn’t have thought to search out before, but realised that they work nicely with what I do.

The mix is one hour, vinyl only – except the sample at the beginning. Stuff that I had in my bag on that trip, but also some records that I’d only heard literally ten minutes before we started. It starts pretty Balearic, ends pretty Balearic, but cruises through a lot of obscure Psychedelic sounds and wacky Disco stuff.

Shout to Dona and Franco at EXP, and to Silvia at Roaming Radio, where it was originally aired.

Do you have any other gigs lined-up?