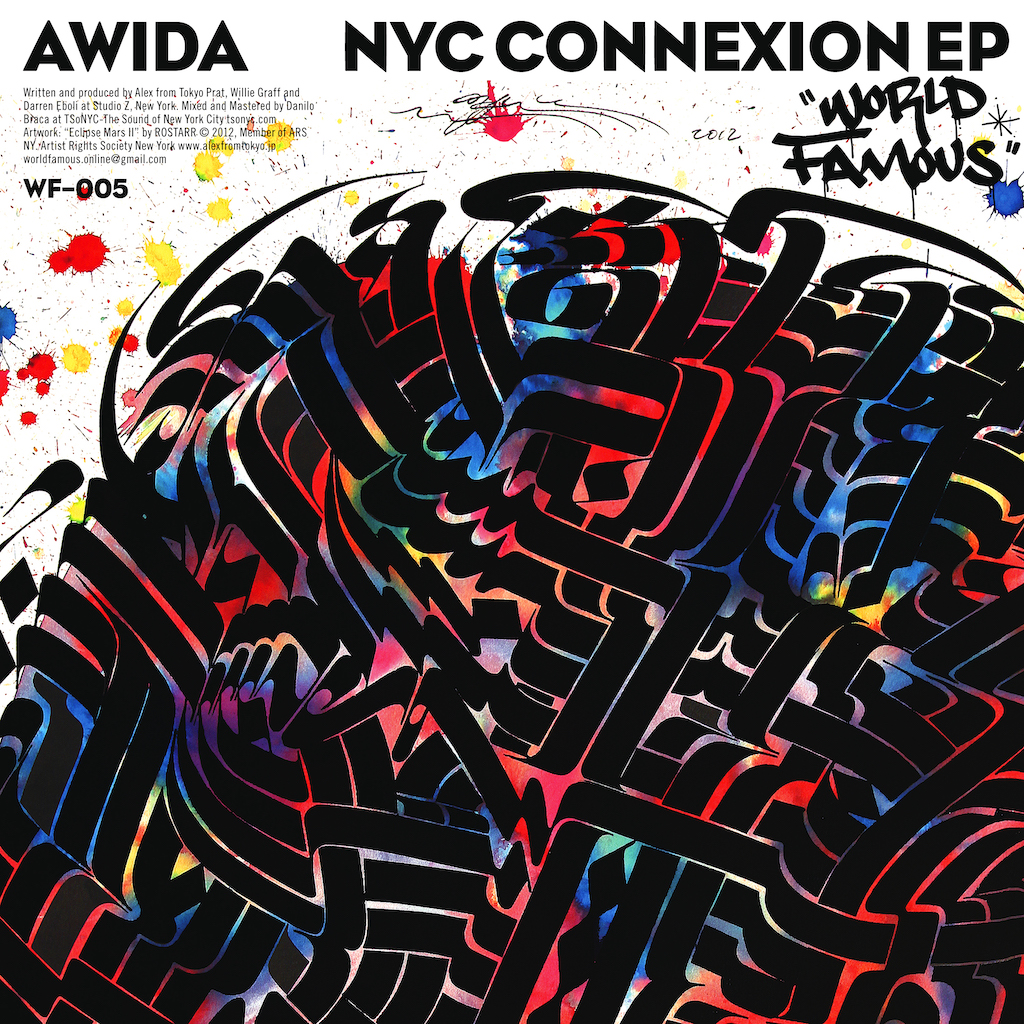 AWIDA is a long-mooted collaboration between Paris-born, Japan-raised, New York, now Berlin-based Alex From Tokyo and Ibiza`s Willie Graff. Created in the studio of Darren Eboli and mastered / mixed by Danilo Braca the NYC Connexion E.P. contains three tracks. Two of those might have been inspired by Ability II`s technoid Loft classic, Pressure. The 116BPM Pompa Sonic being a bass-heavy bleep and breakbeat tribute. Sleek and sophisticated, with a great production – like everything on World Famous – a great separation of sound (Check their associated headphone brand, Phonon – you won’t be disappointed) . The 111BPM Cielo Dance has trippier keys and is more 90s “ambient” IDM. Calm but still with a big kick. Think Chaos In The CBD`s recent Hydrate – with Basic Channel-esque nyabinghi dub-wise drops. Recorded in Ibiza Tranz Mekanica taps into the White Isle`s hedonistic history. Borrowing from the EBM, new beat and proto-techno played by DJs Nelo and Esteban Lohaz after-hours at Glory’s during the season of 1987. The season that sparked the UK`s Second Summer Of Love in 88. The music that shaped the sound of Space when it opened with Nelo as its resident in 89. Snares snapping like a dominatrix` whip. Bass now a threatening low-end hum. The track Kung-Fu Karate-chopping, acid house trance-dancing through Shoom`s strobes and strawberry smoke.

You can oder a copy of AWIDA`s NYC Connexion E.P. directly from Berlin`s Muting The Noise.