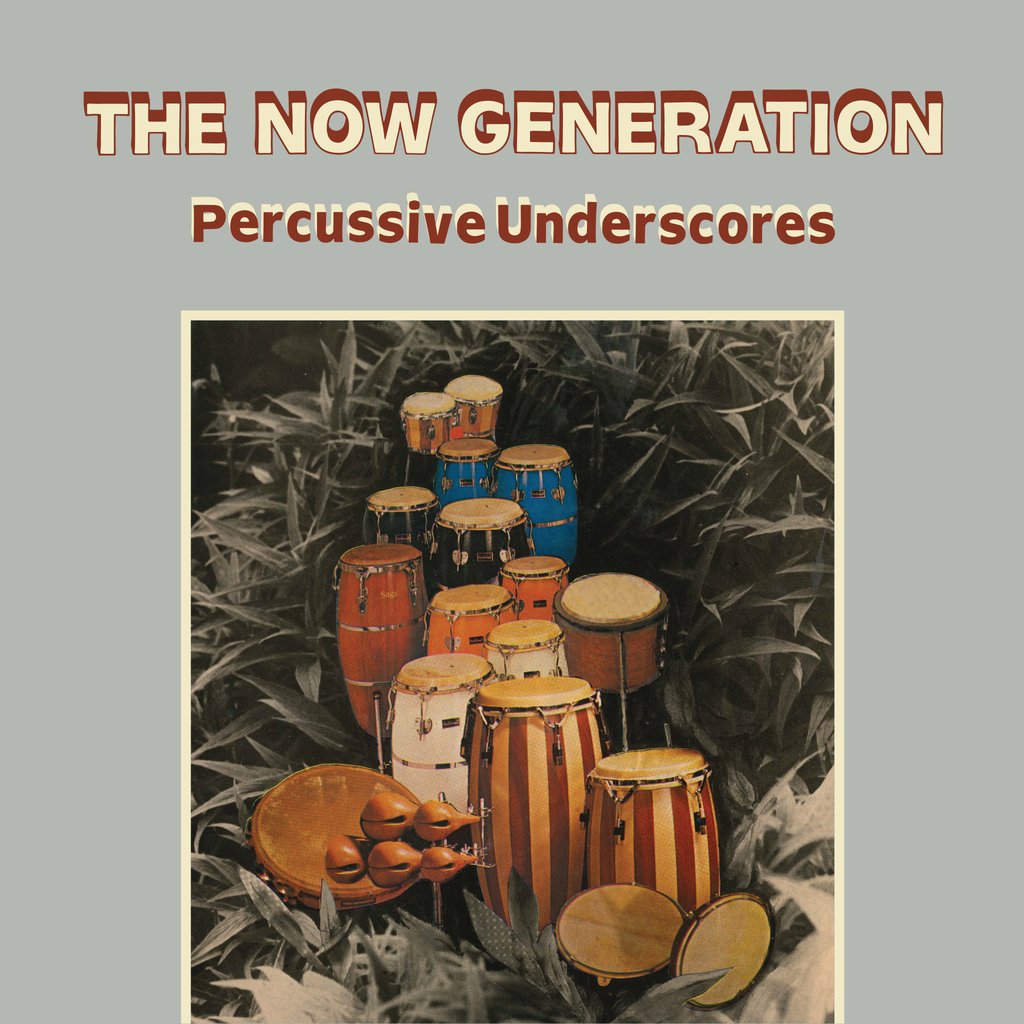 Originally recorded by German engineers / musicians Peter Ludemann and Pit Troja in 1983, for Munich label, Coloursound, The Now Generation is a super accessible (and sought after) missive from the expansive and daunting library music canon. From a set sub-titled Percussive Underscores, the first, and title, number is off, immediately racing. Synth-y, Euro, disco. Like Arpadys, Discocross or Space. The second, Panama, is urgent, groove-y. Little more than slapped bass and percussion, but its riffing contagious. Infectious enough for it to have been a Baldelli “classic”, and as such featured on one of Dompteur Mooner`s fine Elaste compilations.

The third, Inorganic Matter, is slower, sparse, but just as cosmic. Its bass strings twanging a loose 12-bar boogie. Grease Paint is similarly creeping, chunky, funk. The fourth, African Nightclub, can be found on Prins Thomas` 2007 mix CD, Cosmo Galactic Prism. Where the Norwegian uses it to segue between Zombi`s Sapphire and his own rework of Belgian post-punk band The Honeymoon Killers. With carnival cowbell, cuica and timbales, it`s one of several tumbling Tumblack invocations. Each performing their drum ritual at a differing tempo.

The standout is Mechanical Heart. Clipped jazz guitars – that recall Haircut 100, Orange Juice, Marche Commune, or Richard Schneider Jr.`s Hello Beach Girls – and bongos. Building to a great solo. This is the reason I`ll be coughing up my dough.

You can order a copy directly from Be With Records.