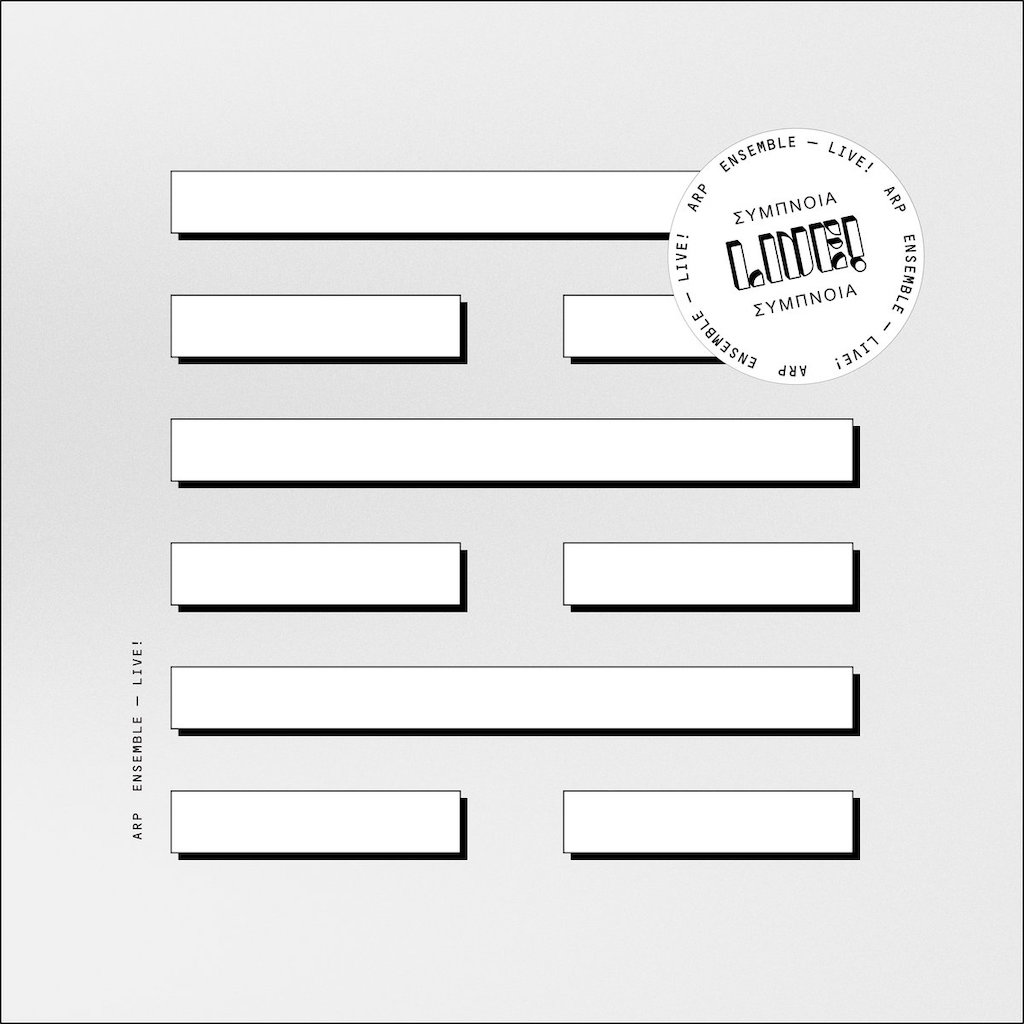 The artwork for ENSEMBLE – LIVE! is a representation of Hexagram 64 – drawn from the I-Ching / Book Of Changes. It`s there as a reminder that “disorder increases energy and innovation”. Which could be a mission statement for the one-take improvisations that make up this album. The “ensemble” – a quintet lead by Alexis Georgopoulos AKA Arp – first came together for a performance at Mexican Summer’s 10th Anniversary celebrations. Pretty much exactly a year ago. Their recordings are a coded comment on society. An exercise in “communication”, a belief in “exchange” and “power in the collective”.

The album features fresh versions of tracks that premiered on Arp`s last solo record, ZEBRA. A set that seemed to alight on (almost) every aspect of Alexis` musical journey to date. Mixing classical minimalism with new age modular synthesis, post-punk guitar pop, techno, dub, tribal rhythms, and robotic arpeggios. However ZEBRA was recorded in a studio soaked in ECM, Don Cherry, Jaco Pastorious, Colin Walcott, Eberhard Weber….Phillip Cohran, Alice Coltrane, and McCoy Tyner`s mid-70s spiritual gear. It`s these “cosmic jazz” influences that rise to the fore and soar, on ENSEMBLE-LIVE! For me, filing the sessions right next to those of Nat Birchall, Matthew Halsall, and Ruby Rushton. And if I wanted to be glib, then I could say that a lot of it sounds like John Surman jamming with John Taylor. Creators making joyful noises.

The new opener, Eos, shakes seashells and rainsticks, as the saxophone squeaks, speaks in tongues. Voices is all echoed percussion. A wall of voodoo. While Kalimboid recalls Alexis` recent remix of Rare Silk`s Storm – for Emotional Rescue and Be With Records. Bubbling and chiming to colour a landscape part Compass Point, part Jon Hassell`s Fourth World. A dawn mist of hand-drums and fluttering flute. A moment of calm before the whole “band”, and that damn fine syncopation, leap back in.

You can order a copy of ENSEMBLE-LIVE! directly from Mexican Summer.