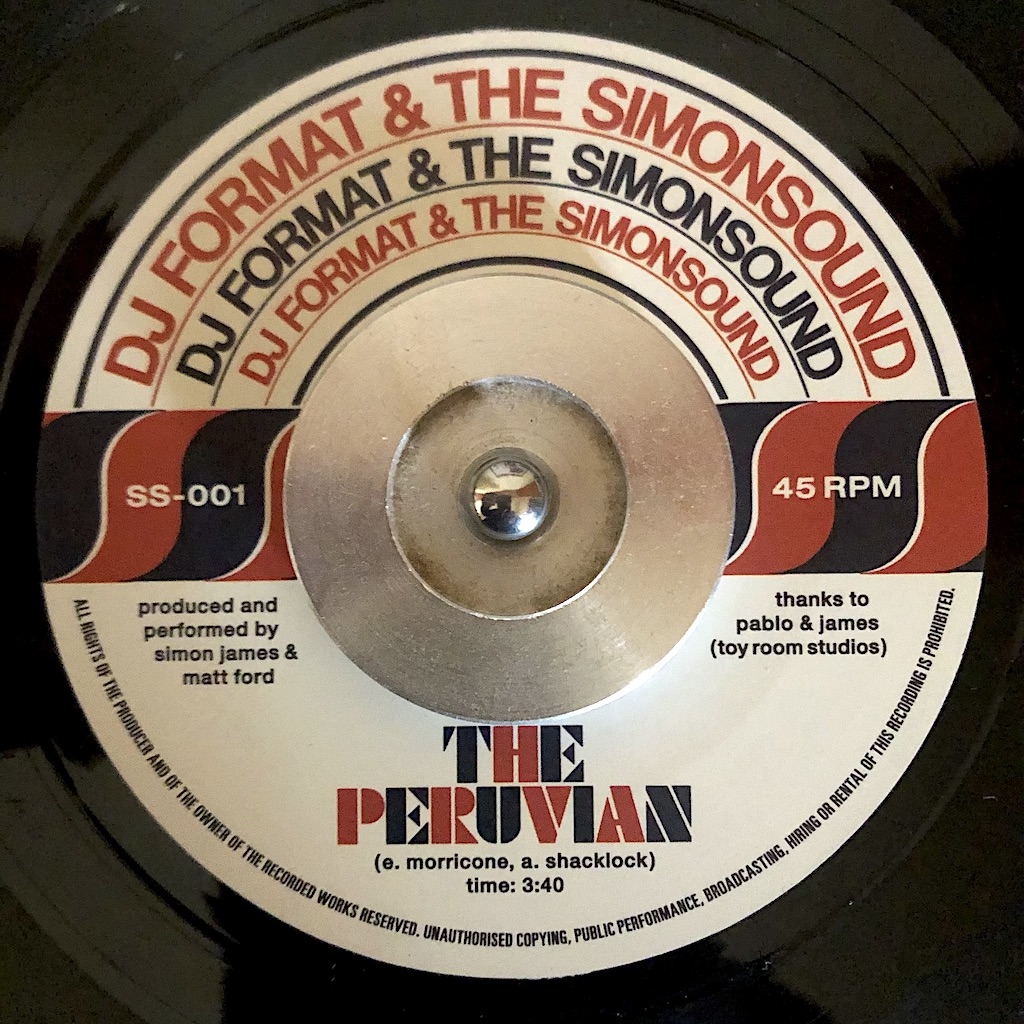 I haven’t seen Simon James in about 13 years. Six months after moving to Japan, I popped back home, and down to Brighton. Prior to shipping out, we – me, Simon, his twin brother Curtis, Grant “Scratchy Muffin” Phillips, Dave Liteyear, Joel “The breaker” – had been part of a wide and loose collective of characters that converged on Sydney Street, at Ed Birch`s One40five Store – a purveyor of bespoke casual wear. Garms by the likes of Gimme Five, Haze, P.A.M., Stussy, Silas, and Fergus Purcell`s Tonite (1). Simon and Curtis were the techno-whizzes. They`d been among the first people in the UK to interview Juan Atkins, and they recorded, at the time, as Strata 3. Smashing their Detroit influences up against a stolen DJ Shadow break.

The twins also set up the shop`s fledgling webpage, and in-store internet radio – to which we all contributed mixes and shows. The Brighton Bunch would tip me off to new hip hop releases – which I`d buy from Kam and Nick Huggett at Mr Bongo on Poland Street. In return I`d pass them tapes and CDs of stuff I`d dug out of the bargain bins at Beano`s in Croydon. Collages of old jazz and rock breaks, and freshly ID`d cosmic classics. So you’d have John Dankworth, Guru Guru, and Rush`s Tom Sawyer colliding with Johnny Warman`s King Robot. I can remember all of us freaking out about a bootleg I`d found of Dick Hyman`s Age Of Electronicus – his crazy cover of James Brown`s Give It Up Turn It Loose.

The game of “spotting” these “mixes” brought me into contact with another of the One40five`s “alumni”, Matt “DJ Format” Ford (2). For the last few years Matt and Simon have been recording together as The Simonsound, and just before Christmas they dropped a 45, which has finally reached Japan. One side takes on David Axelrod`s Holy Thursday. The other reimagines Babe Ruth`s B-Boy staple, The Mexican. Once versioned in a Funhouse freestyle fashion by John “Jellybean” Benetiz, and bitten by Todd Terry for the rave of Orange Lemon, The Simonsound`s rework references that old Dick Hyman record. During that visit, over a decade ago, Simon excitedly showed me components of a modular synth he was constructing. He was unpacking the first few parcels and packages. My guess – going by The Peruvian – is that his set-up now fills a whole room. The tune huge with electric flamenco, flying saucer SFX, incredible bongos, buzzing King Wasp bassline, and Moogy-lead. A wall of sound that threatens to F with the very fabric of time and space. As defiantly analogue as anything Finders Keepers might excavate (3). Like Stereolab, or Broadcast, at their most funky (4).

You can purchase a copy of the double-headed The Peruvian / Holy Thursday directly from The Simonsound.

As a further postscript to this, Simon just sent me a photo of his current main synth – amazing.