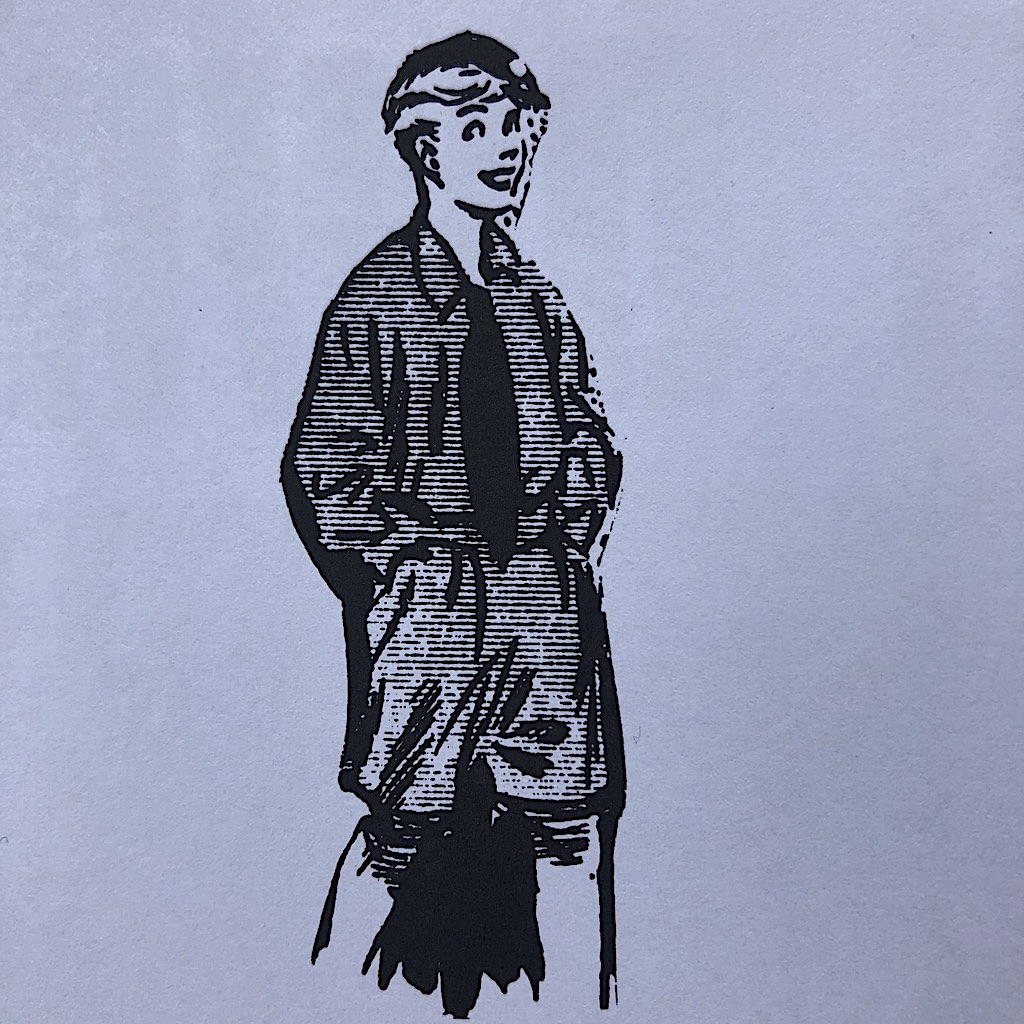 I woke up a 5:30AM to the news, a phone full of messages. I checked Facebook, saw a sea of remembrances, sadness, shock, and sorrow. I shut it down and tried to get on with the day, get the kids ready for school, breakfasts, lunch boxes, think about clearing the snow. Telling myself I`ll write something later. But by 7:30 I felt hollow and had to sit down, “just for a minute”. Making us late. I was thinking about the gig Andrew played at Vent back in the summer. How gutted I was that I couldn’t make it. I`d figured that there’d always be a next time.

This might sound contrived but for the last couple of weeks I`ve been writing about A Love From Outer Space, the event Andrew hosted with Sean Johnston. Sean had sent me a 6-hour set recorded at the end of 2018, and for the last 10 days or so I`ve been listening to that, and a 3-hour Electric Elephant boat party performance, on loop. Dictating poetry, prose, and track IDs into Voice Memos, while ferrying my boys about. I`d just reviewed Andrew`s Venetians remixes, and I`m one of the few people fortunate enough to have heard his E.P. due on Pamela. I was drawing a line between the nine o’clock drop and now. By 8:00 this morning I was crying while driving, the Electric Elephant set playing, trying to compose this in my head.

The sadness / celebration that`s on-line is full of folks sharing memories and stories, meetings with Andrew, the first time they heard him DJ, or heard one of his remixes /productions. I met him quite a few times. It would have been pretty difficult not to, since I practically stalked the poor chap between 1989 and 1994. From Kazoo, beneath Praed Street, to Bloodsugar in Hoxton. Every club, every gig, every interview, every radio show, every record. Why? It was all about The Outsider. The editorial he wrote, that opened each issue of Boys Own – which urged you to think for yourself – asked, please don’t be a sheep. As a disaffected, dispossessed, damaged, suburban kid, with a burgeoning drug problem, who’d been bullied at school for being different, it was The Outsider that I latched onto. That I modeled myself on. That I used to justify my own contrary nature. Weatherall`s credo seemed to be “no compromise”. If you don’t like what I’m playing, fuck off.

“Raise your hands if you think you understand, raise your standards if you don’t.”

Andrew was a trendsetter who continually bucked the trend. Setting them up and then knocking `em down. He gave us a compilation of Italian piano house, and when we screamed for more he told us to go buy the latest Penguin Cafe Orchestra long-player, take a closer listen to Van Morrison instead….and there was / is a whole army of young boys, now old men – like me – who hoped that by association they would also be seen as contrarians, recusants, thinkers.

That contrarian again, he`d give journalists top tens made up only of Manic Street Preacher tunes – cited Nation Of Ulysses` 13 Point Plan To Destroy America – when what they wanted were hot hits of acid house and big room bangers. Andrew had incredible, eclectic taste, and incredible, eclectic, near occult, knowledge – which he always self-depreciatingly downplayed. Following Weatherall was an education. I’ve documented before how I’m still – 30+ years on – tracking down sample sources. Each one revealing a new musical avenue. He’s the reason why I have thousands of records, why I continue the search.

It was Andrew Weatherall more than anyone, anything, that made me go digging for records. Just like Andrew, I wanted to be that person who, when you said, “I don’t like country music”, would play you something and have you change your mind. To go looking for the amazing in the most unexpected of places. This was, and still is, the “driver”, and honestly, without him, it somehow feels a bit pointless. To anyone who`s​ glanced at my writing over the years it will no doubt be obvious how important Weatherall has been to me, but until now I hadn’t really thought about it. You keep moving don’t you. Right now I’ve stopped. My whole world`s stopped.

Andrew referred to himself as a “life-long underachiever”, but he`d sack stuff whenever it became too successful. From a distance, cutting off his nose to spite his face, shooting himself in the foot. But he was undoubtedly smarter than that. It was Weatherall, in London at least, who re-tooled “balearic.” While most of his contemporaries were black music fans desperately hunting down the indie and rock highlights of Alfredo`s Amnesia sets, Weatherall – “that bloke with the weird records” – had his own collection of post-punk-funkers all ready to go. It was Weatherall`s copy of Dizzi Heights that would be rushed downstairs, so that Rampling could play it as a last tune at Shoom. Those early remixes – Happy Mondays, The Grid, James, Jah Wobble, Love Corporation, My Bloody Valentine, The Orb, Primal Scream, St. Etienne, S`Express – they defined the time. Seized the E zeitgeist. Perfect examples of taking drugs to make music to take drugs to. The arms-in-the-air intros, that ecstatic use of the cross-fader, and the epic build-it-up-break-it-down-build-it-back-up-again-and-throw-in-a-final-solo—to-make-them-lose-their-shit formula. The later things he did with Keith Tenniswood, as Two Lone Swordsmen, might have seemed “noodle-ly” on release, but now sound extremely prophetic. ALFOS has just done a decade. From 200 people on a Thursday, at The Drop in Stoke Newington, to taking over a fortified citadel in Carcassonne for Convenanza. Andrew often commented that DJs make poor heroes, and hero probably isn’t the right word, but even without the music, he always said what he thought, played the game on his own terms, stuck to his guns. Wevers never wavered.

On Sunday night, traveling, I`d re-read Andrew`s interview with Bill Brewster, published in Bill and Frank Broughton`s book, The Record Players. Andrew was explaining how he`d rather be remembered as a decent human being, than for his body of musical work. So let that be his legacy. On the surface a curmudgeon, a would-have-you-believe misanthrope – with a heart big enough for everyone, and special spot for the underdog.

Rest in peace Andrew.  You magnificent bastard. I can’t quite believe that you`re gone. 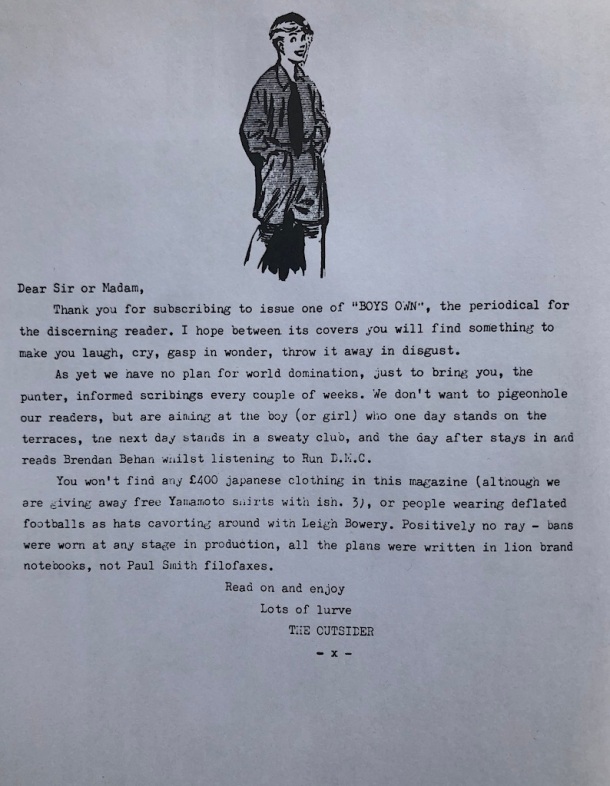