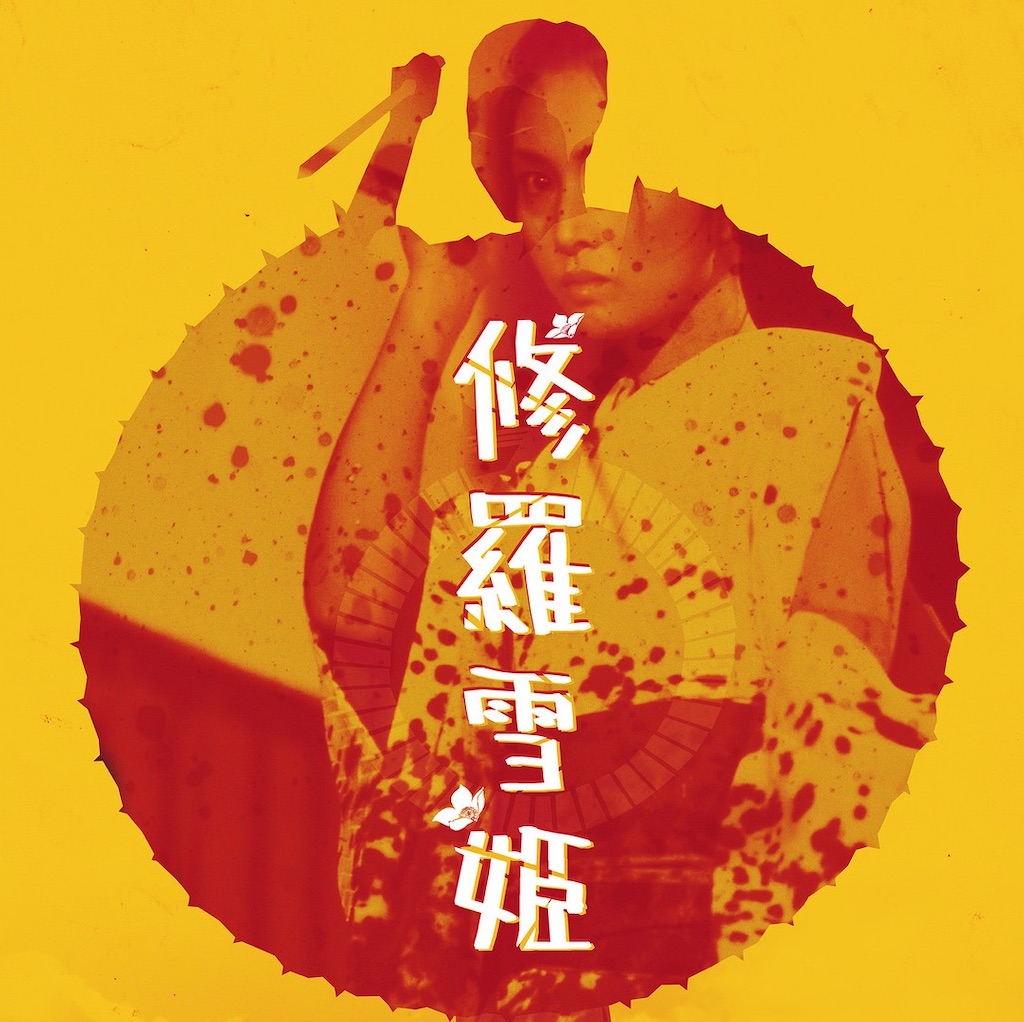 Alexis Georgopoulos AKA Arp spent his youth bouncing between the US, Greece, and France, but has been based in New York for over a decade. Since 2007 he’s released 6 solo LPs, and for even longer than that he’s been collaborating with a wide array of folks that’s included Anthony Moore, Jefre Cantu-Ledesma, L.I.E.S.` Max Ravitz, Quinn Luke, and Vetiver`s Andy Cabic. A regular at NYC`s eclectic Loft parties, he’s produced music that’s ranged from classical minimalism to punk funk to rude jacking house. With his last album Zebra, and its “live” ensemble reinterpretation, he moved towards a spiritual, cosmic jazz.

Some books I’ve been reading over the past month …

I recently finished Kudos, the final book in the Outline trilogy – just as quarantine began. I had the sensation, every time I picked the books back up after a brief interruption, of re-entering a world that felt entirely familiar. The stories, the social milieu, the people, the act of being talked “at”, bearing witness “to”, the act of listening to friends or strangers, to over-sharers, wondering where we stand, how we see things, how our perspectives shift over time, or in a given moment. The reader could simply be “in the room”, within earshot of Cusk’s characters. There’s something perfect in the way the series doesn’t reach for a resolution, per se. Infinite arguments are given voice. Subtext rules in the world Cusk paints. Or does it? I’ve never considered the state of ambivalence to be a particular positive one, even less something to aspire to, but there is something so utterly contemporary, so utterly “of this moment” that it’s clear, beyond the formal innovations of the book – has anyone connected them to Plato’s Dialogs? – that ambivalence is a state of suspension, a place of finding a certain comfort in uncertainty. Plato’s most well-worn declaration, it seems, has been right all along.

The Master shares his thoughts on time, existence, his drives, all the things that inform his films. I’ll read and re-read this for years, decades to come.

Seeing this in bookshops over the past few years, I assumed – or wanted, probably – Eve’s Hollywood to be an extension of the world inhabited by Renata Adler and Joan Didion. And there is a shared geography — both social and physical. A proximity to the Great and the Good and to the Whims of the Era, the fly on the wall POV. But if Adler and Joan are decidedly East Coast, this is decidedly West. And Babitz is too “in” the mix, in the middle of things to get too dark. Her aspirations were never literary, she wanted the experience. The title says it all really, as the memoir is driven by the company she keeps — perhaps you know her as the nude woman sitting at a chess board across from Duchamp, or as one of Ed Ruscha’s Five 1965 Girlfriends. As a teenager, she shares the company of Stravinsky in her parents’ living room one minute, and the next is hanging out with deadbeats on the beach in Venice en route to finding her way. If her writing ambitions at times exceed her abilities, it’s hard not to endear to her lust for language, her aspiration towards something ecstatic : the “lived” moment. The “present”. What could be more West Coast? True, there are sentences as awkward as a teenager who’s not yet caught up to the length of their growing limbs. But there are also incandescent, fizzy passages, a giddiness, and an authenticity she holds fast to, that is sweet and knowing. If the landscape of ‘60s — ‘80s Los Angeles appeals — if, say, The Long Goodbye, Shampoo, and Chinatown are favorites – and they should be – there is plenty of mischievous glee to be had.

My interest in ethnomusicology has come back with a vengeance in recent years and this book has provided the perfect re-entry. I learned that in the French caves of the Vézère there is evidence of its inhabitants marking the caves not simply with animal paintings but also with sound in mind. Painting markings where sound was most audbile, and — especially of interest to me — where echo was most prominent. The take away, it seems to me in any case, being : our fascination with echo, predates King Tubby and the Space Echo by, oh, a few million years. Incredible.

Unfortunate title – misleading / cheap on a marketing level – but, it turns out, perfectly appropriate in its exploration of what buildings do To and For us, and…a joy to read. Is de Botton the “Eno of Philisophy”? There’s an argument there.

Been on the “to read” shelf for ages, I’m now finally into it. No surprise — it`s a proper melter. A lucid history that, among many things, connects prison infrastructure and hierarchy to our present moment of self-surveillance through social media

Caravaggio’s story, in Jarman’s lens, is a sordid and glorious one, full of intrigue, murder and of course … the paintings. The artist’s trajectory gives Jarman a narrative structure, within which he frolics and bucks in dark, feverish chiaroscuro, saturated in blood red and black. And then, of course, there’s Tilda.

Wim Wenders — Until The End Of The World

I hadn’t seen this in ages and found it very worthy of a revisit — all 4 hours 46 minutes of the – somewhat pathological, but ultimately appreciated – Director’s Cut. I reached for it early in house arrest and was surprised with how prescient it felt. Perhaps it was clear to some even then – in 1991 – that the global historical moment we currently find ourselves in, or something resembling it, seemed an inevitability.

This just blindsided me – an incredible blending of documentary and fiction. Better yet if you’re able to follow it by watching Kiarostami’s talk about it – which is currently available on the Criterion channel.

A tale of sisterhood in 80s Paris, this is typical Varda – charming, moving, idiosyncratic, sophisticated, tender.

There’s so much to be experienced. So much love and hardship and sadism in the world. The Bitter Tears Of Petra Von Kant was my gateway — and I’d guess it was for many others. Follow it with Ali: Fear Eats The Soul or perhaps The Merchant Of Four Seasons. There’s oodles more where that came from. To think he didn’t live 40 years and created this body of work. I guess an incredible talent, and a copious supply of amphetamine, will do that.

Gorgeously shot, at turns ridiculous and sublime, and, unexpectedly affecting.

Martin Scorsese – The Age Of Innocence

What a rise. What a fall. You’re liable to get cut on all the glass tables and mirrored surfaces on display in this doc. Fear not though, dear reader, you are more than welcome to cover those in his silk drape majesty – sensual and flowing and liberated as fuck. HIs was a study in economy and a poetry of movement. Of course, this is also a cautionary tale. Tragic, brilliant and immortalized in a tune well-known to readers of this site … “Halston … Gucci… Fiorrrruuci”.

Interesting to find out the French weren’t into DIVA until it gained popularity in the US … go figure. Turns out, to me anyhow, that it’s aged really well since I last saw it in high-school. All the elements are there — the twists, the cinematography, the memorable characters, the tenderness and cruelty — for an offbeat masterpiece. And whereas it’s hard not to think about “the present predicament” when you watch Wenders, or Tarkvovsky, with DIVA, you’re simply 100% rapt. The story, the moving puzzle pieces, just pull you along. And then…there’s Vladimir Cosma’s piano motif, which riffs on Satie and adds tape delay to boot.

Rated ‘X’ in the UK and banned from release for fear of public incitement – i.e. race war – after it’s premier at Cannes in 1980. Finally released after 30 years in 2019. Moments of levity and joy are brought by music and community, in an otherwise vicious, xenophobic, South London climate. There are amazing soundclash scenes with Jah Shaka, and a soundtrack by Dennis Bovell. Sadly, the forthcoming soundtrack release does not include the insane Shaka track used in the trailer, one of the best uses of the snare drum I’ve ever heard on one of the best trailers seen in recent memory.