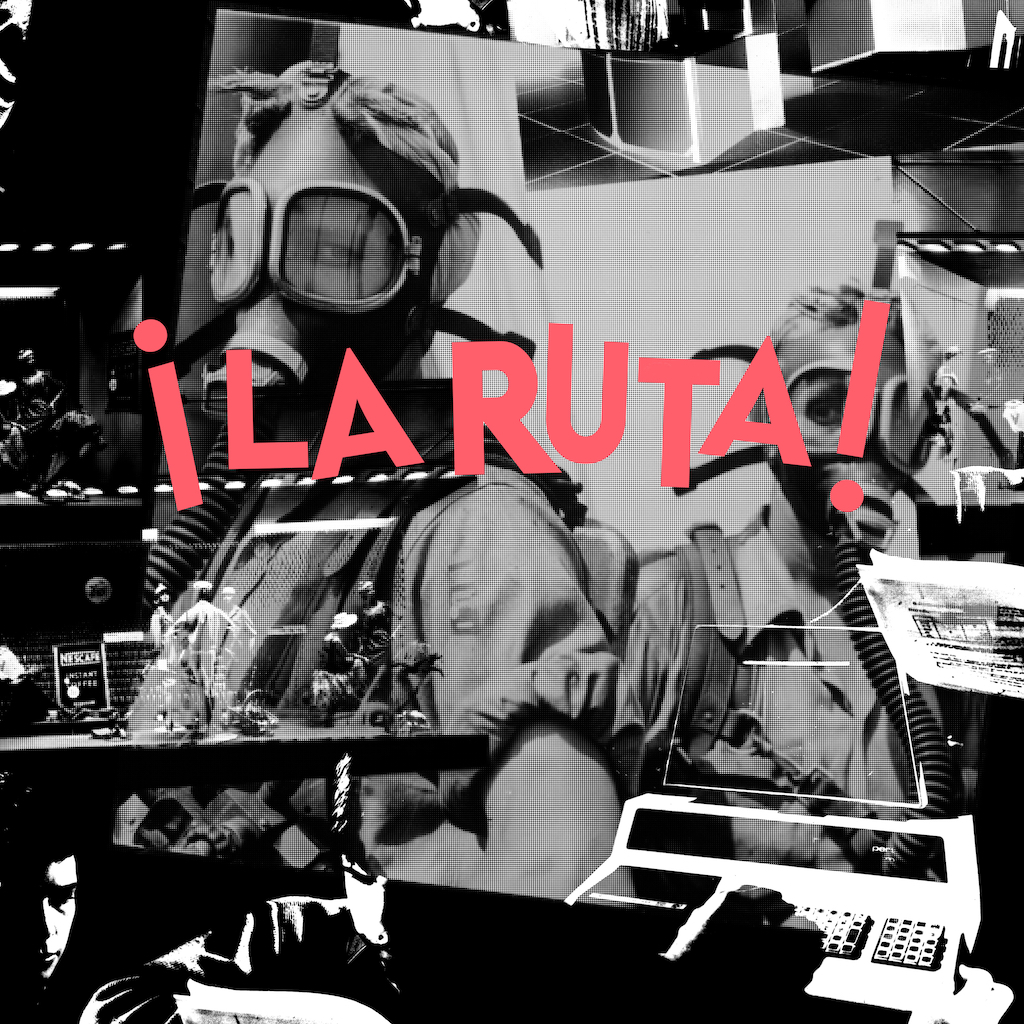 Sean Johnston and Martyn Walsh are ¡La Ruta! The duo taking their name from Valencia`s infamous La Ruta Del Bakalao – The Route Of Destruction**. A stretch of road – Carretera El Saler – that found generations of Spanish ravers during the 70s, 80s, and 90s, bouncing from club to club – Barraca, Chocolate, Spook Factory, Puzzle, Espiral, ACTV, Distrito 10 and Pacha Auditorium – smashing their minds and bodies to pieces – En Éxtasis – on mescalina – in the search for La Fiesta – the party – in a scene that ran in parallel to Ibiza. This was a thoroughfare that Walsh and Johnston also found themselves on some 30 years ago, when the former was bassist in Mancunian band, Inspiral Carpets, and the latter was their booking agent. The two are reunited here for 4 tracks on Days Of Being Wild. Each is a collaborative combination of electronics, and Walsh`s live bass. On Deja Vu Day, he gets grungy behind a synergy of sweet synth and swirling psychedelic organ. Creating a spirit-stirring post-punk funk kosmische chimera. Kibbo Kift increases the tempo, while throwing trance-ier shapes. Imagine Simple Minds shot out into orbit – a theme for great galaxies. Navigating arpeggiated asteroid belts. Those Who Know, Know chases fractal frequencies through similarly emotive 120 / 125 BPM outer / inner space – also having your heart reach for the heavens. Omerta, though, for me, is the one – with potential anthem written all over it. The b-line bouncing between a Stooges-esque riff – turning a TV eye on – and cinematic passages that play like Peter Hook having an Ennio Morricone moment. Beat-box ticking, and a hit of acid all the while creeping up on you.

Vinyl is available to pre-order, care of Diggers Factory.

**For those of you who didn’t happen to be on tour with Happy Mondays back in the hazy, halcyon days of the Second Summer Of Love, there`s an excellent, essential primer article on ¡La Ruta! by Carlos Hawthorne  and José Cabrera over at RA.