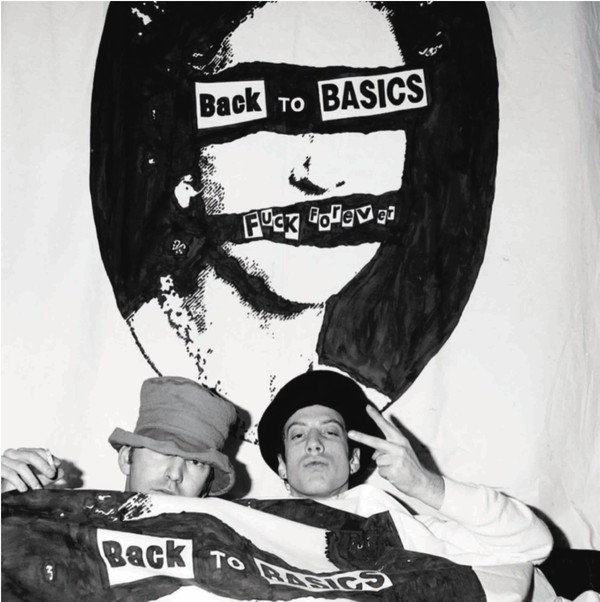 During the 1980s, Leeds` foremost club was The Warehouse, located on Somers Street, near the city centre. Running in parallel – for the more adventurous raver – there was The Twilight Zone – a reggae blues shebeen held in Chapeltown. Similar in vibe to The Kitchen in Manchester, the playlist at the party – administered by DJs Martin Williams and Drew Hemment – grew to accommodate acid house. One Twilight Zone regular was Dave Beer. A former art student, Beer had dropped out to roadie for bands such as The Sisters Of Mercy and Pop Will Eat Itself. On November 23rd, 1991 Beer launched his own – now legendary – club night called Back To Basics – taking over the bottom floor of Rockshots – later renamed the>music:factory – a three storey gay club on Lower Briggatte. The DJs were Alistair Cooke and Ralph Lawson. Cooke was a friend of Beer`s from art college, who worked in Kik Flip Records. A shop situated in the basement of a boutique called Buffalo – the first store in Leeds to stock Stussy. The walls were screen printed by local artist Moose, who also went on to design the decor for Back To Basics. Above Buffalo was the studio were Martin Williams engineered for pioneering techno / bass / bleep act, LFO. It was as a customer of Kik Flip that Lawson met Cooke.

Back To Basics branded itself as a “punk rock” alternative to what mainstream Leeds had to offer. The first Basics flyer “borrowed” the artwork from Jamie Read`s iconic sleeve for the Sex Pistols` God Save The Queen (Beer & Co. also once toured the UK under the banner Back 2 Bollox – another nod to The Pistols). With assistance from promoter Mickey Hirst, Back To Basics was an immediate success. By April 1992 they`d expanded and taken over the whole of the 1,200 capacity venue. Lawson played house to the first floor. Upstairs, labelled Funk, Junk & What U Like, featured residents James Holroyd and Cziz Hall – plus guests such as Manchester’s Jam MCs. Cooke was in the basement, with Paul “Huggy” Huggett. Huggy having been recruited from his day-job at the counter of Mancunian institution, the Eastern Bloc record shop. Cooke was renowned for his eclecticism. According to Andrew Weatherall, spinning “whatever took his fancy, from hip hop to techno, dub to indie”. Inspired by a love of bands such as The Damned, Theatre Of Hate, and Beer`s former employers, local act The Sisters Of Mercy, Cooke leaned musically towards new beat, and EBM. Sounds more akin to those played by Nelo and Esteban, after hours at Glory’s, than perhaps Alfredo and Leo at Amnesia. Mixing in the rock of CSS` Whole Lot Of Love, Nirvana’s Smells Like Teen Spirit, with sample-heavy dance tracks such as Rumble Dub`s God Is In The House and Beats Working`s Burn Out (Don`t Fade Away). On March 12th, 1993, on the way to a gig at Slam in Glasgow, Cooke was tragically killed in a car accident. Alistair`s sole recorded output, save a couple of remixes, was The God Squad`s Keep The Faith E.P. A co-production with Dave, the two of them building a trio of tunes around sonic steals -appropriately – from the aforementioned SOM. A source close to both their hearts. The results were released early `93, in collaboration with Fabi Paras` Junk Rock label.

The title track is bonkers 110 BPM balls-out barminess – made for dancing – wildly – on a balearic network club bar. With heavy axe-riffing riding Andrew Eldritch`s drum machine patterns – prompting significant bouts of E-Head head-banging. The techno-tribal rhythm reviving the indian rock craze of the 1950`s, and invoking Eldritch`s contemporaries, The Cult, in the process –  much like Jansen Jardin`s “goth-a-billy” band Bang Bang Ritual did recently. The second cut, Beams, strips away the 6-string shredding, to reveal the proggy house beneath – then adds more bongos, and a bite from Blue Rondo A La Turk. Finally Floored drops the tempo to a chugging 101 post-punk-funk rumble, and peppers the  place with samples and effects – whip-cracking dominatrices, gunshots, and screams a la new beat classic, Zsa Zsa La Boum`s Something Scary. Topping the lot off with some Ennio Morricone The Good, The Bad, And The Ugly guitar. Prices for this E.P. seem to have sky-rocketed (150 quid?!?), perhaps because its production sounds so incredibly current, but you can now pick up a minty reissue copy care of Sound Metaphors` Thank You off-shoot. 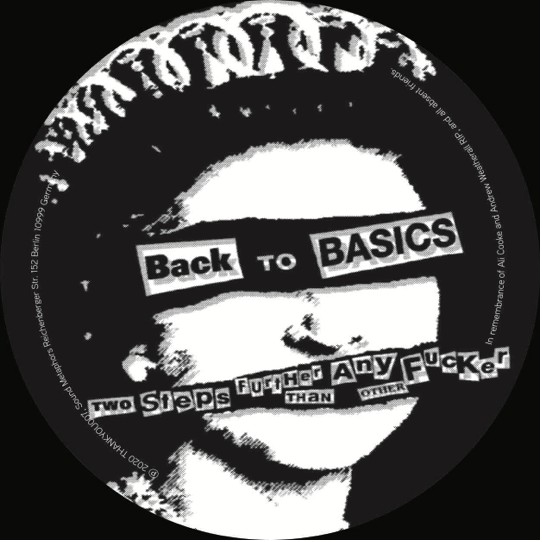 For a whole lot more on the Back To Basics story please check Ralph Lawson`s Basic Vision posts.