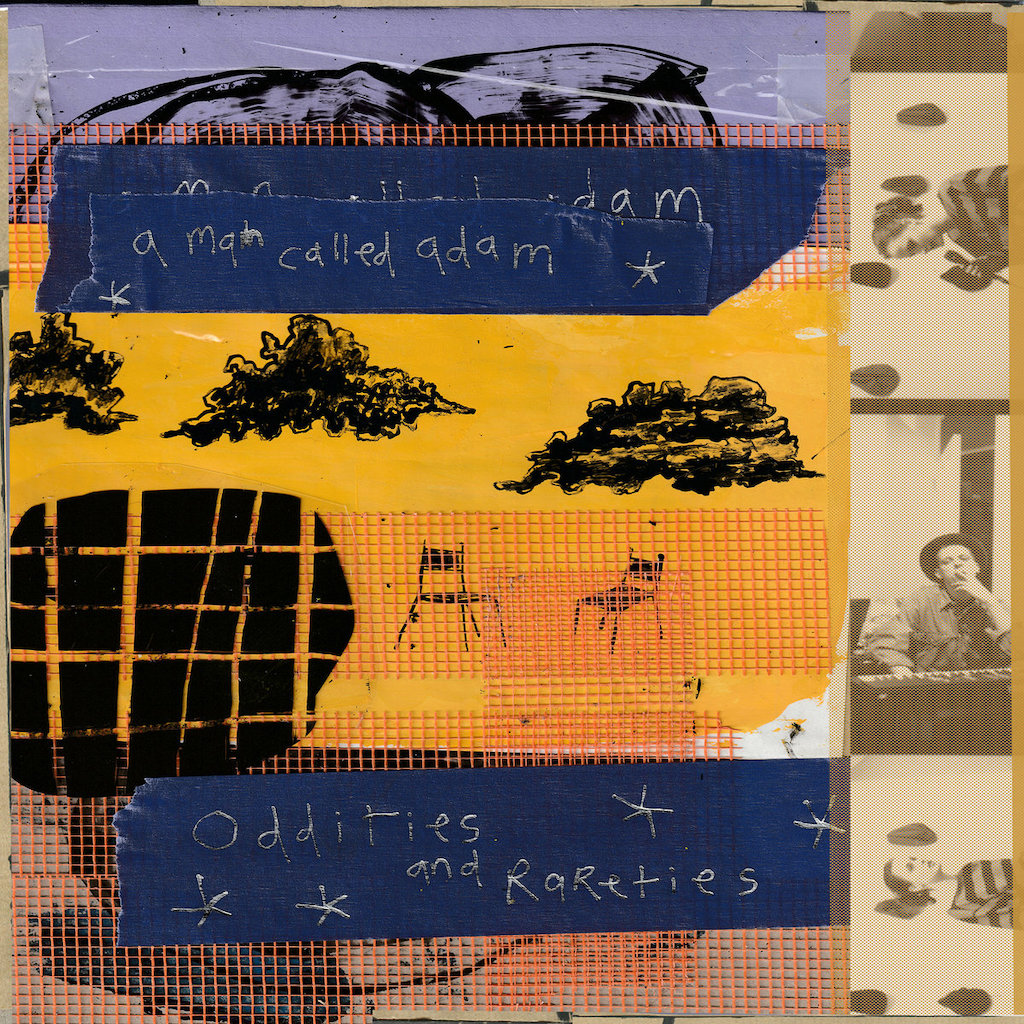 A Man Called Adam blow the dust off their archival hard-drives and bring us a collection of unreleased and reworked material that spans their 3 decade career. Entitled Love Forgotten, the first installment contains 20 tracks – nearly 2 hours of music. Sequenced like a mix tape, it begins with The Book Of The Dead – a piece commissioned by The British Museum – which actually buzzes with life. Its humming drones summoning a Laraaji-like energy, embracing the wonder of nature, the universe, and surrounded by birdsong. This segues into the title track, a beatless hymn to loneliness – and the walls we build in our defense – accompanied by techno tones and subtle free jazz skronk. Remind Me is a big, bad bass-ed groove that combines downtempo sunset acid with more academic, Fennesz-like, sonic designs, while a party shouts and hollers somewhere in its distance. AMCA`s spars The Idjut Boys assist on Slip Away – a heavy dose of digi-dub, where spectral detail is looped and locked deep within earthquake-esque low frequency oscillations. The break on Shine (Shaz & Baz Jam) sounds like its about to launch into Tullio de Piscopo`s Stop Bajon any second. Ben Gazzara is another song, this one set to an easy-listening swing of acoustic strum and picking. Lyrically longing, searching  for an everyday hero or heroine  – someone to rely on. It name checks Raymond Carver – the American author who taught me that a poem doesn’t need a punch-line. Sally and Steve`s remix of South African singer Brenda Fassie`s Vuli Ndlela township jives, jostles and jangles between Johnny Marr and Paul Simon’s Diamonds On The Soles Of Her Shoes. Adding a Penguin Cafe Orchestra-like cello swoon. It might be my favourite. AMFP sends (Steve) Reich-like electric counterpoint spinning, dizzying, to a UKG skip and sub-bass boom. The bleeps and bashment beats of Pumpkin are tamed by a sampled children’s choir, and country pedal steel. Lynch No Birds seems to be an exercise in musical magnification, where careful, spare, notes are stretched thin, expanded – a pin dropping exploded to the size of an elephant’s roar – and the music-making machines allowed to slow to their own internal rhythm. Moon 7 blows in on a Morricone-spaghetti western desert wind, its bandoneon melody dancing a treated tango. Teamed up with chill-out legend Jose Padilla the pair produce the tribal Still Waters – its chunky 4 / 4 chock full of percussion and Spanish guitar splinters. The almost acapella reading of Barefoot In The Head nearly gives the balearic anthem the ambient refix its always been crying out for. Nearly. The instantly recognizable piano riff, the swirling surf, Sally’s ecstatic cries, and that priceless evocative Rod McKuen speech go solo for a good while, but eventually the kick comes in and shoots the whole thing full of voodoo rays. Cosa Nova simply fizzes. The cinematic Tak Bat travels up river looking for Conrad`s Kurtz – marrying Mickey Hart`s Rhythm Devils with Evangelos Papathanassiou`s emotive synthetic swells. There`s a lost edit of prophetic, proto-breakbeat house classic, Techno Powers – fragments of flute and wah-wah flashing in and out of that famous b-line. Other old friends, Sensory Productions – Rob Mello and Zaki D – put a fresh twist on Holy Cannoli – setting its drums to 90s New York garage and its synths for the heart of the sun. Its rippling keys caught in E2-E4-esque repeat, and its bass borrowing from the hefty heritage of UK sound system culture. Steady features a bingo-caller. The darker Glass Houses juggles jazz loops as Atari sequences bounce back and forth. The closer, Really Wanna (See You Again), is the kind of love-lorn ragged Rickenbacker ringing, faux-Nashville that Arthur Russell used to do. Imagine Karen Dalton singing, doing her best Shirley Collins, and the Two Lone Swordsmen on the knobs, at their most wild-west weary.

Remember it`s Bandcamp Fee-Free Friday today. You can put your order in here.