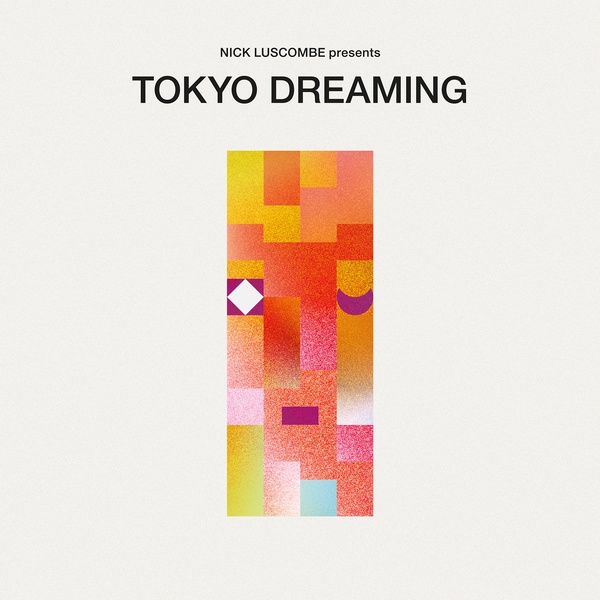 DJ and broadcaster Nick Luscombe`s Tokyo Dreaming compilation – poised to be released on Wewantsounds – is effectively a soundtrack. A fantasy score to an imagined city. Sonics to accompany a whistle-stop soiree through a slick, stylish capital buoyed by the endless cash-flow of an enormous economic bubble. A state-of-the-art, catwalk-clothed Tokyo of the 1980s constructed from music – selected by Nick – from Nippon Columbia’s considerable archives. Cutting across a variety of genres, using sides largely produced in that opulent era, and collecting work by artists who themselves seemed to be invoking far away, tropical climes. The fusion virtuosos, for example, who always appeared to be off somewhere in a Caribbean of the mind. Nick’s cherry-picking painting a kind of Japanese pop rainbow – from pioneering cosmic electronics, to laser-disc disco, and holographic hostess bar ballads. That bubble budget providing big swooning orchestral arrangements and sessions from seasoned jazz veterans. Their solos often lifting tunes way out of the ordinary. The track-list takes in a few established classics – Yasuaki Shimizu`s Mariah collective, the Sci-Fi new wave of Colored Music, the seminal synthetic psychedelia of Shigeo Sekito`s The Word II – but in the main the pieces on offer are relative “unknowns”. The compilation sort of serving as a primer, but also containing gems for aficionados.

Last weekend I was lucky enough to meet and chat with Nick, at Akasaka`s Kaisu Hotel. Our conversation – concerning Tokyo Dreaming, Nick`s hefty 20-year broadcasting career, and current projects such as Musicity, and Nonclassical – was captured on video by Hamon Radio. You can view part one here: