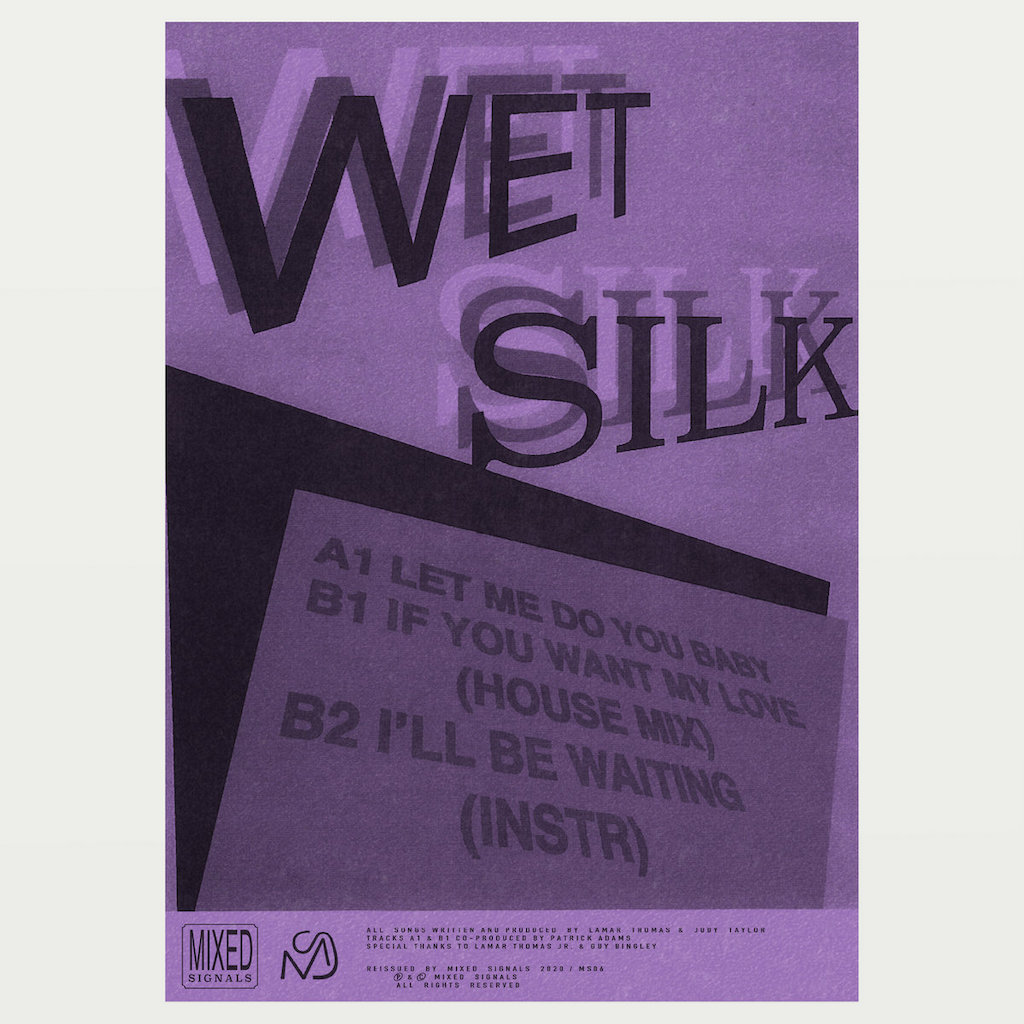 Ontario’s Mixed Signals make available some sought after music produced by the duo of Lamar Thomas and Judy Taylor. Tracks rescued from the archives of their label, Thom / Tay. Two of the tunes of the trio on this 12 could previously only be found on a highly collectable compilation released by UK imprint, Blue Chip, in 1989. Blue Chip, run by Kev Roberts, famously being the home of rave favourites, Bizarre Inc. The “House Mix” of Shelly Pearse`s If You Want My Love and Wet Silk`s Let Me Do You both appear exclusively on that Thom / Tay showcase, The Sound Of New York. The Wet Silk jam being insistent and Trax-like – think early Marshall Jefferson and Larry Heard. Its synths and sampled giggles – layered with a loose Mystery Of Love vibe – backing a Barry White baritone croon. Shelly Pearse`s piece is billed as “house” but to my ears it shimmies and shakes more like ON-U Sound – a raw, stripped back, 808 meeting of recently sadly departed Duke Boottee`s Beauty & The Beat, Keith Le Blanc, and Tackhead. Its BPMs barely reaching the mid-90s, with pummeling drum programming slugging it out with slow motion italo riffs, and poor Shelly disembodied and reduced to an echo. Dating from a little later, 1990, the more intimate, more musical instrumental I`ll Be Waiting – which sucker punches initially with its synth-pop stylings – boasts whistling keys, staccato organ riffs and a moment of fine jazz-fusion shredding,

The Wet Silk E.P. was released on February 5th by Mixed Signals. You can order a copy here.