Balearic Wife and I have just watched the brilliant new series, 1971: The Year That Music Changed Everything on Apple TV. It’s directed by Asif Kapadia, and as with his Amy, Senna, Maradona, etc. it’s completely bloody brilliant – it`s one of the finest music documentaries I’ve ever seen – so go and watch it. Anyway, it’s inspired me to dig out a few of LPs from that year, some of which are featured heavily in the series. 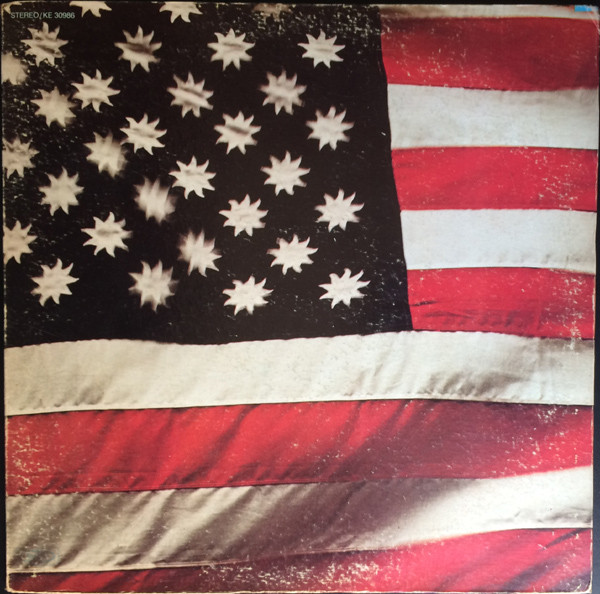 Rightly considered a masterpiece, this album was 2 years in the making, attempting to follow up the previous LP, 1969`s Stand! – which in my opinion is also a masterpiece. That said, the two LPs couldn’t be more different. While Stand! is full of optimism, hope and resistance, up-tempo anthems for the flower power generation, Riot is a dark night of the soul on wax. After listening to it properly for the first time in ages, I’m really struck by how much it reminds me of Prince’s Sign “O” The Times – in both its content: the chaos and turmoil in society at the time, as well as the inner turmoil of the artists themselves; but also, in construction and sound. Both have a very sparse, minimal feel, recorded for the most part by a solitary Sly / Prince, using new music technology, like drum machines, to allow them to work quickly and for long periods of time on their own. The result has the feel of a ‘posh demo’ – copyright Richard Hector-Jones. Riot, though, is by far the darker of the two. Recorded in the depths of drug addiction, even its jollier tracks – Runnin’ Away? – are really pretty bleak. It’s still one of the greatest records ever made. I have the UK original pressing in a  gatefold sleeve with lyric insert and bonus 7”, and which at 50 years old later this year, is possibly in better shape than its owner (51 later this year).

Curtis Mayfield is simply one of the greatest recording artists of all time. Between 1970 and 1974 he released 6 studio LPs and 2 live LPs without so much as a duff note on them. I mean Prince, Bowie, Stevie Wonder, The Beatles, levels of greatness here. Anyway, on this album he brings together some of the many highlights from his self-titled debut and subsequent Roots LP, also released in 1971. The album was recorded live at Paul Colby’s Bitter End, in NYC, and there’s actually film of the show, used in the aforementioned documentary, which I’d never seen before. It’s a spellbinding set, during which he goes from moments when you could hear a pin drop it’s so intense and quiet, to full on jubilation and crowd participation. There’s a version of The Carpenters We’ve Only Just Begun which could melt a heart of stone, and the versions of classic tracks like We The People Who Are Darker Than Blue and (Don’t Worry) If There’s A Hell Below We’re All Going To Go seem to be even better than the studio versions. In fact – full disclosure – I don’t really like live LPs! But occasionally – this, and Bill Withers` Live At Carnegie Hall if I’m honest – they can be truly magical.

I have 2 copies of Curtis / Live! – the original UK pressing, which took a good couple of years of searching for before it turned up in Kingbee Records, in Chorlton, and then, no sooner had I found a copy than they bloody reissued it. I bought one of the late `90s remastered reissues as well. My original crackles a bit, but it sort of adds to the vibe.

David Crosby – If I Could Only Remember My Name – Atlantic 1971

While, strangely, this LP wasn’t featured in the excellent 1971 documentary series, I think it’s fair to say that after listening to There’s A Riot Goin’ On and this, that there was rather a lot of coke going around the music biz in 1971. I think it’s also fair to say that the Almunia lads – who well get to in a minute – as well as most producers making modern ‘Balearic’ music today, are big fans of this album. It’s a gorgeous, rambling set of sun-kissed psychedelic West Coast guitars, weird Americana, and a spacey, jazzy surrealism. Apparently, it was panned at the time of release by Rolling Stone, which seems baffling now, but slowly gathered a cult following. The album`s Balearic credentials are pretty strong, with a cover version of the beautifully wordless Song With No Words (Tree With No Leaves) appearing on the 1992 Japanese single from Sth Notional – Yawn, Yawn, Yawn – which was thankfully reissued by Italy’s Archeo Recordings a few years ago. with the nice addition of a Kuniyuki remix. Further Balearic points have to be awarded to Psychemagik for brilliantly turning the track Orleans into their debut single, Valley Of Paradise.

If I Could Only Remember My Name is a really incredible record. Look at the players – Joni, Grace Slick, Michael Shrieve, Graham Nash, and Neil Young! I was lucky enough to pick up a nice original UK pressing when working at Vinyl Exchange in the late `90s / early 2000s, before it became too pricey.

So as a follow-up to David Crosby, revisiting this oldie but goodie … 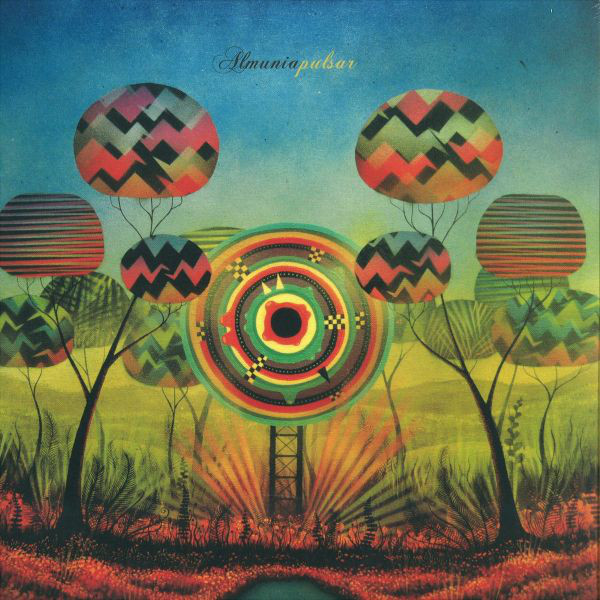 As a lead into the new LP from Leo Almunia, Mudd and Claremont 56 very cleverly decided to remaster and reissue this gem from 2013. Prices had started to get silly on Discogs for original copies of the first vinyl pressing, so I’m sure lots of people were grateful for the move. Pulsar is a stunning album, which I played a lot on its initial release, but hadn’t taken off the shelves in a few years, until I was sent the newly remastered files as part of my Claremont 56 Bandcamp subscription. I duly downloaded them and transferred copies onto my iPod to get around to listening at some point. Around this time I had a lot of hospital appointments. One day I had a round trip of 5 hours, by trains and busses, to get my surgery wounds checked out. A long day of travelling through the Sussex countryside, so I put this LP on as I slowly rolled through the beautiful Sussex countryside in spring…and then when it finished, I put it on again, and then again. I think I listened to it 4 times on the bounce that day. It’s complete musical bliss from start to finish and is worth the price of a copy for the track Wrapped In Your Hair alone. In fact, if you’re listening to this and contemplating buying a copy, I’d wager a fair bit that by midway through that track – the second on the LP – that you’ve already made up your mind to press purchase. A modern Balearic classic.

Some wonderful new music from Claremont 56, and one half of Alumina …

This is a beauty, inside and out. After 2 wonderful LPs on Claremont 56 with partner Gianluca Salvadori as Almunia, Leo Ceccanti releases his debut solo album. It was well worth the wait. On first listen it sounds a little less dark and proggy / krautrocky than the previous Almunia LPs, with more sunlight pouring from the grooves, which is probably exactly what we all need after being in lockdown for a year and a half. But the elements you’d expect are all here in abundance: Balearic grooves, with influences from `60s West Coast psychedelia, acoustic folk, southern soul, even some jazzier rhythms, all infused with those soaring guitar parts – both acoustic and electric – which are so important to the Almunia sound. After a couple of listens the throbbing grooves of Il Cormoran, beautiful acoustic builder, Loveblind, and the jazzy shuffle of Wishing Star, have leapt out as current favourites, but this whole album is a really wonderful, uplifting, and melancholic, and joy to listen to. It also has another fabulous LP cover from Mark Warrington – one of his best.

Originally released in France in 1973, this LP is the soundtrack to an animated adult sci-fi film which translates as Fantastic Planet. The soundtrack album is a wonderful blend of psychedelia, funk, jazz and classical, with many themes being repeated throughout, with minor variations, in the style adopted by some library music LPs. It closely resembles the work of David Axelrod, with superb tough drums and masses of symphonic drama going on, but there’s hints of other composers, such as Johnny Harris, Roy Budd and John Barry, and a subtle dollop of Pink Floyd, too. Its huge beats have led to several hip-hop artists sampling parts of it, and thankfully that led to J. Saul Kane reissuing it on his D.C. Recordings label at the turn of the millennium. Although choosing to use alternative artwork to the original LP, they did an excellent job, drawing on other images from the film to produce a beautiful gatefold sleeve, and insert. Although I’ve yet to watch the film, the general story is: in the distant future, the gargantuan blue humanoid Draags have brought human beings – who are called Oms as a play on the French word for “man”, homme – from Earth to the planet Ygam. The Draags consider Oms animals, and they keep some as pets. Nothing weird there then!

Finally, Happy Birthday! to Prince Rogers Nelson, who would have been 63 today …

This was the first Prince record that I ever bought, sometime in the summer of 1984. It was a truly special summer for music, but a golden era of what was known as ‘the new pop’ was about to come to an end. I didn’t know that then, but even if I had, I needn’t have worried, since the thing that was going to replace it all had also just arrived. I don’t think it’s any exaggeration to say that this might be the most important record I ever bought – certainly it’s right up there with Adam Ant`s Kings Of The Wild Frontier in those stakes. That was my first LP, but this was the record which put me on the – slightly obsessed – musical path I’ve remained on ever since. I really was “ too far gone, ain’t no way back” after this. This might be Prince`s finest record, and it’s certainly in my personal top 5. It still sounds so futuristic and alien. I have to admit that when I first heard it I had no idea that Prince was African American. I thought he must come from Berlin or some other exotic European location, or maybe outer space. I lucked out when I bought it, getting a limited double 12” pack, so not only did I get the fabulous and criminally underrated 17 Days, but also 1999 and D.M.S.R. as well. Talk about the best £2.50 you’ve ever spent!

This is my favourite Prince record, from my all-time favourite LP, Parade. I don’t really understand why this is so. I think Prince has written many songs which it could be argued are much stronger, more complex, interesting and catchier than this one. It just has some spark of magic, that even turns the monochrome presentation of the associated LP / single / movie into psychedelic technicolour.

The 12” mix is a brilliant version, almost 10 minutes long, grooving along on a wave of pure joy. And yes, my copy still has the poster inside. Thank you, Prince. Forever in my life …