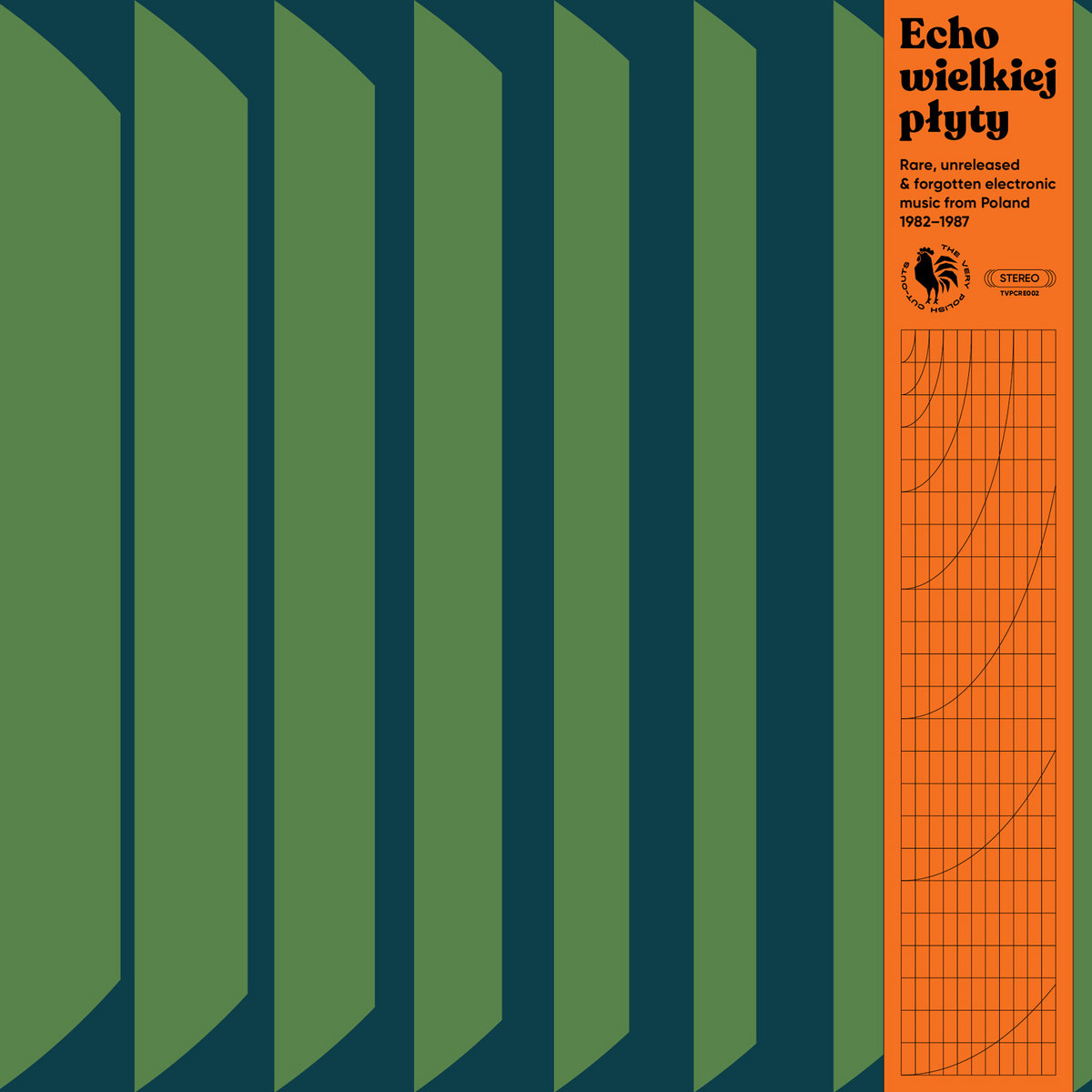 The super sleeve notes that accompany this compilation explain a major difference in the evolution of electronic music on either side of The Cold War`s “Iron Curtain”. In the West the 1980s saw the production of “budget” drum machines and synths – putting the technology necessary to create within the reach of most. The affordable hardware, in the hands of enthusiastic amateurs, giving rise to genres like hip hip / electro, house, and new age. However in Eastern Bloc countries, such as Poland, these audio innovations were almost impossible to obtain. They could only be purchased through private import, and then only paid for in black market dollars – the exchange rate effectively inflating the price to the equivalent of a year`s wage. As consequence, rather than the result of a DIY, almost punk, ethic / aesthetic, Poland`s initial electronic experiments were confined to established, highly trained, musicians, who had access to this kit via state-owned studios and radio stations. In sort of parallel to sonic pioneers such as Delia Derbyshire at the BBC, the alchemy that many of these folks indulged in was done so in the name of TV. Paid for by commissions for themes and cues. This is the music that The Very Polish Cut Outs have painstakingly collected on ECHO WIELKIEJ PŁYTY.

So, the sounds here are not Thomas Leer / Robert Rental rough, or Suzanne Ciani / Iasos serene. They’re not Daniel Miller’s J.G. Ballard-inspired post-punk, or Marshall Jefferson’s Ron Hardy-influenced jack. In the main, instead, they are mechanized prog-rock / jazz-fusion – but don’t let that put you off. For example, Grupa Jot`s vocoder-ed Pamiętnik Manekina, is full of 808 boom, flickering circuits and scratching effects, in the fashion of Herbie Hancock`s Rockit. While Stefan Sendecki`s Take Off is a ringer for early Haruomi Hosono / Ryuichi Sakamoto / YMO`s funky, 1000 Knives. Boasting a body-moving B-line and keys that wouldn’t be out of place on Larry Heard`s Alien.

Pretty much all of the tracks, had they been available, could easily have slotted into the sets of Italian DJs Bepe Loda, and Daniele Baldelli. Most of them proto-italo-disco-dancing on the border between afro, cosmic, and balearic. Space age jams where computerized congas and otherworldly whistles waltz at tropical tempos, and oriental timbres are set skanking. Where bionic brass, Fairlight fanfares, and imitated idiophone, Tubular Bell, chimes, chug chunkily, and slapped basses bump mechanical melodies, all Wally Badarou-esque. There are military marches, and polyphonic Oberheim opuses, sedate serenades and solar flights. The standout for me is Andrzej Mikołajczak`s Tori.