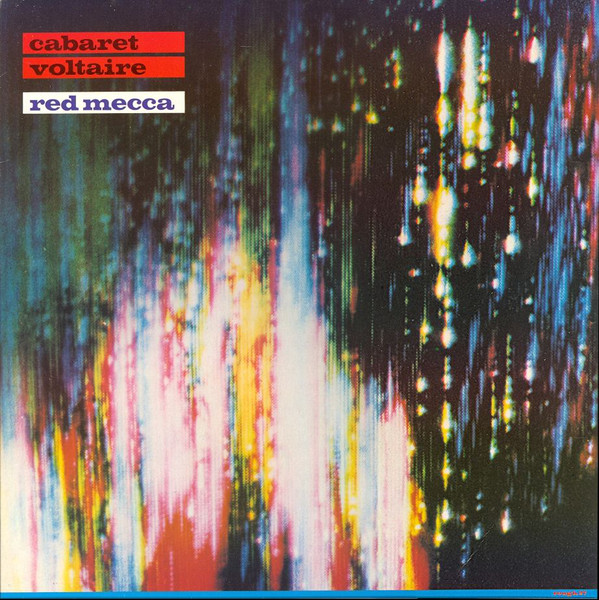 I didn’t know Richard H. Kirk, and never met him, although I did attempt to interview him around the the time that Music From Memory reissued some of his seminal Sandoz material – an E.P. of playfully percussive, metallic, techno, proto-jungle, with an organic flow, chant-sampling analogue Africa. Requests to which he didn’t reply. I understood it was a long shot, since from the outside he seemed to be a very private person, exuding a slightly cantankerous aura, to keep pests like me away. Giving off the image of an artist busy in isolation, locked in the fortress of his home studio – “Kirk Towers” – obsessed with state surveillance, and its Orwellian / dystopian intrusion. He predictably abstained from social media. While his former founding Cabaret Voltaire co-conspirator, Stephen Mallinder seemed happy to collaborate all over, here, there, and everywhere, Kirk appeared to prefer to beaver away alone, cranking the handle in seclusion, and anonymity. Evidenced by his vast catalogue of countless aliases.

I was gonna say that musically he was fascinated by experimentation and the new, but in reflection I think that’s only partly true. Instead what he was clearly deep, deep, into was the possibilities that electronics provided, of course, but also dub`s sense of space, and THE FUNK.

Depending on your age, your entry point to Kirk and The Cabs will differ. For older heads it`ll be the early post-punk releases, such as Extended Play and Nag Nag Nag. The latter being an absolute, definitive, landmark of distorted DIY noise. Its grinding makeshift motorik rhythms, ferocious feedback, and dread delivery being an influence on everyone from The Jesus & Mary Chain to The Fall. An abrasive, wailing wall, it still manages to shimmy significantly.

Similarly Red Mecca`s “untutored” mix of machines, trebly, “violent” fretwork, and free-jazz skronk, inspired almost everyone who bought it back in 1981 to have a go themselves. Factory Records` New Order and ACR being famous enthusiasts.

Alienated outcasts in Thatcher’s “upwardly mobile” neoliberal Britain, and turned off by preening public school prog rockers, Kirk, Mallinder, and at that point Chris Watson, were instead influenced by Wendy Carlos` A Clockwork Orange score, Da Da, “Krautrock” and UK TV Sci-Fi, Dr Who and Quatermass, while channelling mounting inner city insurrection. Rocked to sleep by the nocturnal boom of Sheffield`s drop forges, they found themselves labeled Industrial, and as a result in close cahoots not only with Anthony H. Wilson`s mob of likeminded Mancunians, but also Throbbing Gristle`s occult Hackney-based clique. Driven by steam hammers, and BDSM whip cracks, their music was just as subversive, hypnotic and psychedelic, as that of contemporaries such as Chris & Cosey*.

For the more youthful, the first thing they likely picked up on was Sweet Exorcist`s Testone**. A ground-breaking release, coproduced by Kirk and Richard “Parrot” Barratt – who told me that it was “Skeletaltroincs…an experiment in how far you can gut everything out but still have enough body to dance”, it was like Kraftwerk boiled down and crystalized. Sparse, spare, and for the time incredibly minimal, boasting breath-taking bass and a video directed by Jarvis Cocker, it defined a sound, a genre – Bleep – which to be honest many attempted but failed to quite reach***.

This was music made at Sheffield`s FON Studios – a facility set up by members of local band, Chakk. Primarily Alan Cross and Mark Brydon, joined by super engineer, Robert Gordon. A place that nurtured new talent, such as the aforementioned Parrot, his DJ partner Winston Hazel, Steve Cobby, and Charles Webster. A venture that Kirk and Mallinder were central too. In the beginning they were a constant, encouraging presence****. A venture that spun into the internationally renowned and respected label, WARP.

Personally though it was Yashar that turned me on to Cabaret Voltaire, having bought the John Robie remix, unheard, based solely on the keyboardist`s Arthur Baker connection. My budding breakdancing mind boggled by this NYC Danceteria staple, by its teutonic tarentella, and spiraling Middle Eastern sequences. Resounding with warehouse reverb, in its original mix Yashar sounds like the Human League huffing on a hookah with William S. Burroughs in Tangiers.

The Cabs made no bones about Burroughs` impact on their work – as they cut and collaged not only their own sonics, but also “found footage” from films, radio, and TV broadcasts – a la Billy’s Break Through In The Grey Room*****. Their fandom was laid bare in song titles such as Here To Go – lifted straight out of the writer’s Western Lands. Said track was produced by Adrian Sherwood – remixed by François Kevorkian – and taken from the 1987 album Code, which also featured Hacienda favourite, Sex, Freaks, Money. Its industrial dance aesthetic – incorporating slapped jazz-funk bass and blasts of James Brown / Maceo Parker brass – later echoed in younger FON-produced acts such as Age Of Chance.

I have vivid memories of catching Sensoria`s promo clip on the subversive, cutting edge Snub TV. All subliminal flashes and flipped upside down, the music, dark, exotic, honed from the same hardware as Chicago house.

The Cabs had a go at house themselves, working with Marshall Jefferson, and Ten City, Kirk even moved to Chicago for a year. Finding time to collaborate with Ministry’s Al Jourgensen – as Acid Horse. A friendship Kirk recently cryptically referred to as “probably not a good move”. While as the `90s dawned their then major label, EMI, pushed the duo in a poppier, commercial, direction – resulting ultimately in the pair parting ways – both of them continued to save edgier gear for their respective solo projects.

Cabaret Voltaire and Richard H. Kirk’s recorded output is full of sides that could be labelled “Proto-This” and “Proto-That”. Be it the vocoder-ed jackbooted dalek-disco, EBM of Kirk’s Hipnotic, or the nascent new beat of The Cabs` Fascination. Forefathers of Concrete Production`s series of Funky Alternatives compilations, they even, inadvertently created the odd balearic beat. When I interviewed DJ Nelo, former resident at infamous White Isle afterhours, Glory’s, he told me that one of his proudest vinyl-spinning moments was playing The Cabs` taut, tense, Crackdown to a packed Pacha in `89. Moonboots championed the Six Sed Red side-line, Shake It Right. Sandoz` White Darkness was a sunset selection of Phil Mison`s at the Cafe del Mar.

In September 2019, Kirk completed Shadow Of Fear, the first new Cabaret Voltaire album in 25 years. Composed and designed to be played live and toured, its tone and concept seemed to prophetically predict if not the COVID-19 pandemic then the associated loss of personal freedom which sadly prevented that from ever happening. Richard H. Kirk Rest In Peace.

Notes
**Chris & Cosey`s proto-acid house track, Dancing Ghosts, was released on The Cabs` label, Doublevision.
**The title was actually Testtone – but WARP didn’t like the two ts.
***Except label mates LFO.
***Chakk`s early material was recorded at The Cabs` Western Works studio. Their debut single was released on Doublevision. Without that assistance they may never have landed the then record advance of 100, 000 GBP from MCA which allowed them to build FON (which stands for Fuck Off Nazis).
****They also cited French poet, Isidore Ducasse of “chance meeting of a sewing machine and umbrella” fame, as an influence.