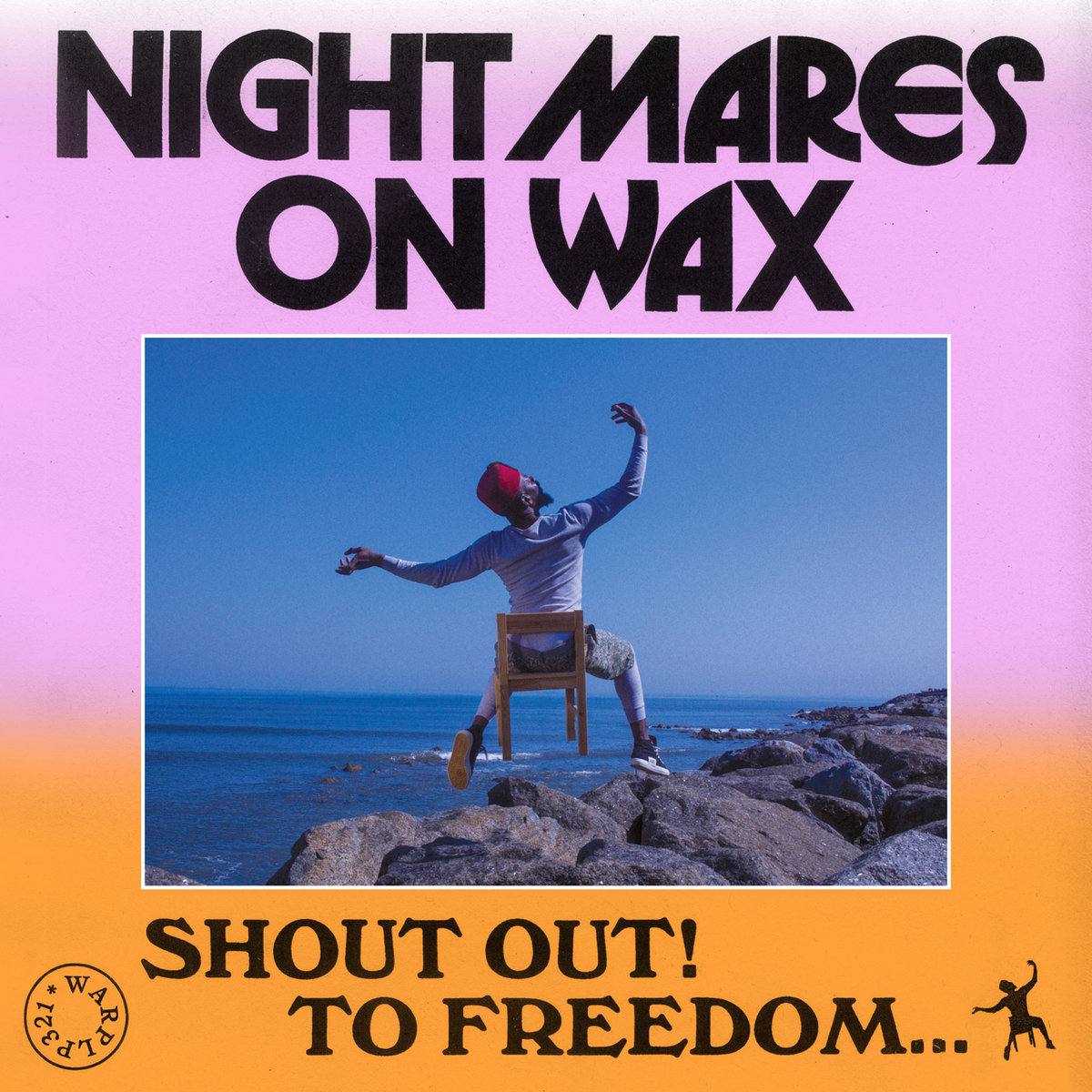 Prompted by both the global pandemic and personal health concerns, George Evelyn aka Nightmares On Wax, approached his latest album – Shout Out! To Freedom… – as if it were his last. Resulting in impeccably produced, impassioned soul music for your mind, perhaps more than your feet, which stretches across a sea of styles. Enlisting an array of versatile vocal talent, it`s a collective call for resistance, solidarity, strength in the face of adversity and stacked odds.

The set opens with a cross-section of collaged voices, repeating the word “freedom”. Sometimes like statement, at others question, making it clear that there`s a concept, a message, here. This segues into Imagineering, which is the sound of the NoW of old. The kind of chilled, Cafe del Mar-worthy, cut that has become George’s trademark since the acclaimed Smokers Delight, some 25, 26, years ago – kinda combining Ryuichi Sakamoto`s Sheltering Sky score with Seigen Ono`s Julia, but in a groovy, head-nodding, fashion. Yeah, there’s an accordion, and its soaked in cinematic strings, while the sparse piano refrain nods to Massive Attack`s homages to Satie – Heat Miser and Weather Storm. The delicately diced drums behind Creator`s heartbroken love song are pure playful D.A.I.S.Y. age sampledelia – grounded by the skillful syncopation of long-term collaborator Wolfgang Haffner. It`s another fine example of the smooth, sophisticated, seamless blend of r&b, hip hop, and dub – rooted in soundsystem culture – that George is synonymous with.

There are two overtly reggae-influenced tunes. London’s Greentea Peng fronts the first. Her dancehall-derived delivery, and healthy questioning of the powers that be, politicians – the titular Wikid Satellites – in a just world would qualify as a cross-over, chart, hit. New York`s OSHUN shines on the second, Breathe In – a heavy, flipped, blues / field holler. A righteous, smart, revolutionary shout, a militant march, that, to my ears at least, recalls The Fugees` similar collision of rhythm and rhyme, Ready Or Not.

The contrabass-ed – but still booming – 3D Warrior is the album at its most jazz. Initially all moody, in shadows, stoned like Billy Burroughs in Tangier, Shabaka Hutchings` snaking tenor sax line summoning the spirits of Parker and Coltrane, has them kick the gong around. Filling the air with the same coiled musical smoke that contemporary Tamar Collocutor excels in, while the song offers support to soldiers who stand against Babylon. Hutchings is also at the heart of the ethereal, prayer-like, Wonder, adding significantly to its ambient ache. The sublime, Haile Supreme, sings, dreams, of lovers reincarnated, reunited, free to make a fresh start, surrounded by minimalist backing, reduced to bass, and a whispered suggestion of where the beats might be. Isolated, featuring Pip Millett and Sabrina Mahfouz, is tropical breeze of a track. Machines popping and clapping, while the lyrical laidback-ness is part Billie Holiday, part Billie Eilish. 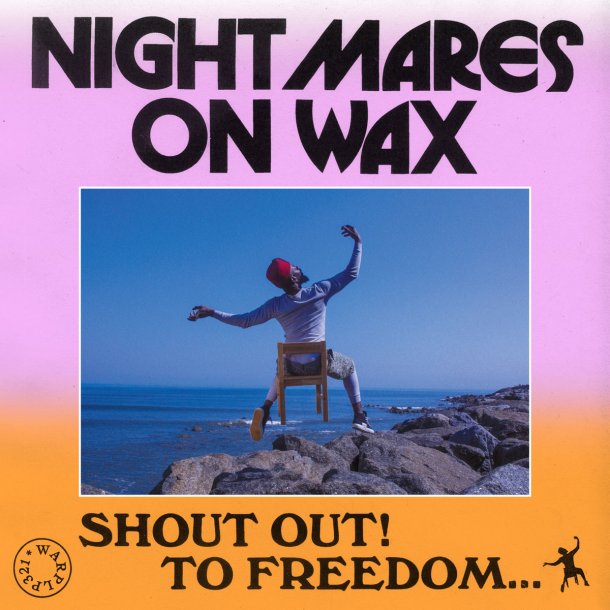 With everyone chasing the new, perhaps NoW is not such a hip name to drop, but they’ve been doing this for decades – releasing polished, accessible, not quite pop – without a quality dip. I do wonder if George truly gets the props. Personally I think Shout Out! To Freedom… is easily comparable to the currently hyped and admittedly super Sault. Perhaps this is best exemplified on Own Me, and Up To Us – further showcases for the gifted Haile Supreme – where despite being patently constructed from samples and loops NoW successfully recreate the warmth and empathy of Marvin Gaye`s What’s Going On, Curtis Mayfield, Leroy Hutson at his most socially aware. Up To Us, in particular – a fully-orchestrated, wah-wah-ed, positive paean to and for the persecuted, a tear-jerking, spine-tingling, falsetto testimonial – is a `70s referencing future classic.

Nightmares On Wax`s Shout Out! To Freedom…  is released via WARP, this Friday October 29th.