The movie`s focus is the humanitarian crisis that engulfs Mexico’s border – the plight of those, for any number of reasons, who feel forced to seek a “new life” in the U.S. Highlighting the corruption and criminality that these often desperate people fall prey to. Asking questions about the hundreds of them who go missing, who are “lost”. Valadez recounting the story with verbal economy, preferring to allow the actors` faces tell the increasingly harrowing tale. Her haunting imagery moving from the beauty of rural Guanajuato to a hallucinatory, Lynch-ian nightmarish finale. A blurring of guns and machetes, flames and fire, framed against obsidian night. Clarice`s compositions while understated, adding significantly to the mounting air of unease and horror.

Recorded in Clarice`s Brooklyn home studio and constructed solely from electronics and cello, all 4 tracks have their basis in drone. Like descendants of Conrad, Cale, MacLise, Young and Zaeela’s Dream Syndicate, The Day Of Niagra – their savage sustained note, now becomes a wall of malevolent noise. The treated strings singing in places with a sweet reed-like buzz, or wheezing harmonium textures, recalling Nico`s frozen Marble Index, barren Desert Shore. The high pitched sine waves, accompanied by this low frequency presence, a rumble, growing, as if rising from the Earth’s core. Even in a “mellower”, more ethereal, moment, such as Back To Miguel, the mood is nocturnal, nostalgic, melancholic. The music like a muted reprise of a former fanfare. The Devil is ghostly, spectral, barely there. Almost invisible, but everywhere.

Throughout there is an absence of any traditional idea of melody, or recurring cinematic theme / motif. Instead Clarice`s pieces evolve, as the drama unfolds upon the screen. Stirrings, as opposed to movements, in the orchestral sense. Scenes in themselves, landscapes, rather than money shots, pay-offs, or punch-lines. 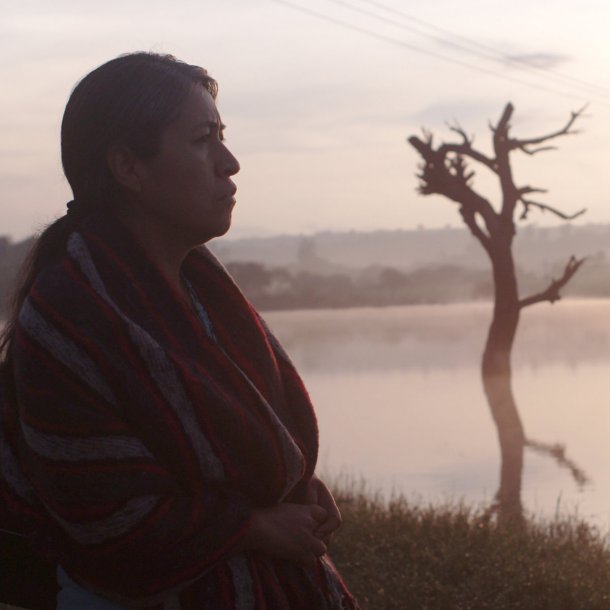