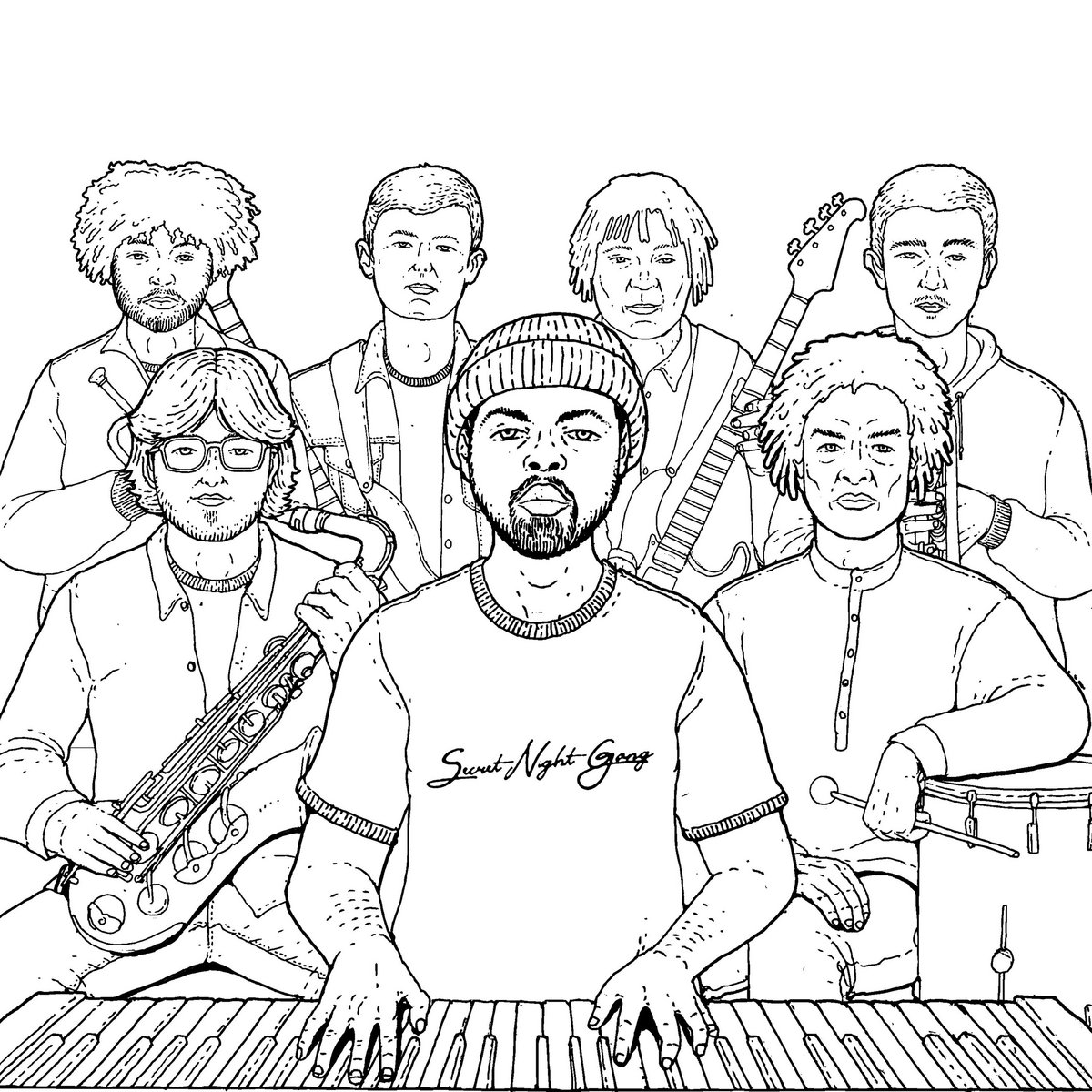 Secret Night Gang have been pricking up the ears of jazz, funk, and soul lovers for some time now: the young Mancunians have an enviably easy way with a melody, a relaxed charm to their grooves, a laid-back approach to music-making that can’t help but summon up the spirit of, say, Roy Ayers or Stevie Wonder in their prime. High praise indeed. Their self-titled long player then is a certifiably sweet treat for the ears – nine baked-in slices of the good, good stuff – perhaps the only quibble being that a late October release means that summer has been missed, sadly, as these tunes are pretty much sunshine on tap. Tracks such as Fall In Love demonstrate the band’s modus operandi: relaxing back into a lover’s rocking groove, Kemani Anderson’s plaintive vocals bringing the deep soul feels, its five minutes of symphonic street soul for the now – Quincy Jones getting busy in the Arndale Centre, laying it down with a flourish.

There’s a warmth here, an acknowledgement of traditional structures, updated and dragged into the chaos that passes for today. Beautiful Day, for example, zings with flavour: classic backing vocal licks spicing up an ode to positivity: ‘despite everything that’s happening in the world…. what a beautiful day’ sings Anderson, and all you have to do is walk outside, breathe deeply, and agree: the world always was, always is, and always will be, beautiful.

The gang can up the tempo and keep the groove bubbling: Journey rides Stuart Whitehead’s bumping bassline, flings in the horns, propels feet to dancefloor: Tom Walsh’s trumpet soloing blissfully. Forget your worries and dance. There’s a freshness to it all, the young guns having some fun – crazy ladies on the run and all that. Wide-eyed and wonderful: no cynics allowed.

Seven and half minute centrepiece, The Sun, sums it all up: a lament for the warmth of an old love now dwindled, yearning, slow-burning, looking to the heavens for guidance on worldly matters – love and nature,  the two keynotes to everything. Five minutes in and the band are cooking: Jack Duckham’s guitar solo tipping a nod to Santana, maybe, before we drop back down into the meditative vibe. ‘It was the hardest decision to make, but I knew I had to let her go someday….’

Old heads on young shoulders then, and a really well conceived updating of sounds that never really date in the first place. You can never tell, of course, but I’d warrant that Secret Night Gang could easily vault over the divide between the underground and the mainstream – its all there, the real deal, packaged and ready to rumble. Coming to a big stage at a festival near you next summer for sure. Scorchio.