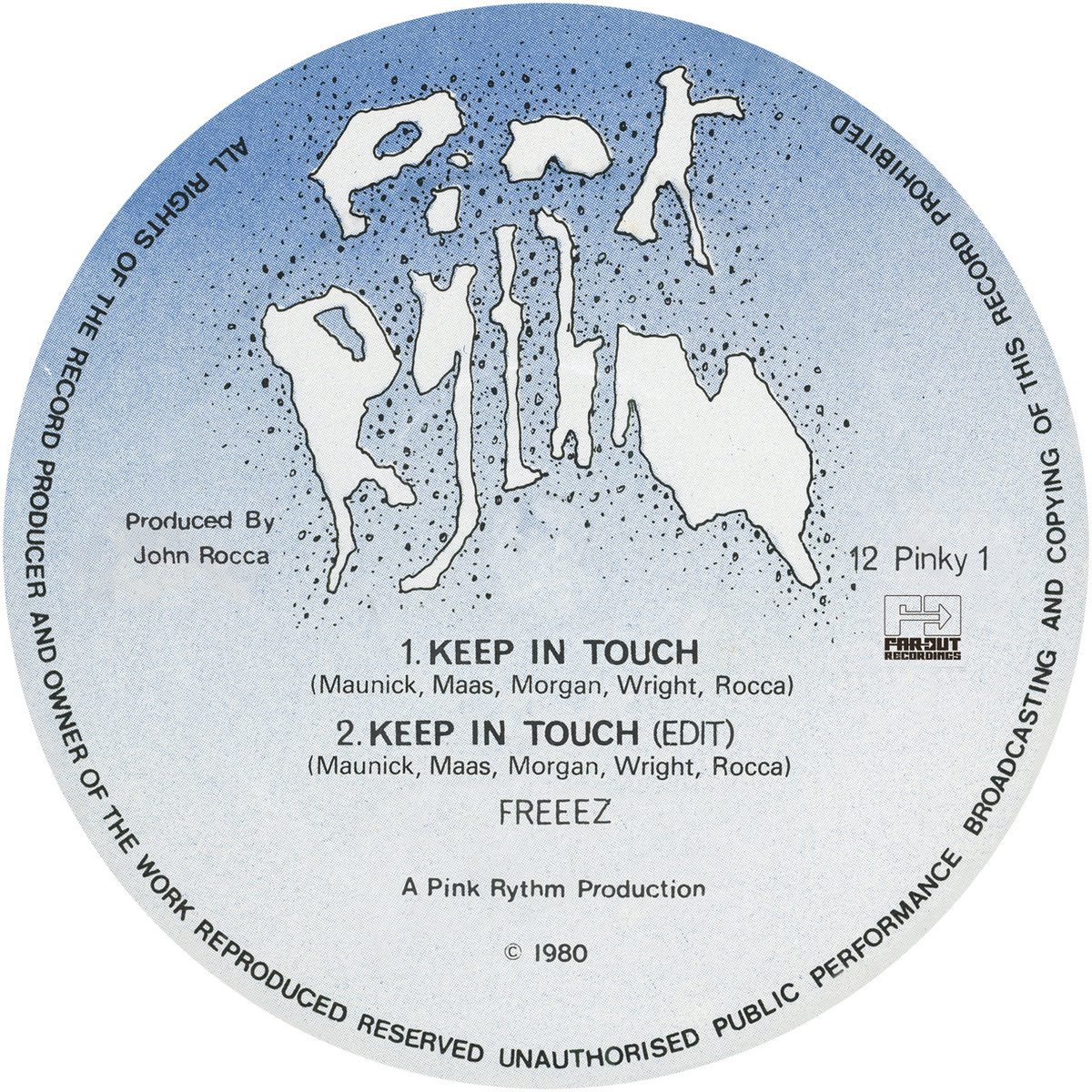 Learning percussion from a Ghanaian guy called Shaft, and playing in his mum and dad`s flamenco cabaret act, John Rocca auditioned for Jean-Paul “Bluey” Maunick`s band by adding his bongos, congas, and vocals to a Roy Ayers track. Jamming with Bluey and roomful of other young, hopeful, musicians, in a damp basement below the electric afro clipper buzz of Dalston barber’s shop, once a week, on a Thursday night, in the mid-70s, this is where Freeez was born.

Working for soul / jazz / funk vinyl importer, Disc Empire, based on London’s Kings Road, as he raced between airports and specialist shops with boxes of fresh, hot, wax, John got a feel for the business, and how a record was made. Collecting his savings, and borrowing the rest from his nan, he hired a fancy West End studio – at the cheap overnight rate. Recruiting a handful of folks from that Dalston basement, with no prior experience whatsoever, John produced and recorded the instrumental, Keep In Touch, in one hit, sleepless, with the mastertape in its box by the time the sun came up. He was only 19.

John’s brother, Danny, designed the label logo, Pink Rhythm, and the two of them spray-painted, stenciled, a 1000 sleeves. They splashed out on shrink-wrapping in an attempt to fool the musical snobs and elitists, to convey the faux cache of a Stateside release. John initially sold copies from behind the Disc Empire counter, until the track was picked up by the pirate radio stations of the day. They subsequently, sharply, shifted over 5000 12s, completely independently, to the soul all-dayer, weekender, Caister, crowd, which lead Freeez to a deal with Pye / Calibre. John told me that on the day they signed he celebrated by going to the Angus Steak House on Oxford Street, ordering from the top of their menu, and once he’d polished that off, freaked the staff by ordering the same again.

Aligned with the stripped back brit-funk of contemporaries, Atmosfear, Keep In Touch is intro`d and driven by a clipped rhythm guitar. Breathless with the thought of realizing their dreams, the bands` hands are enthusiastically clapped, the bass boisterously slapped, and the synth set on a course for a shimmy in outer space – taking a legion of leg-warmer wearing soul girls and boys, jazz-funkateers along with it. There`s a latin edge to everything, recalling songs such as Starlight, by Index, and Touchdown`s Ease Your Mind, but Freeez` first single preceded both of these by at least a year. Some proper piano rules its final third.

Flying high on the success, the follow-up saw a bigger budget, and by John’s own admission, his ambitions got the better of him – bringing in session players for far busier arrangements. He saw the recordings move away from his original idea, and ultimately out of his control. The thunder-thumbed Hot Footing It is still damn funky. Its “Feet back on the ground” lyric possibly a reference to Baaska & Scavelli`s notorious bottom-end testing London jazz-dance cover-up. Stay features some “cool & breezy”, elaborate, near flamenco, balearic boogie, 6-string stretches. The keys, quality, but a sax now taking charge. The results got Freeez bumped from their contract, but both tracks sound absolutely classic now.

This was all way before Southern Freeez, Top Of The Pops, New York, electro, Arthur Baker, I.O.U., and worldwide chart success.

Far Out Recordings are reissuing Freeez` first two singles, Keep In Touch, and Stay / Hot Footing It. You can order copies order directly from the label, or Bandcamp.

For more from John, please check the in-depth interview that we did a few years back.