All words and selections by our resident four-to-the-floor expert, The Insider. South London based producer, Nebraska, returns for his fourth outing on Heist, effortlessly employing his sampling magic tricks and deep house knowledge to deliver this four-track epic, Chant Des Oiseaux. The E.P. is wrapped around a collaboration with singer, BeBelle, who has worked previously with the producer on his Friends & Relations imprint. The title cut opens with the hope and joy of Jean Luc Ponty’s Computer Incantations, and Nebraska showing out in full-on Balearic circle mode – birds flutter and chirp playfully circling BeBelle`s beautiful vocals. Flip the switch to the Detroit-inspired Skelp Tune, where clever sampling and killer disco energy culminate in a track that`s classic dark and dirty Nebraska. On the B-side, Cop Show is a straight up disco house gem with a low-end that’ll make your living room walls shake so much that your neighbours will be on the blower to the Old Bill! Things close out with Henri Rousseau, where both BeBelle and tropical birdsong sit on top of a deadly groove.

Panna Cotta, got together on the Tempelhof airfield, a place where the trendies of Berlin stroll on summer nights. Their debut album is a sonically sugared audio delight entitled, Sunrise. Produced with blissed-out, sun-soaked, love-filled days in mind, it sits somewhere between sultry disco and highly polished electro pop. Made on all vintage gear, it holds close to the past, but with packs a contemporary twist. The result being a sublime combination of warm keys and heart beating drums. If you listen to too quickly, you`ll miss all the nuance and shade of that this particular pudding has to offer. Marcel Vogel adds extra dance floor power, and drops of hazy acid, on his interpretation of the title track. Like the duo’s delicious namesake dessert, devour this slowly. Allow it to melt in your mouth while doing nothing, except enjoying the soft and sweet music.

Brooklyn outfit, Super Yamba Band, have gotten together with Ghanaian  griot, Osei Korankye, on this killer two-track 45. The four-piece band are known in Brooklyn for their hi-energy, and highly infectious live act, often performing with West African vocalist, Kaleta. The band met Korankye while he was gigging in New York. Band leader Daniel Yount, performed on the same bill and during this time the bond was formed. Super Yamba Band wrote and performed the music, inviting the master musician and singer, to add his poetry and storytelling vocals. This is music for fans of the great Fela Kuti, and `70s afro grooves in general. This very limited pressing – on the hallowed Ubiquity – presents two powerful psychedelic funk gems that both really hit the spot. 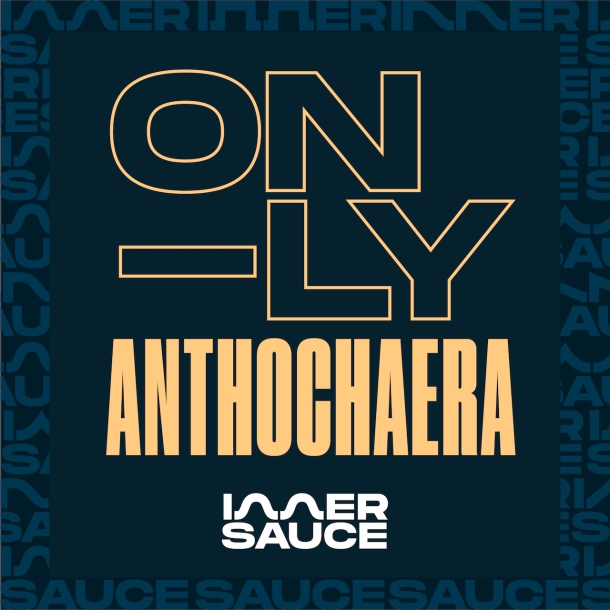 Submerging himself in the Melbourne live music scene, UK born, Australia based, Zepherin Saint, started Inner Sauce as a platform to celebrate this thriving musical culture. On-Ly is a Melbourne native. His real name is Joshua Smeltink. Here he delivers the E.P., Anthochaera. This hugely talented pianist / composer / producer is deeply in love with the nu-jazz groove, and the art of improvised performance is where he`s most at home. Spontaneous inventions of melodic solo lines accompany the beat on this four-tracker. that fuses jazz with broken beats, house, funk, and hip hop. With an electrifying live feel, listening, it`s as if you’re there, in your very own private show.

Opening cut, How’s That, sets the stage – after dark in a mid-tempo moment, while you could almost dancing at a West London Co-Op party on That One. Flush moves further and deeper into broken and experimental territory. Funky Isolation ups the pace and ends the E.P. on a fast and frenzied, big band, psychedelic trip – which I can only imagine is incredible when witnessed in the flesh! Balancing the sound of his hometown’s colourful underground, with inspirations like Deodato and Azymuth, this is music that plays out like a powerful and life affirming statement in these troubled times.

Balearic lovers will know Lex from his impressive run of releases on Leng. Here the Athens-based DJ / producer joins forces with fellow Athen’s native, Locke. These key figures in contemporary Grecian nightlife met when they were joint promoters at a highly selective and mysterious party called, Move, which takes places in stunning locations, such as ancient ruins, on the sun-soaked Greek islands. Grabbing the attention of London’s Delusions of Grandeur, the label for all things off centre, and disco wonk. The opening number is seven minutes of spaced-out bliss, which gets treated to a remix by everybody’s favourite Italo disco maestro, DJ Rocca. Rocca’s resume reads like a who’s who of Italo and disco. He continues to work closely with Daniel Baldelli and Dimitri From Paris. Here, Rocca goes in hard, switching up ALL elements, adding his trademark dub-iness and deepness to the proceedings, plus playing his flute over the top. Proper! The B-side goes deep, with See No Ball, and then climaxes with the low-fi cosmic jam, Catch Up With The Sun. Delusions of Grandeur goes Balearic to the MAX! 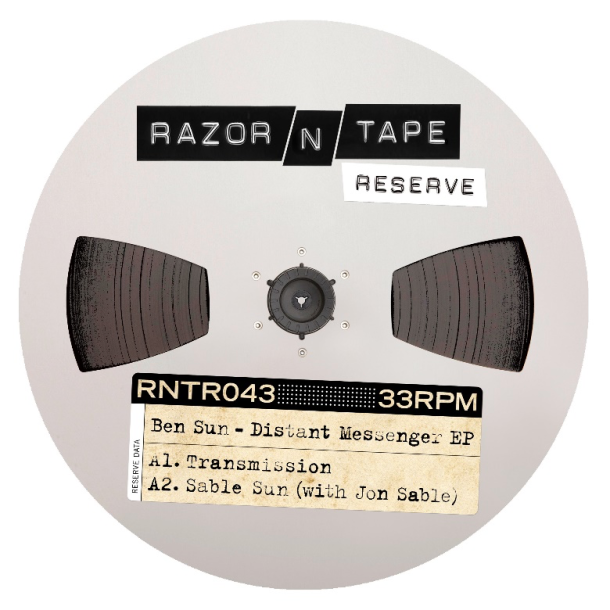 Those in the know will be fans of Ben Sun. His run of outstanding releases on Delusions Of Grandeur may spring to mind. The Aussie now calls London his home, and he’s been playing on the underground scene in the city for time now. His inspirations are in plain sight, Ben making no secret of his love of the deep textures of house that harks back Chicago`s golden age. Here, he invites the brilliant Jon Sable – who has worked with Tief, and Banoffee Pies, and who runs In Dust We Trust, with fellow Kiwis, Chaos in the CBD – to collaborate on track, Sable Sun.

I don’t have a favourite on this E.P. – each entry is very welcome in my house. Like the best body music, the bass-lines are built to make dancers do their thing all night, while the pads shimmer, iridescent, and the beats cascade with purpose. Shining bright in a sea of mediocrity, Distant Messenger, is start to finish class, and then some.

Boogie Angst is the label of love of Dutch trio, Kraak & Smaak, who’ve been treating our ears to fabulous funk and deadly disco for almost two decades. The Boogie Beats collection is now on its third round, and this time comprises a seven-track selection, which kicks off with Fittipaldi. Named after the Brazilian 1970s Formula One racing driver, Wilson Junoir, this Italo disco number will get your head nodding and your feet tapping as it pulls you onto the floor. Steven Kimber’s I Wanna Be The One – remixed by reigning re-edit kings, the Drop Out Orchestra – is the new Lovebirds in my mind. It`s sure to be an Adriatic festival sensation this summer. There`s also a bonus extended version which will please disco dancers as they can twirl under the disco ball even longer! King Mutapa’s Gimme That Funk is also a contender for track of the comp. I can’t quite decide, but it’s doing all the right things to my feet. There`s a cool contribution from Californian duo, FUTVRST, while Detroit’s Pontchartrain features, with a Motor City joint entitled Cheap Plant’s – which surprises, since I was expecting full-on funk on this comp, but I guess this definitely demonstrates Boogie Angst`s full range of sound and variety.

Selections from all these releases can be heard on Saturday – 8 til 9PM Japan time, currently 11AM GMT – when The Insider will be my very special guest on The Remedy, care of FM Karuizawa 77.5 MHZ. Following broadcast, the show will be archived on Mixcloud.